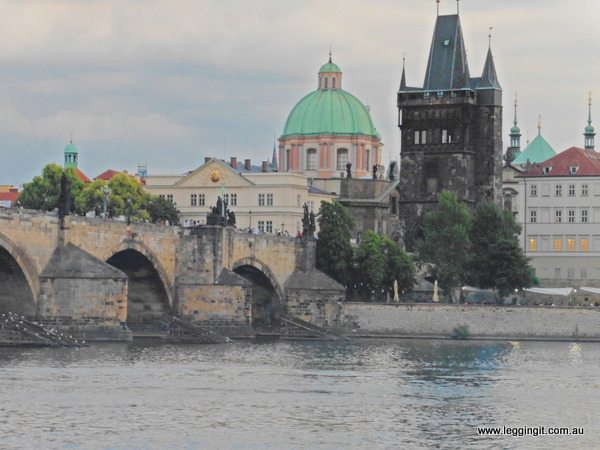 It is hard to imagine we have been home for a year already and in that time we have only had a short break in Bali and experieincing some of the local events like Fairbridge Festival, Araluen Tulip Festival, and the Easter Street Arts Festival. After spending three years on the road in Europe people imagine we have seen everything but of course we still have many places to explore so next week we head off on our next Legging It adventure, a trip to Europe for a month. No motorbike as the weather is a bit cold (at this stage snow is looking likely for most of the journey) so trains will be our main transport on this adventure.

We start in Prague, somewhere we visited with friends in 2015 and really enjoyed so we are excited to return. While we have seen the Castle and other main attractions, there are plenty of places for us to still explore, top of our list is the David Cerny’s bizarre sculptures that are scattered around the city. The city also has a fascinating Jewish history which we are interested in learning more about including a cemetery which is multi-layered as there was a  lack of space. Of course, as always there is also the amazing Czech food and local beers which we are looking forward to sampling.

After a few days in Prague, we will be heading by train to Dresden for a couple of nights,  again food features highly on the agenda as we try and find some of there local delights. Dresden has an amazing history and was almost completely flattened during World War Two . While this was never regarded as a War Crime it was referred to as an ‘immoral act, so quite controversial.  Most of the city is now rebuilt to how it looked before the attack, including the Frankenkirche which was only completed recently.Although the main attraction for me is the Music House a beautiful colorful house, where music is played through the water pipes.  I am sure we will find enough to keep us busy for a few days.

Next stop is Berlin, where we will spend five days exploring what it has to offer. We hope to learn a little more about the history of the city both before and after the fall of the Berlin Wall. We have heard amazing things about Berlin and it’s diversity so look forward to spending some time there.

From Berlin we head to Poznan in Poland, we have never been to Poland before so it will be a whole new experience. Poznan is famous for it’s St Martin’s Croissant, different from any other in the world so we look forward to trying them along with other Polish delicacies. Other than that we know nothing about Poznan so we will do a Walking Tour and explore from there.

Onto Wroclaw where to be honest, the attraction is these little guys, scattered all over the city are statues of gnomes/dwarves. They go back to the communist era w they were scattered across Wroclaw as a form of rebellion….so we are going on a G\gnome hunt.

Krakow is the next stop, this will probably be the most confronting place we will visit with a visit to Auchwitz to learn more about that terrible time in history. We also hope to be inspired by visiting Schindler’s Factory where he saved so many. Along with a visit to the Salt Mine which has a church inside it and some other interesting places.

We then fly to London for a few days to catch up with family and friends.

Our final stop is in Budapest, another place we are really excited to see. Everyone we speak to raves about it so we look forward to discovering it’s magic, cuisine, and culture. From there it is a train back to Prague and home to Australia.

So follow us at Facebook and Instagram for our latest adventure and we will show you how to get some good value experiences so you too can explore the world.

8 thoughts on “We Are Legging It Again”