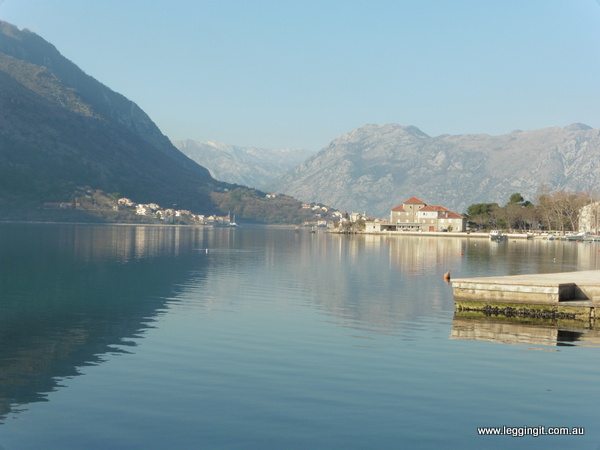 After riding around the Montenegrin countryside yesterday, with Michele climbing on and off the bike, this morning she woke up very sore. A few days ago in Belgrade she’d fallen on an icy step. As a result her arm was bruised and she’d been experiencing pain in her ribs. The pain was so great that both Panadol and Ibrufin were no longer controlling it. We decided that it was time to visit the doctors. It was not an easy task as we had to contact the travel insurance and organise with them. 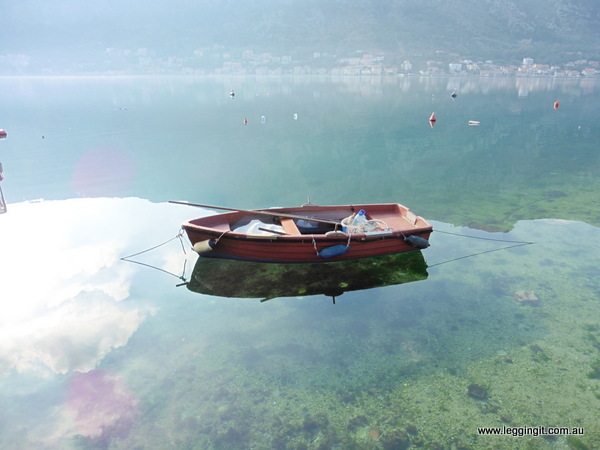 Eventually we set off for Kotor to visit the hospital , about 20 km’s away. As we arrived in the city we spotted a Red Cross on a sign but the word looked nothing like Hospital but we just took a punt and it was a lucky guess and not far down the road we found the hospital. It was the typical sprawling site with different one storey buildings surrounding a larger building. The whole complex looked a little shabby, a bit state of the ark. The security guard pointed us in the direction of the main building where we found a typical dingy hospital reception with a sliding window. When I told the lady that Michele had taken a fall and had chest pains she jumped up and shepherded her to the treatment room. The treatment room already had a lady on one bed with wires attached to her legs and bare chest as they performed an ECG on her. There was no curtains around her and no form of privacy. 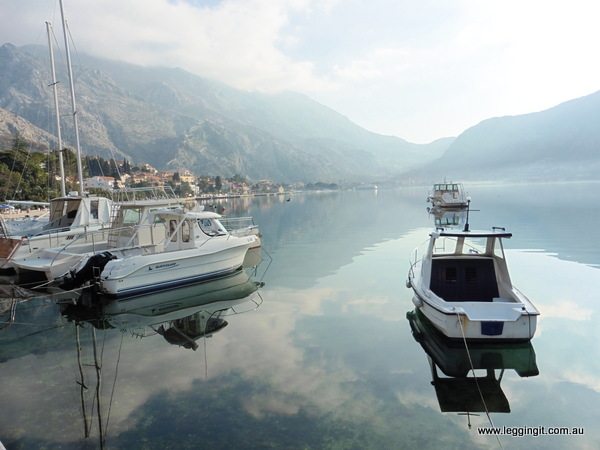 It was an interesting experience as the older nurses spoke limited English but a lovely young trainee became the official interpreter, fussing about. The hospital had a mix of old and new. The ECG machine used clamps and metal suction cups which were simply used by the next patient, it was a bit strange when the ones at home always have stick on electrodes which are thrown away after a single use. It’s interesting just contemplating the amount of waste generated by our new machines but is it also a way of a company making money through “add ons”.

After being assessed Michele was escorted off for an X-ray, with her young interpreter guiding the way (which was quite cute).

(Michele is taking over the story now) The Xray was so old it reminded me of the machines when I was a child. I did not feel too confident but followed my instructions ‘when I tell you to breath take a deep breath and then stop breathing’ , I was hustled out to wait with my young escort.

She was a lovely young girl who was actually still at school. In Montenegro they choose very young and she was in the ‘Medical’ stream, this means she spends one day a week at the hospital learning the ropes. She was saying in a class of 36 there are 26 girls and 10 boys (I thought this was a stark contrast to home where it is mainly males). She spoke excellent English, and was asking lots of questions about whether I could understand her. Her friends also popped by but they were more interested on checking their phones than talking. She told me all about her life and how she hoped to be a Doctor however University is very expensive and they have to pay upfront. O hope she can manage it as she seems a bright girl with a very good bedside manner.

After being sent back to the Doctor I was informed the Xray was no good and I had to go and get another, so back I went with the same instructions to stop breathing. Still no joy from that one so then I was sent for a CT scan in a brand new machine. Seemed odd after the age of the Xray machine but it was finished quickly, with the same stop breathing instruction.  Eventually the doctor determined that I had broken four ribs and gave me a script for some painkillers and suggested rest. He did say it was ok for me to still travel on the bike so that was all I needed… we can still head toward Rijeka for Karneval.

The hospital visit set us back €395 about $600 Australian, which we hope to claim back through travel insurance. While it seemed a lot the reality was I was there for two hours which was a lot shorter than I would have been in Emergency at home. 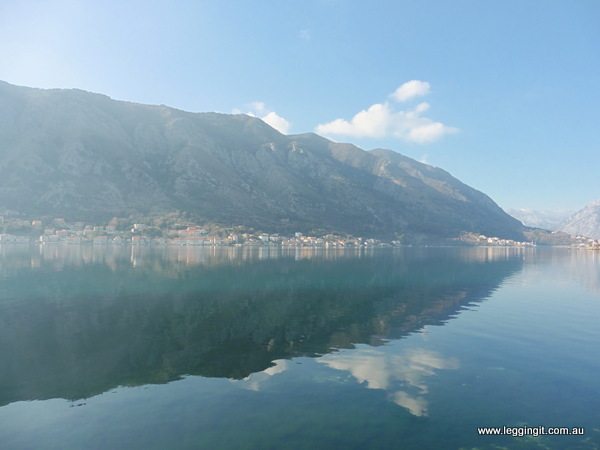 Leaving the hospital we found a Pharmacy and got the medication then headed to the Bay to find somewhere for coffee and food. We then spent most of the afternoon just chilling at a restaurant overlooking the Bay of Kotor. On a sunny day there’s so many cafe’s and restaurants which front the bay it’s almost impossible to pick the best spot. It was the best way to follow doctors orders to rest. Late in the afternoon we headed back to the apartment where the other two couples were toasting the afternoon sun, so we joined them on the balcony enjoying the final rays of the day as tomorrow’s forecast is for rain we made the most of it.

One thought on “Kotor Hospital, Montenegro”