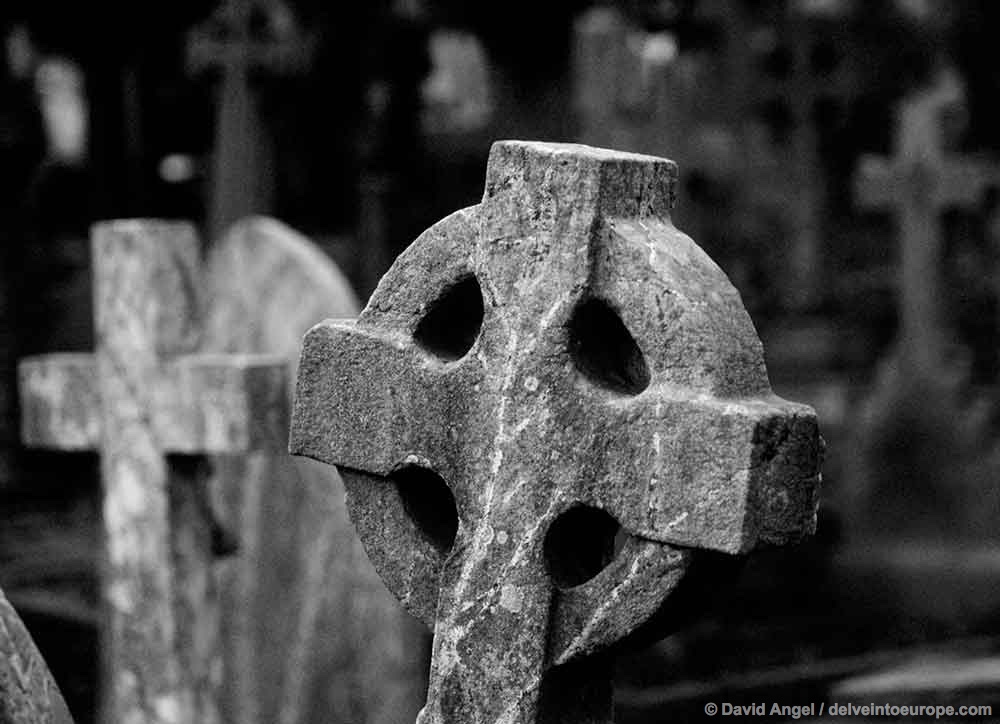 Today’s guest post is from David at Delve Into Europe.We visited this cemetery when we were in London but it is always interesting to read about other people’s experiences and their perceptions.

Most of London’s largest cemeteries are out in the suburbs, including Highgate Cemetery, the leafy north London village on the edge of Hampstead Heath. The metropolis of London grew exponentially in the early 19th century, its population increasing rapidly but also, with many living in unsanitary, disease-ridden squalor, a high mortality rate. So there was no longer enough room for the living in London, and they were fast running out of space for the dead too.

Parliament passed a statute stipulating that seven new privately-run cemeteries should be opened in the countryside around London to accommodate London’s dead. Highgate was the third of these to open, in 1839. The original cemetery was 17 acres in size, with most burial space allocated to members of the Church of England, and a small section for non-members of the church. The land cost £3,500 – you could add a lot more zeroes in today’s money. 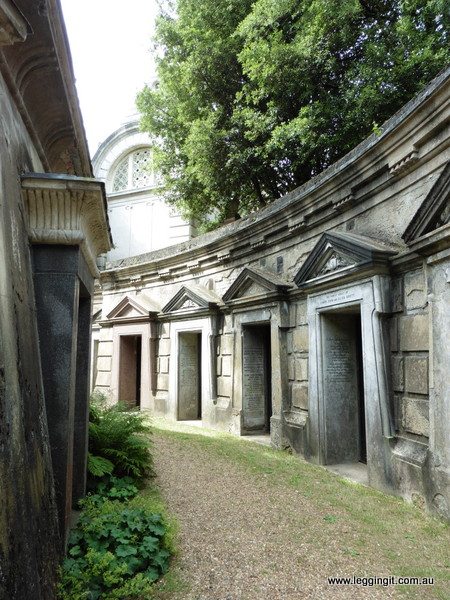 Highgate quickly became London’s most prestigious place to rest in peace. It became home to some of the country’s outstanding funerary architecture, including the Egyptian Avenue with vaults either side of a passageway which you enter through an imposing arch. The Circle of Lebanon is another impressive series of vaults, in a circle around an ancient cedar tree. Highgate’s location high above the city was the clincher for many, with the wealthy investing heavily to secure their future resting places.

Highgate Cemetery proved so popular that it had to expand, acquiring a further 20 acres of land the other side of Swain’s Lane in 1854, and opening two years later. The original cemetery now became known as the West Cemetery, and the new extension the East Cemetery.

The Cemetery has a total of over 53,000 graves, housing over 170,000 bodies. Its best-known resident is probably Karl Marx, the man whose philosophy was the forerunner of Communism: his monument, topped by the familiar bearded countenance, bears the inscription “Workers of All Lands Unite”. 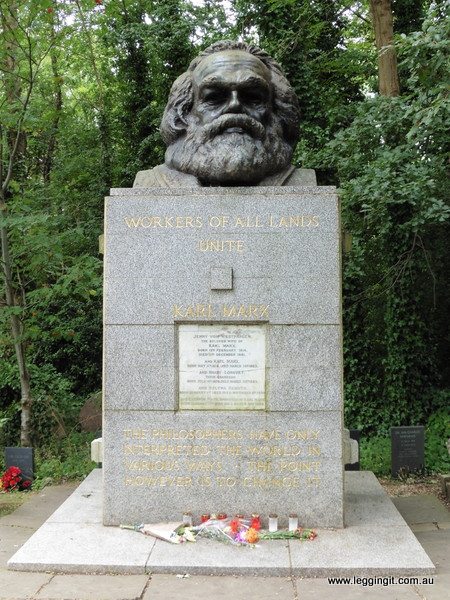 Marx is buried in the East cemetery, for which there is a small entry charge, but you are able to roam this section freely. Many other notable figures are buried in the East cemetery, including the 19th-century novelist George Eliot, and the Austrian sculptor Anna Mahler, daughter of composer Gustav. Her memorial is one of the most moving in the cemetery, a thin, solitary female figure standing over the grave with her head in her hands.

The East cemetery is a fascinating journey back through London’s social history. There are many reminders of the fragility of human life, and some gravestones told some desperately sad stories, of large families of children all dying by their teens. Parts of the cemetery are a little overgrown, with some headstones a little lop-sided after over a century of subsidence.

It’s well worth visiting the West cemetery on a guided tour as well, to see the architectural highlights and graves of the likes of 19th-century prize-fighter Tom Sayers and Radclyffe Hall, whose novel The Well of Loneliness was the subject of an obscenity trial in 1928 because of its portrayal of a lesbian relationship.

Highgate Cemetery went into a long decline in the 20th century as it became a less profitable business. It wasn’t until the 1970s that the Friends of Highgate Cemetery began lobbying effectively for its conservation. 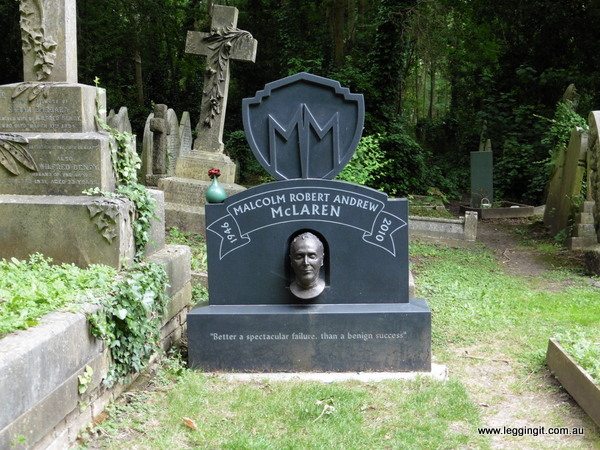 Both East and West cemeteries are still in active use. More recent burials include those of Douglas Adams, author of The Hitch-Hikers Guide to the Galaxy, and Malcolm McLaren, music impresario best known for being the manager of the Sex Pistols at the height of their fame. The singer George Michael, who originally hailed from nearby East Finchley, is buried in a private area of the cemetery, so it isn’t possible to visit his grave.

For more information on visiting Highgate, you can look here