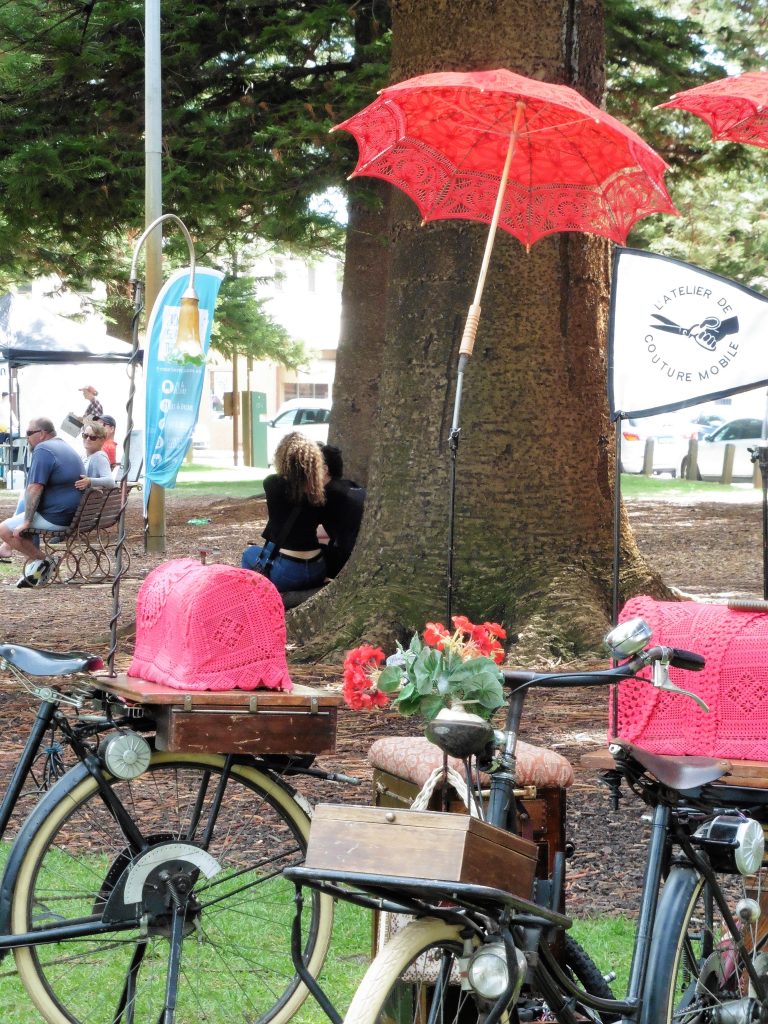 Every Easter long weekend Fremantle hosts an International Street Arts Festival. Buskers from all over the world descend on Fremantle  to share their unique skills. Spread out over a variety of venues plus numerous roaming performers you are bound to find something to capture your imagination,  If the first day is anything to go by the rest of the weekend will be a huge hit.

Here is just a small sample of the act we saw today.

The Sound of Sewing 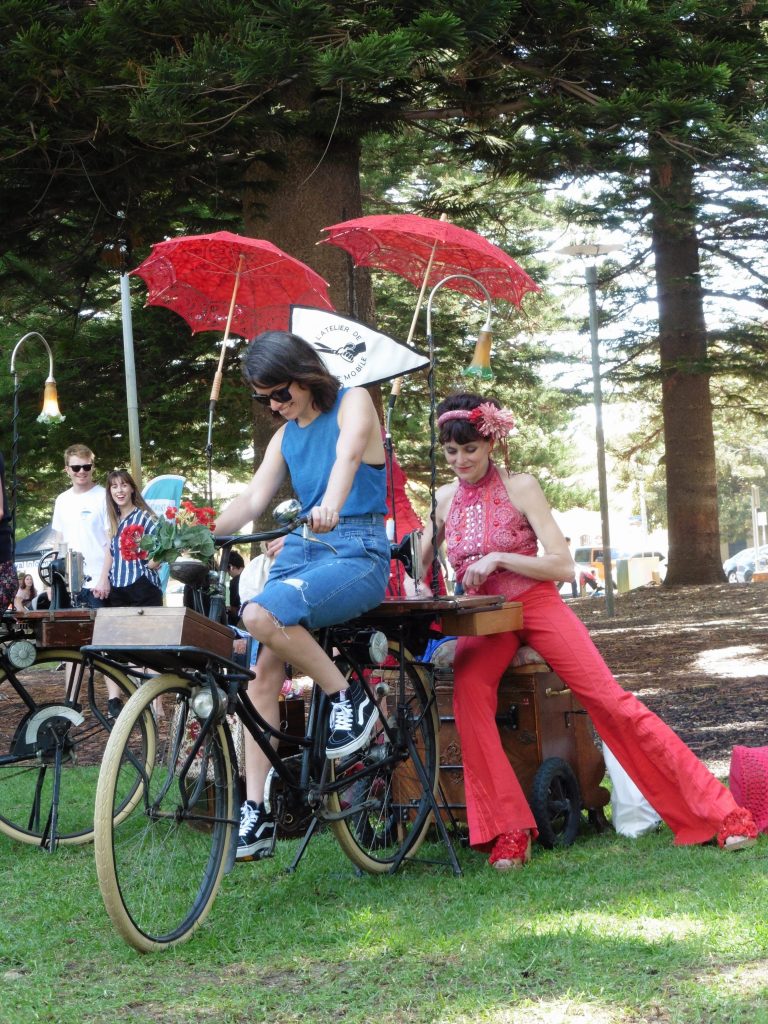 A Dutch duo who use antique bicycles to power sewing machines. They slowly transform an audience member’s clothing into a unique fashion piece. If you ever wondered how to use up that old doily and your leftover fluoro fabric this is the place to find out. Sit back and watch the ladies work their wonders and unveil the final product, you will be amazed what they end up with. 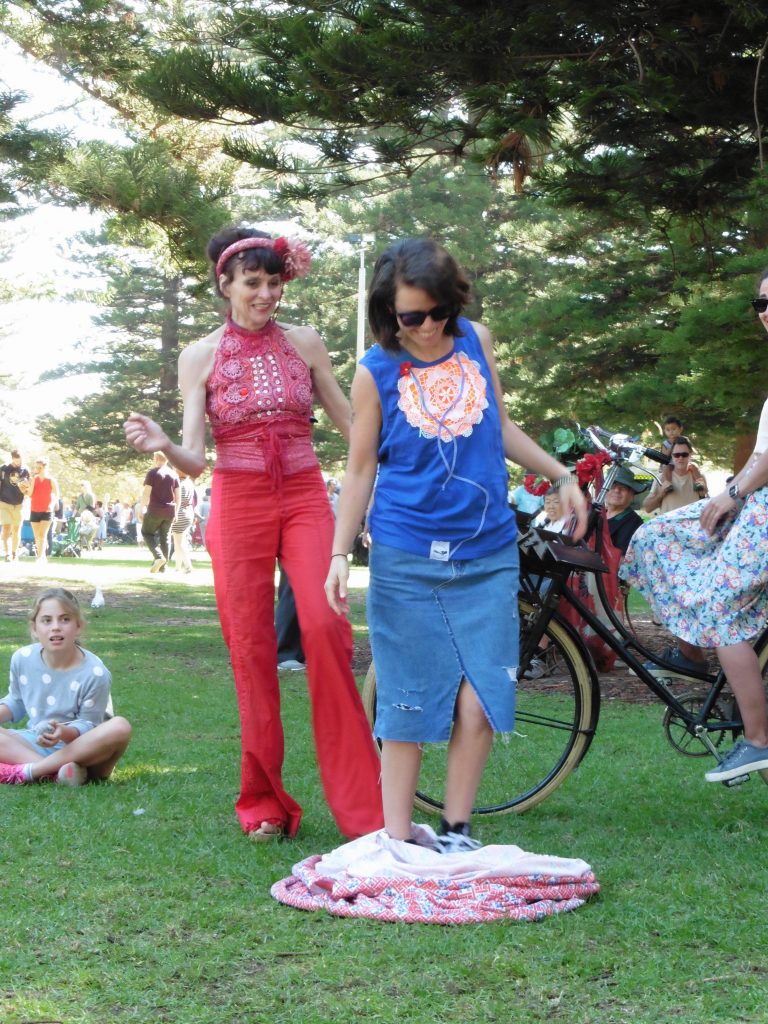 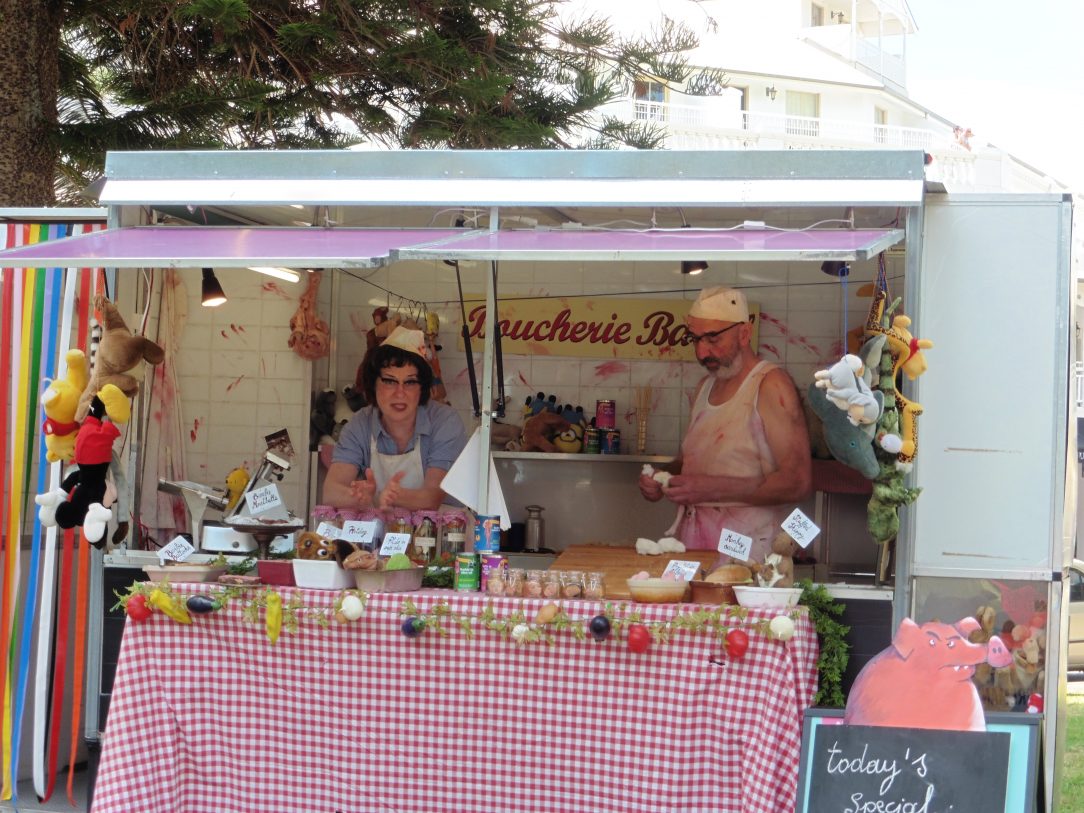 Probably the most bizarre Butcher’s Van you will ever visit, the Belgian’s who run  Boucherie Bacal will definitely leave you wondering. There selections of meats are all stuffed animals, their body parts being used for ‘yummy’ Belgian sausages and a variety of skewered body parts. They also have a range of ‘free range’ Barbies served in an interesting selection of ways. While not for the faint hearted it was a lot of fun although their menu did not tempt me to try any of it. 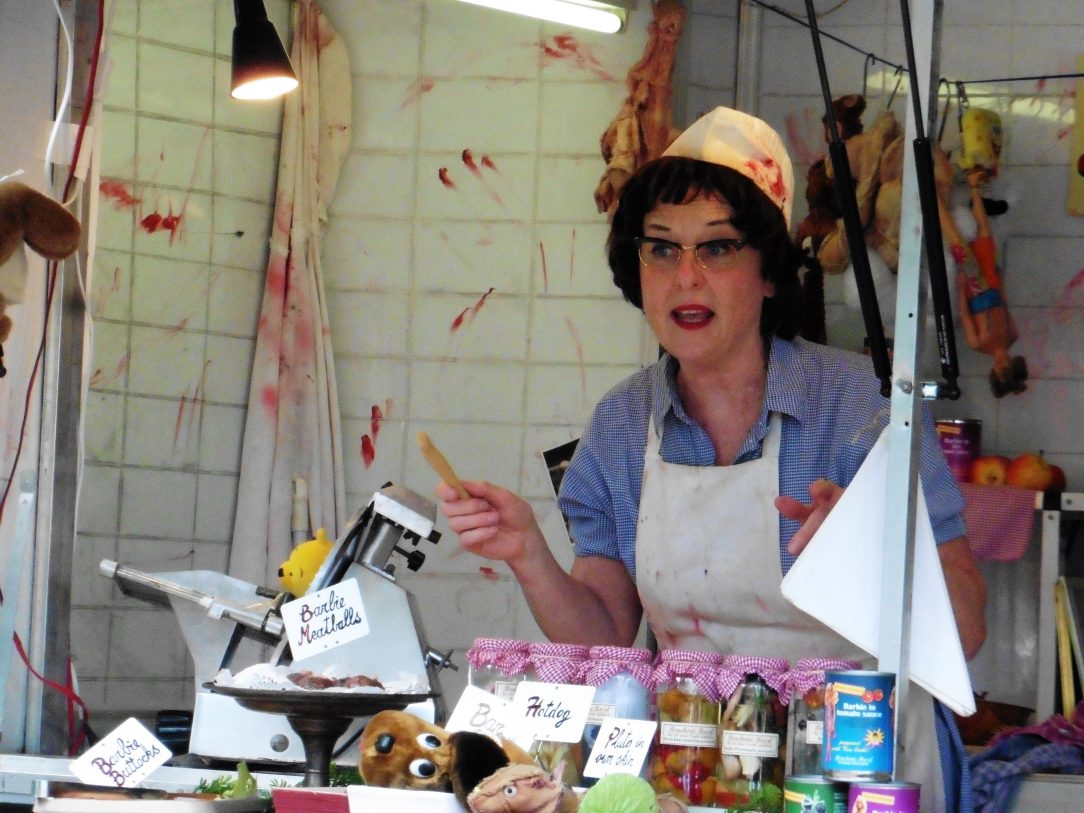 Gentlemen on the Road 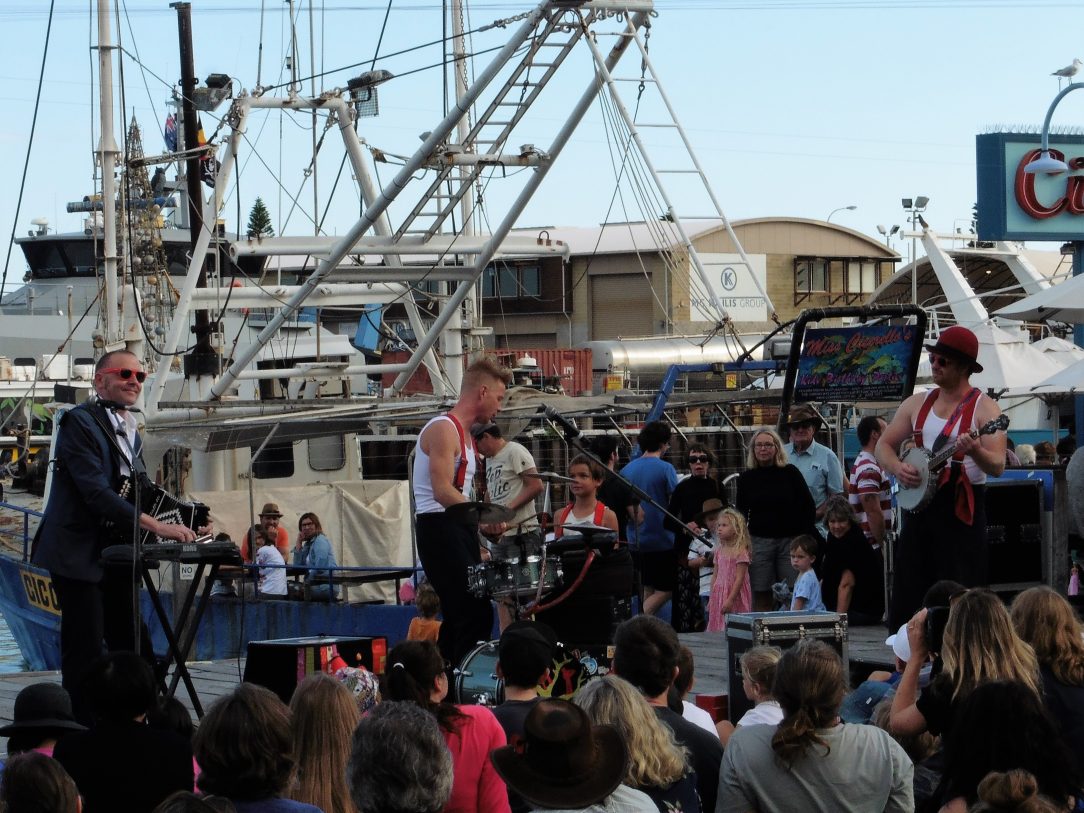 These three really know how to put on a show, part theatre, part band, part circus..they had the audience enthralled with their antics. I loved the way they included one of the groups daughter along with a young boy from the audience sharing their skills with a new generation. 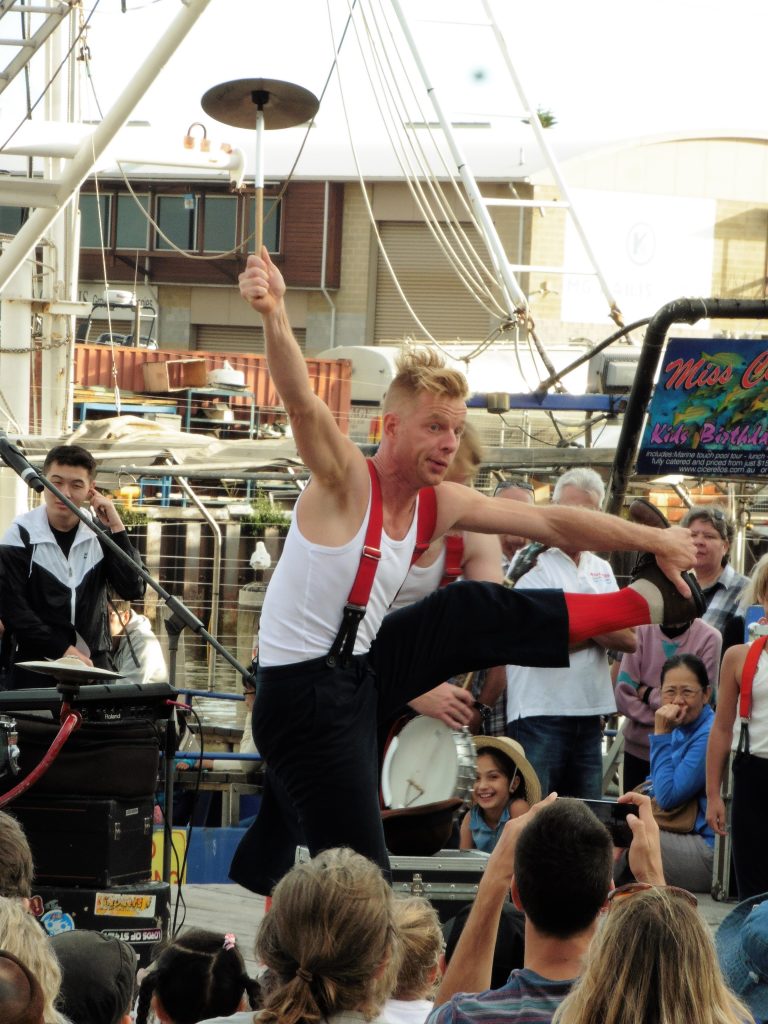 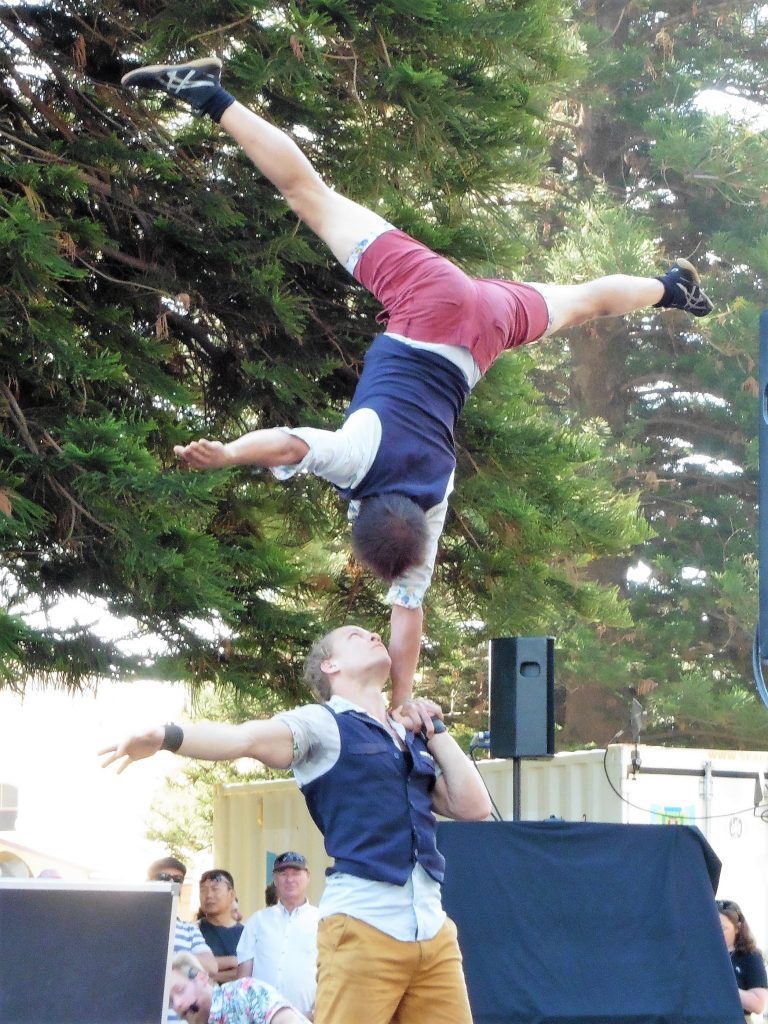 Another group who managed to meld a variety of skills into a slick act were the Canadian (with a few ring-ins) quartet, What’s Next. I was tired just watching them from juggling to skipping (as you have ever seen it before) acrobats they brought the stage alive with their passion for what they do. One guy even managed to solve a Rubik’s cube while being tossed around the stage and the finale was worth waiting for. 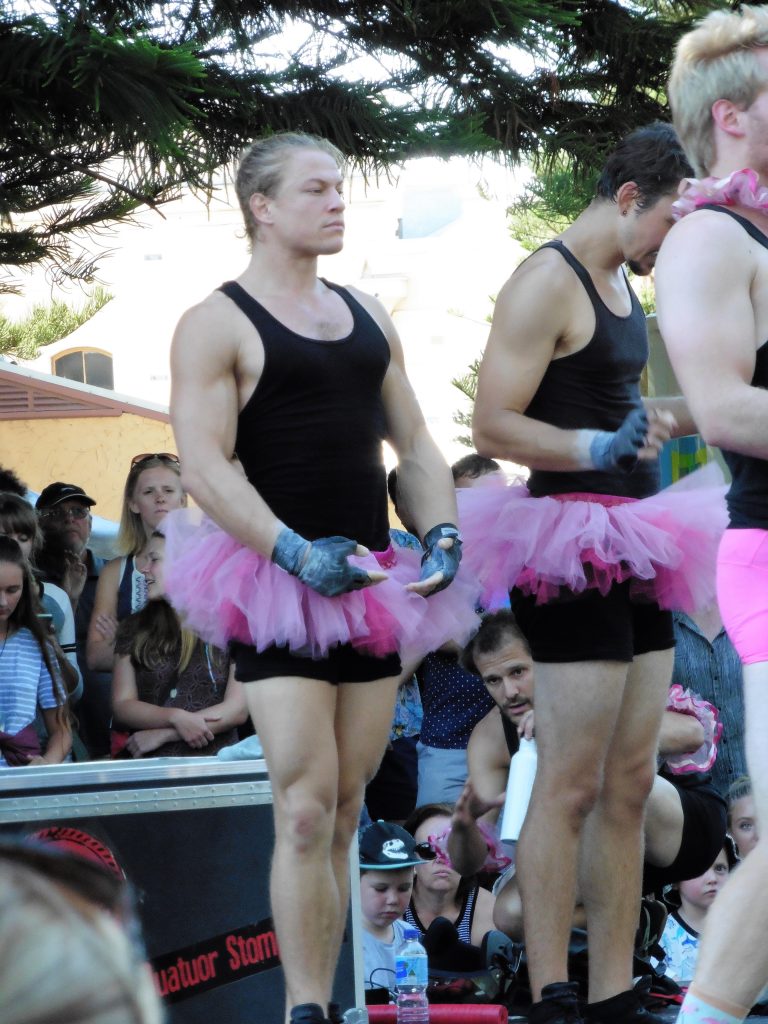 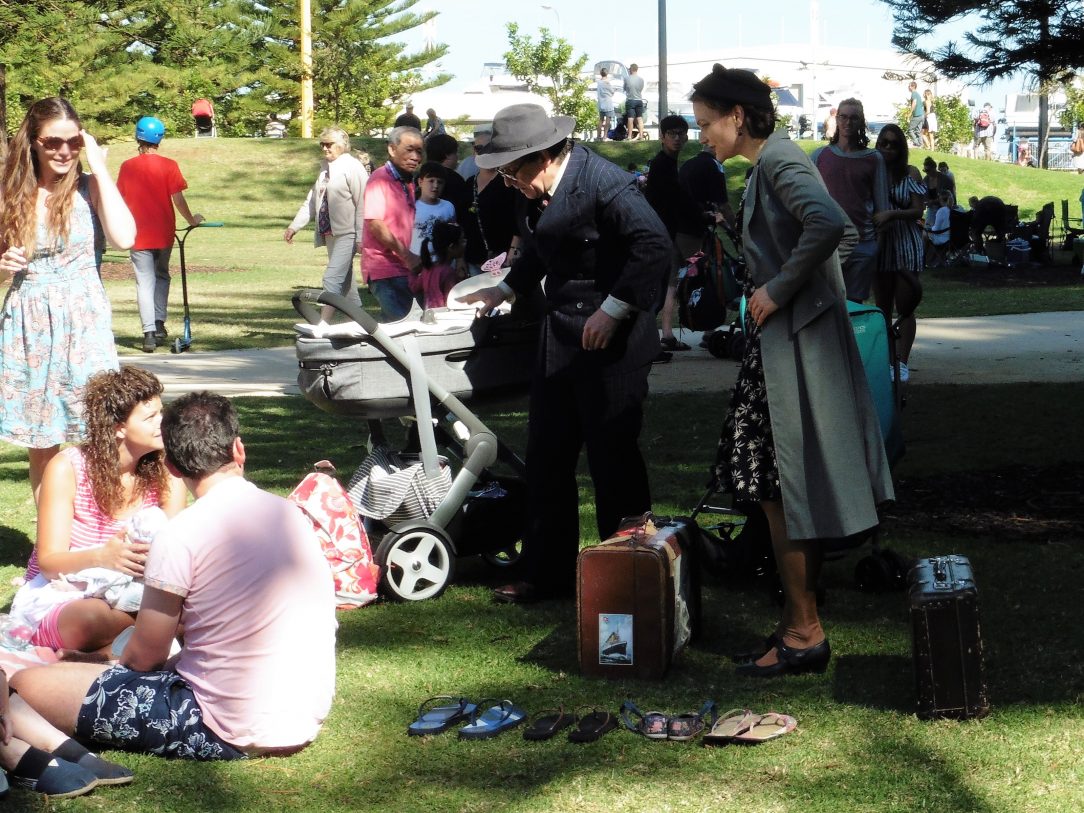 A Spanish/Lithuanian duo who are time travellers…landing in our modern times they wander around discovering what is different. Topped with their obsession for tidiness they wandered around the park ‘tidying’ people’s shoes, prams and even one poor boy’s scooter (he did not look impressed. It was fun watching people’s reactions especially those who had no idea what was going on. 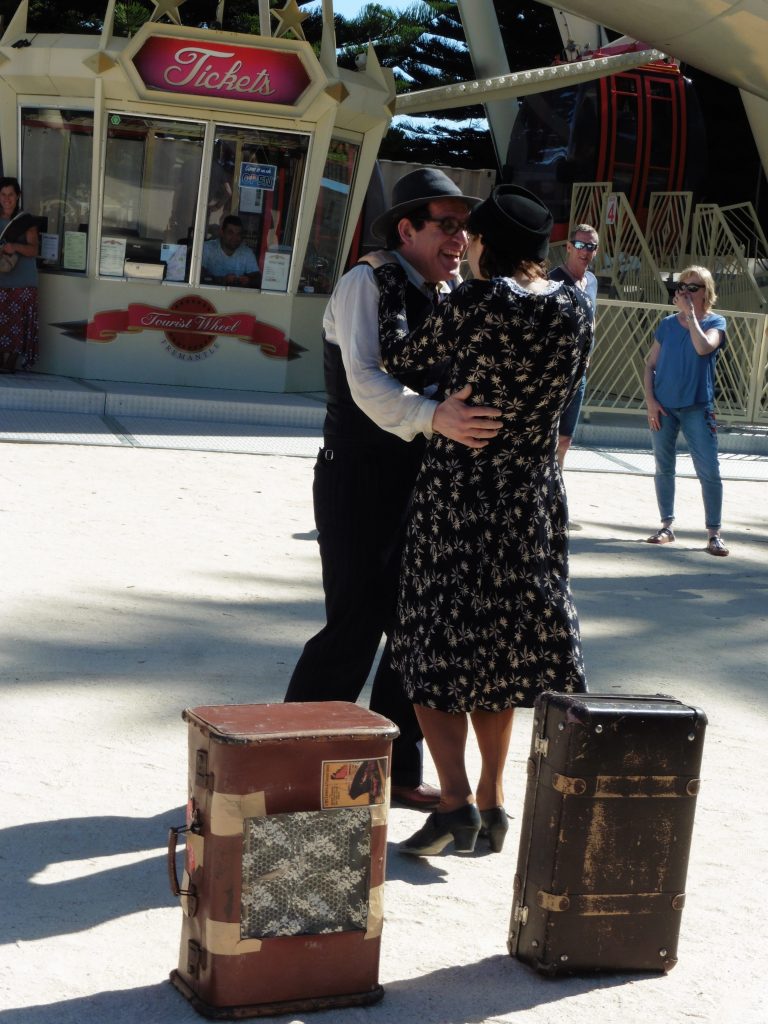 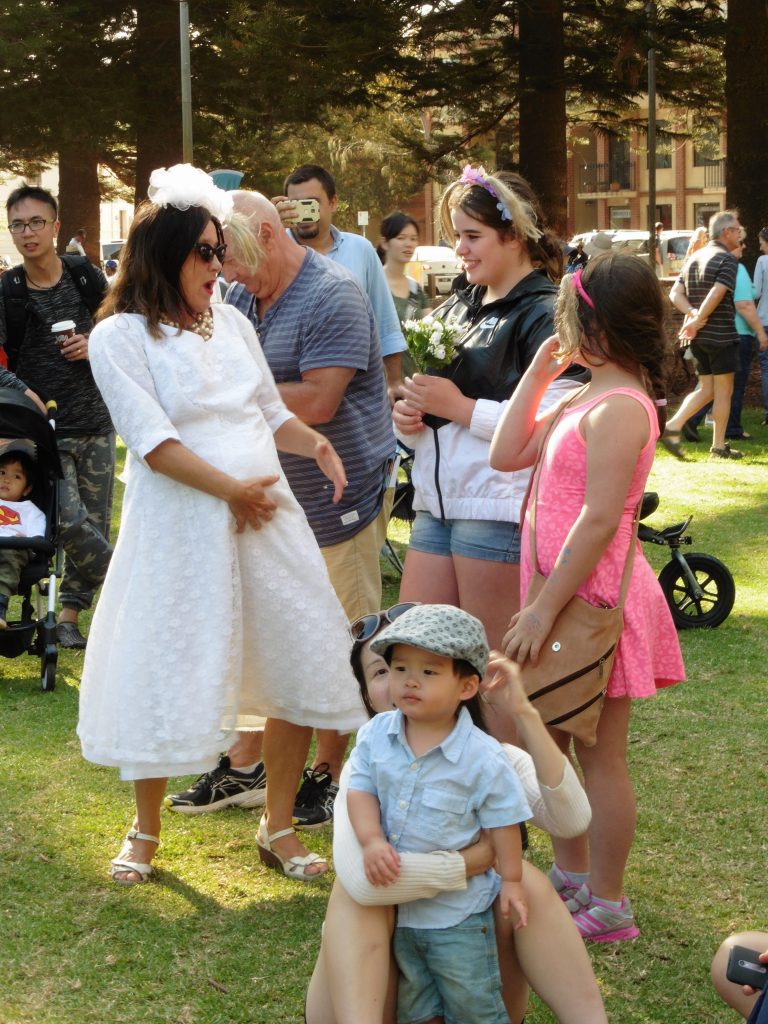 Probably my favourite of the day was the wedding of Maria, he father the Don was desperate to have her married before she had the baby. He found a few likely fathers but all seemed to have reasons why they could not be married (Ron was rejected as he had a beard). Finally he gathered a groom and all the necessary people for a wedding including me, in case there was an early birth. The wedding went without a hitch and Maria and Niko were married for a few minutes when suddenly her water broke…..my birthing skills were needed and I was gowned up delivering a healthy baby boy. The happy couple headed off on their honeymoon and I ticked something off my bucket list, I delivered a baby.

All in all we had a wonderful day and look forward to exploring more of the festival in the next few days.