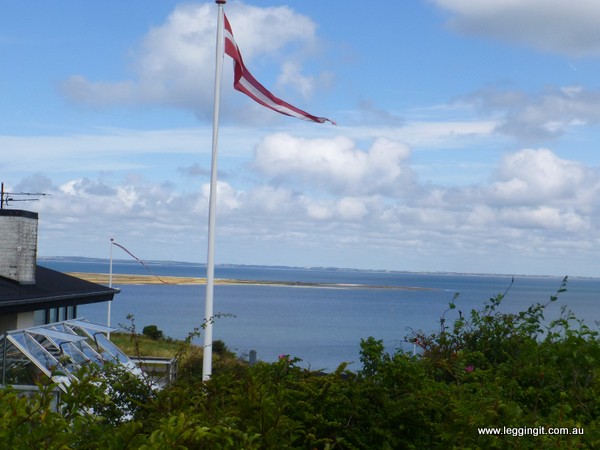 Staying with Couchsurfing hosts gives us a great insight into the local area, with what’s going on what to see and do. They told us about the local beavers so we decided to see if we could find them. Well the beavers must’ve got wind that we were looking for them and being shy creatures, they simply hid. Not far from where we were staying was a colony which lives in a large forested area surrounded by rivers. The Eurasian Beavers are a different species to the American Beavers and in Denmark were extinct for 1000 years. In 1999 eighteen beavers were released in the Jutland area and last year that population was at 185, so beavers have been indeed “busy as a beaver” These ones however have a German accent as they were trapped in the river Elbe.

After a nice ride around the forest we headed towards the coast stopping in Lemvig to check out the quaint little town surrounding a nice little harbour and bay. They had a trash and treasure market set up on the wharf and we had a look around before finding a Chinese restaurant named Bali, staffed by Vietnamese immigrants speaking Danish. The food was pretty good just standard fare Chinese and pretty cheap.

After lunch we cruised along the coast and checked out some mounds which were former bunkers which the during the war the Germans had cleverly disguised to blend in with local burial mounds. There were old gun emplacements in different areas which used to protect the harbour, and these days surrounded by fields of corn as a reminder of the past. The day was perfect for riding and we followed the little signs with a flower on them which pointed the scenic route. The route took us through lots of rolling hills covered in fields of bright green corn, golden wheat, hay, past little farms and white painted churches. We also spotted a few pheasants which is quite unusual for us to see, however every couple of days we’ve seen some so there must be lots running around Denmark.

One of the highlights of the day was a visit with Hans Felthaus. Hans is a local sculptor who does some amazing sculptures in metal. He showed us around his workshop where he firstly builds the sculpture in wax then surrounds it in the moulding material. He then fires the material in a kiln where the wax melts away and the mould material sets like a brick. The bronze is then heated up in a crucible before being poured into the mould. The mould is then broken away revealing the sculpture. So each piece he makes is unique. His current work is baby ostriches which he has coming out of the egg or using the egg as an arm chair. He uses real ostrich or emu eggs which give it a nice feel. You can see some of his work here

He showed us some other work including a 21st century mouse trap made from red marble and bronze. The mouse didn’t stand a chance and will never double click again. There were other works around his house and we really appreciated him showing us around. He was such a nice bloke and we really enjoyed his art.

The Struer area is really nice with heaps of lakes so there’s heaps of water activities, nature reserves, historical sights, great drives. Tomorrow as we head for the ferry we will check out the Snellhusit. A house which was decorated by a man for his wife.