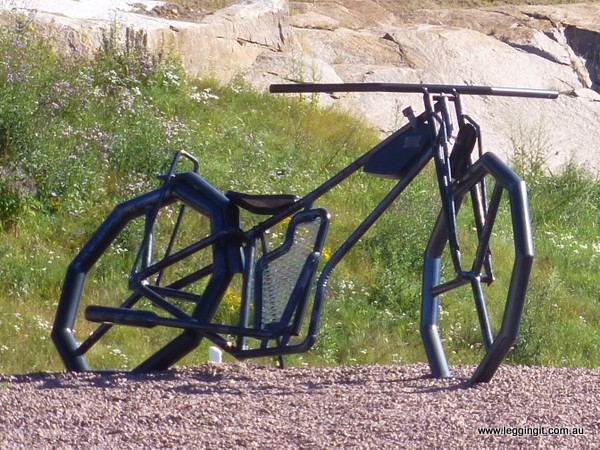 Today is was time to say goodbye to Sweden. Our disappointment in the hostel only increased as we enjoyed?? our communal shower (who in their right mind thinks sharing a shower with two other people you have never met is a good idea). Michele was up and showered by 6.30 to escape the rush.

It was time for breakfast at the hostel, now this looked really good, cold meat, cheese, eggs, freshly baked bread and freshly brewed coffee of which we were allowed none. We should have pre-booked when we arrived but the person who booked us in forgot to ask grrr. No worries we will just have a cup of tea and set off… no, was no kettle to boil water as the Hostel had a choice of a kettle or coffee maker and chose the latter.

So the bike was soon packed and we headed south with plans of hugging the west coast of Sweden. Not far down the coast we found a truck stop where for less than $10 we enjoyed coffee and Danish sweet cakes. While we were sitting enjoying the sun a guy riding a Harley with a sidecar pulled up. We burst out laughing when we saw his companion. A little fluffy dog with a bandanna around his neck. It was hilarious. 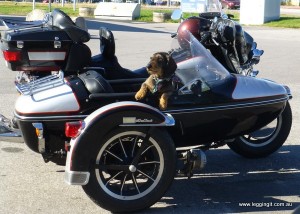 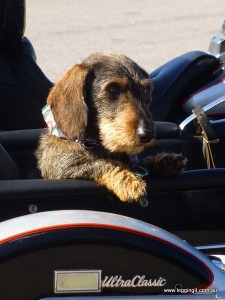 The run down the coast was quite nice. It was funny seeing swedes of all shapes, sizes and ages in the middle of nowhere wearing bikinis and budgie smugglers lying out in the sun in their backyards. Very Scandinavian.

We passed through Kristianstad, stopping briefly at Trinity Church which dates from 1628 from when this part of Sweden was still part of Denmark. The interior of the church is quite amazing with a a large pipe organ dating back from 1630 and pulpit made from Italian marble. It’s quite stunning. The pews are all original and the church is quite light with high windows.

Our next stop was Ystad which is right on the coast and we stopped for lunch, and a wander around the markets.

We headed for Malmo where we planned to cross the bridge back into Denmark but for some reason the satnav kept on diverting us until finally I gave up and headed north to Helsingborg where we caught the ferry back to Helsingor.

Arriving back in Helsingor we found our Couchsurfing friends busily working on their motorcycle in readiness for the holidays so while I lent a hand Michele caught up on the gossip.