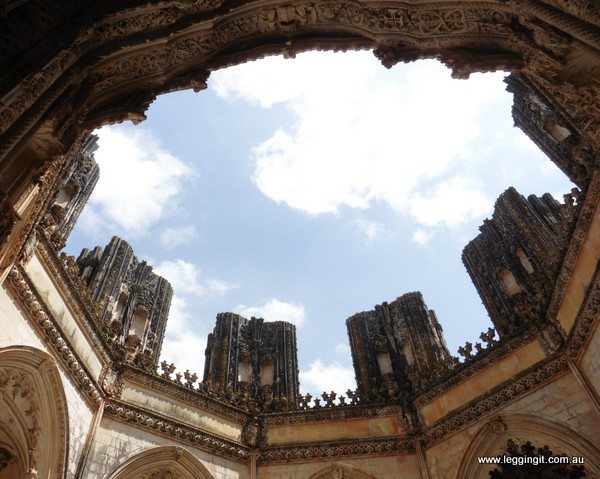 Leaving the accommodation to head to Porto, I had to face my fears as we rode down the steep almost vertical cobblestone streets of Almety on our way out of Lisbon. For some reason the satnav and Michele were not interfacing very well and we missed the highway and ended up on toll roads. I must admit I hate toll roads because of all the sound barriers of the edge of the road and these ones are especially bad. It’s bad enough to be isolated from the environment but it seemed every clear barrier was covered in graffiti, for a poor country they sure spend a lot of money on spray paint cans.

Eventually I navigated us off the pay road and back onto the back roads, and boy were they back roads. Puzzled faces were the only thing that greeted us as we passed through some villages. 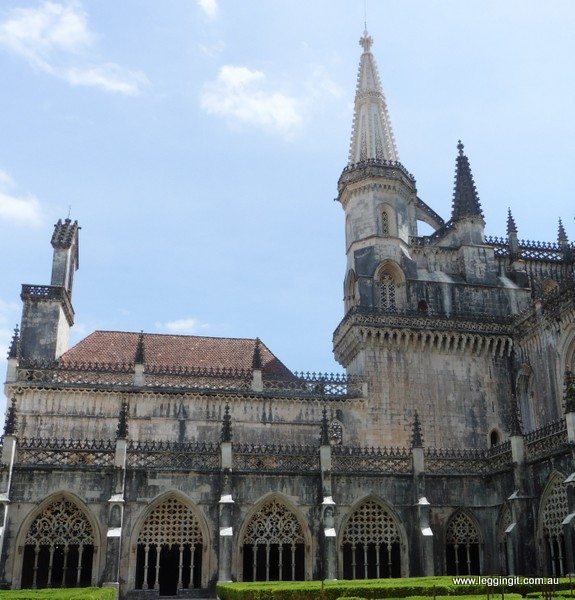 Quite accidentally we rode past the Mosteiro da Bathalha, and after a quick snap of the head, we did a u-turn. It was too grand a cathedral to ride past. Mosteiro da Bathalha (or Monastery of the Battle) also known as Mosteiro de Santa Maria da Vitória (Monastery of Saint Mary of the Victory) was built to commemorate the victory over the Castillians in 1385 in the Battle of Aljubarrota. It was the war of the Johns, ie John of Castille versus John of Portugal for the Portuguese throne. The building took over one hundred years to build 1386-1517 some of which isn’t finished yet and during the reign of seven kings. It’s a beautiful building of Gothic Manueline style. 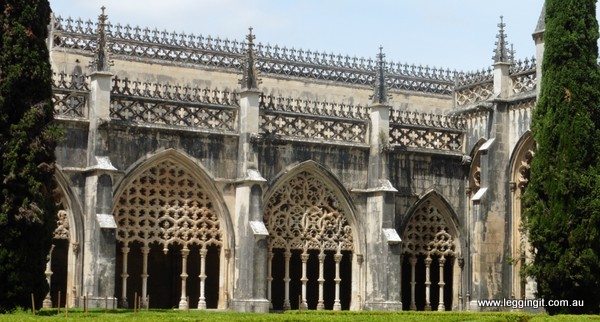 In the founders chapel are the tombs of many of the familiar names we’ve heard of during our walking tours in Lisbon. On the tomb of King John I of Portugal and his wife Phillipa of Lancaster the statues are holding hands signifying the friendship between England and Portugal dating back to the 1400’s. The interior of the cathedral is simple but stunning with great columns rising like giant trees highlighted by rays of golden light streaming through the windows. 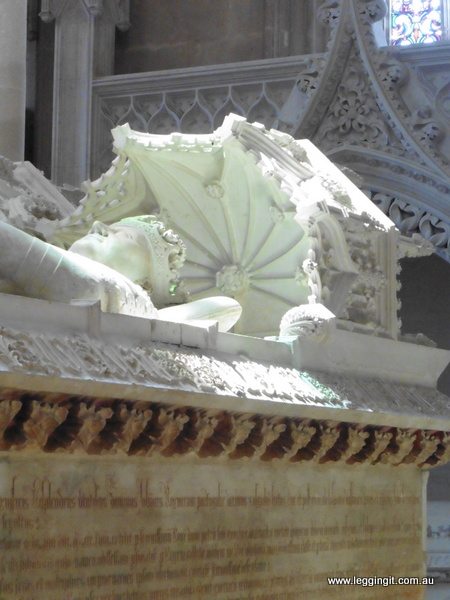 In the cloister area we were surprised to find the tomb of the unknown soldier guarded by Portuguese Special Forces.u A candle burns in the small darkened room with a wreath of poppies at the base of the wall, left by the British Legion. Whilst we were there the guard changed which was a solemn ceremony. With just the sound of boots striking the paved floor echoing around the cloister. We were quite surprised to learn that Portugal sent troops to fight in World War I, a small museum nearby gives recognition to the Portuguese military. 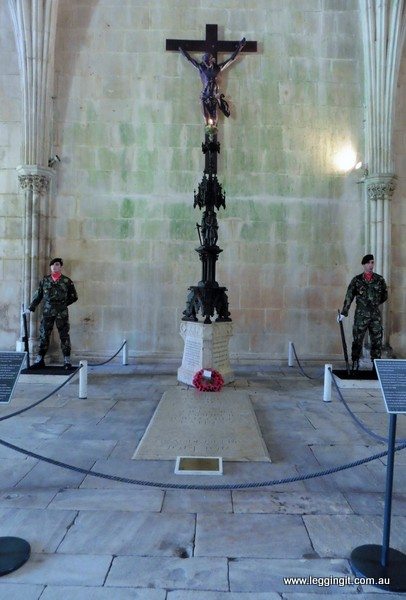 At the rear of the cathedral is the unfinished chapel which holds the tombs of King Edward and his wife Eleanor of Aragon from the 1400’s. It was commissioned by him to house the tombs of his descendants but never finished.
However it’s still quite an impressive building minus the roof. The carving on the pillars is exquisite.
The cathedral was a great place to visit as it was simply stunning. 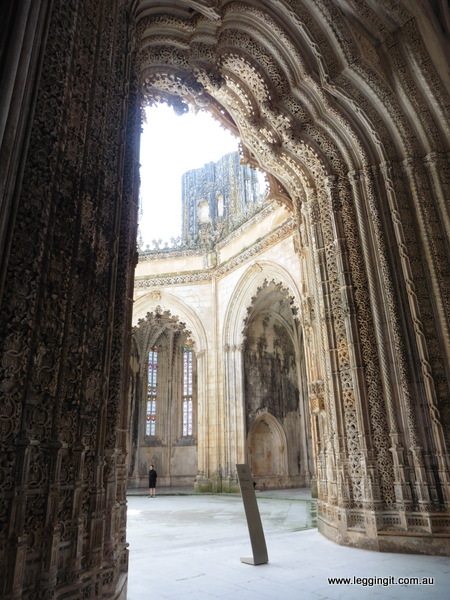 As we travelled further north we picked up the IC 1 (main highway) and followed it all the way to Porto. All along this road we were surprised to see people walking wearing high vis vests. Initially we thought it was a walkathon but soon it became apparent there were just too many people walking. It had to be something bigger. Later we discovered that the people were walking the Caminho de Fatima (the way of Fatima). From Porto to the town of Fatima not far away from the cathedral we had visited. The camino is walked by people to give thanks for something in their lives, whether they’ve passed exams, beaten cancer, or simply just for the spiritual journey. You can even get someone else to walk the Caminho in your place. By the time we reached Porto it was raining so we quickly parked the bike and hunkered down in our basement room. Tomorrow we explore Porto

Footnote:
Sadly 5 people were killed and 1 injured by a motorist in a tragic accident on the Caminho not far from Porto, the day after we passed this way so our thoughts and prayers are with the friends and family.