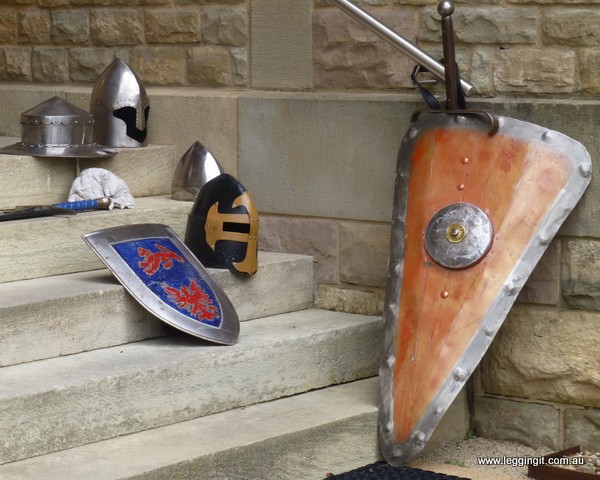 Today we went along to the Medieval Festival at the ruins of Useldange Castle, being built around the 12th century it is the perfect place to hold the festival.

The Lordship of Useldange was created in the 12the century and Théobald d’Useldange was one of the early lords. By the middle of the 13th century with no heirs to inherit the castle the dynasty died out. Jean de Rodemacher became the Lord of Useldange in 1415 by marrying Irmgard de Boulay. In 1479, Maximilian I confiscated the property and gave it to Christopher of Baden. As a result of the war between France and Burgundy, the castle and its chapel were seriously damaged. William of Nassau-Vianden, who inherited the castle, sold it to François-Sébastien Bauer of Everlange in 1674. The castle fell increasingly into disrepair and the chapel was destroyed in 1903. In the early 1900’s some of the castle was quarried for its stone.
In 1924, an American immigrant Mrs Kuhn-Wolff, originally from Useldange, returned and bought the ruined castle. The family built a mansion over the ruins of the castle’s palace which has since become the town hall. Currently the castle is owned by the State of Luxembourg and is under restoration.

Every year Useldange plays host to the Useldange Medieval Festival over the summer weekend. People from all over Luxembourg, Belgium, Germany and France descend on Useldange with many dressed in medieval costume.
On the flat below the castle canvas tents are home to re-enactors dressed in medieval costume for the weekend. There’s also caravan style tents selling food and drinks. There was also lots of medieval jewellery, beautiful clothes, handicrafts, and a smithy creating ironwork items.
It was a fun way to spend the day, with a huge variety of stalls selling all sorts of medieval food, including ham cooked on a spit (which was delicious). There were lots of people dressed up as a variety of characters from monks to regal ladies which really added to the atmosphere of the day. Jugglers and jesters entertained whilst entertainers played lutes in the background.

One girl was selling tickets to a game, it had a mouse and you had to choose which little building it would go into. Ron of course could not resist and managed to win a little stuffed mouse 🙂

There was some great entertainment of different kinds of medieval music. Our favourite was an Austrian band called Abinferis. They played a mesmerising style of music on ancient bagpipes, drums and lute. Not only did they play great music they were also good eye candy for the ladies.