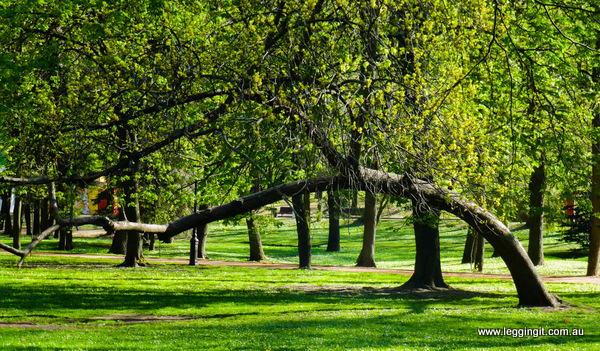 Well today was our last day in St Petersburg as we leave to go to Minsk. We’ve had an amazing time. The city is absolutely beautiful and the people are warm and friendly. It rates a little higher in our books as a place to return to due to the interaction with other people. As we always say the personal experiences far outweigh temples and sunsets. New Zealand Maori knew this when they Hongi (touch noses together as a greeting) for sharing the breath of life with another human being is the basis of our humanity.

We didn’t do a great deal just packed our bags early, cleaned the room then went to the Burger place near the Kazan Cathedral and hung out for a while. They do great burgers and obviously the word was out because the line was pretty long.

Sergei was at the hostel when we got back and we chatted to him for a while to find out about Russia. He’s an avid fan of “good old school music” not this “Russian Pop” crap. It was interesting finding out how people source their music if it’s not on the radio. Finally we said our goodbyes and it was sad to say goodbye to Sergei, he was so welcoming. Hostel Club 33 was great fun to stay at. Everyone made us feel so welcome.

It wasn’t far from Vladimirskaya to Putshkinskaya station, where we walked the final couple of hundred metres up the road to the main station. It was just so easy straight through the door, check the board, straight to the platform where our train was waiting. Soon the train was ready for embarkation. We showed our tickets and passports boarded the train and headed for our cabin. Once again we were in a four berth sharing with two Russian blokes. No attempt at conversation was attempted despite us trying to spark one, which seems to be the case between fellow Russians in this part of the train or foreign travellers. We’ve heard rollicking stories of fun and laughter on Russian trains but we dunno whether we were stuck with all of the serious people in second class and all the fun people were down the back of the train or it’s just an urban myth.

The train was pretty old with the only power sockets in the passage and ours had been commandeered by the conductor. There was a handwritten note on the table which turned out to be the menu and when the conductor arrived to take meal orders we heard her say kartoffel which we knew that was potato so ordered that. When the meals arrived we were so glad to have missed out on the cracked buck wheat that we’d been force fed across the Siberian plains. Potato pancakes, beef stroganoff steamed vegetables and hot sweet Russian tea. We settled down for the night with me climbing into the “eagles nest” and Michele the bottom bunk. We’ve learnt Russians aren’t ashamed of stripping off to their underwear and pretty soon the tradition continued with Mr Top bunk stripping down to his jox and socks and climbing into bed. (Wearing socks to bed?)

Waking up in Belarus was like someone had opened the colour box. The trees were all covered in leaves and all the plants were in bloom.

The train pulled into Minsk about 7 am and it was interesting comparing our thoughts of Belarus to the reality. The train station was ultra modern as was brand new however the toilets were all squats much to Michele’s disappointment. After dropping our luggage at the left luggage room we grabbed a map and headed for the centre of the city. Thoughts of old Soviet Empire quickly vanished as the buildings were like any others throughout Western Europe. It was quite obvious that Belarus was a rich country. We wandered through the streets looking at all the grandiose buildings. The council workers were busy putting up flags and decorations throughout the city advertising the Ice Hockey Finals due at the end of the month.

We found a nice place for breakfast and noticed channel Euro 2 was playing AFL highlights on TV………can you believe that? We watched the program as we’ve been a little starved of real sport. When we got the bill we couldn’t believe the price two cooked breakfasts and four coffees for less than ten dollars. I was regretting getting one million Belarus roubles (yes they have their own currency and it’s a different exchange rate)

The sun was absolutely glorious so we wandered around the city centre, amazed at the slower pace of drivers, before heading to the Central Park. The squirrels came out questioning us where our food was before returning to their trees disheartened as we had left our nuts in St Petersburg. We continued around the lake checking out monuments, statues before heading through the art park which had heaps of sculptures.

Eventually we stopped at a bakery which specialised in old style pastries. We ordered a cherry pie and the waitress cut a piece about 20 cm x 20 cms. It was massive but she cut it in two. The pastry was really thick about 20mm but with the sweet tart cherries it really worked. It also cost a pittance about $2 for two drinks and a piece of pie.

Just down the road were a few churches which we checked out. The Russian orthodox ones were just stunning inside. The Catholic Church was quite interesting as it was quite spartan but had a really good feel about it.

We checked out a few of the big stores in massive old building. In one shoe store was like a feeding frenzy as shoppers battled it out for a new set of shoes. We returned to the Grunwald restaurant for lunch and we amazed how chockas it was. It was like everyone in Belarus was eating there. We ordered Blintz (Russian pancakes) filled with sour cream and covered with caviar. It was delicious.

After lunch we wandered back to the station changed back about 500,000 roubles and waited for the train. The train arrived about two, our passports plus tickets were checked, we boarded and headed for the cabin. However, when we arrived we discovered that they had booked us into a three berth cabin apparently this is the norm for this train for second class.

The three berth cabin had a small table in one corner and a fold down chair. There was a Russian lady asleep on the bottom bunk and her two suitcases just about filled the floor space in the cabin. The cabin had a gap of about three feet between the bunk and the front wall. To say it was a bit cramped is an absolute understatement and all three of us were big people. Michele wasn’t impressed, she’d been expecting the standard four berth that we’d travelled the whole trip in. After she calmed down the Russian lady woke up and invited us to sit on her bunk. As the bed was down there was no back rest so we couldn’t lean back in the seat which just added to the discomfort. I tried to talk to the Russian lady and invited her to play cards. She avoided any form of conversation or interaction, preferring to check her phone and stare out the window. We think she may have been expecting the cabin to herself.

There was no samovar on the train so the conductor had a monopoly on hot drinks which was annoying. The Russian lady was yawning so we contacted the conductor to put our bunks down. This set Michele off again as she saw the spindly little aluminium ladder which she had to use to get into her bunk. Being an ex sailor I just climbed up the bunks and set my bed up. The top bunk wasn’t the most comfortable bed as it was shaped to fit into the curved ceiling so one side of it was curved. The ceiling curved down at one end, dunno if it was designed for people who bound their feet, so my feet were squashed. I tried to lie diagonal across the bunk but my feet hung in midair because of the curved end of the bunk. Also I couldn’t sit up so it was lying down all the way. The bunk was definitely not made for big people. Meanwhile Michele had given up trying to swing into the bunk and had taken to the seat vowing to sleep their all night. I suggested alternative ways but it was falling on deaf ears so I dug my phone out and played some music. Eventually, after hours of complaining Michele finally worked out by standing on the table she could climb into her bunk with ease and climbed into her bunk. As the cabin was so small I stowed our bags in the luggage rack over our heads and put our smaller stuff in the small compartment over the door. As the bags were all in easy reach for me I decided to have dinner in bed.

Just before 7pm we reached the Belarus border and we handed over our passports. After a short while they returned them and the train continued on its journey. Next stop was the wheel change. In a little place in the middle of nowhere we stopped while the train engineers jacked the carriages up and replaced the bogies with the European gauge bogies. It was the same as our experience in China.

At 9pm we reached the Polish border, the immigration officer checked our passports asking us our destination. We told him Hanover and despite all the horror stories we’d heard of people having to show return tickets, bank accounts, money etc he just stamped our passports and we were on our way.

The customs officer checked the Russian ladies bags and departed. The train continued on and we settled down for the night.

Waking we discovered we had missed all of Poland and now were in Germany. Our cabin mate seemed to have relaxed overnight and we had a stilted conversation, she organised the beds to be stowed and voila three seats appeared, why she couldn’t have done this for a few hours yesterday afternoon who knows.

We arrived in Hannover and wandered around for a few hours before heading out to meet our new couchsurfing hosts… you can see the photos for our time here.