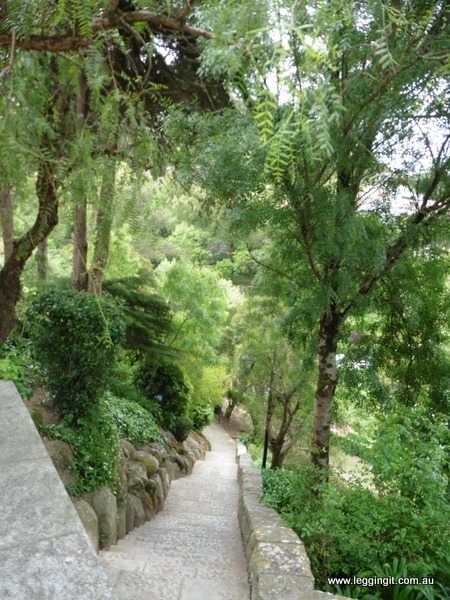 On our final day in Lisbon we caught the train from to Sintra. The train took about 50 minutes and when we arrived we were sort of lost, expecting a tourist office near the station. There were heaps of tour companies offering buses, smart cars and all sorts of tours but we headed for the nearest cafe for a drink and a think.

It was a beautiful little cafe where we met two Aussies from Canberra. Why go to the tourist information when you’ve got Aussies and pretty soon we were told about the hop on hop off bus and the best places to go. 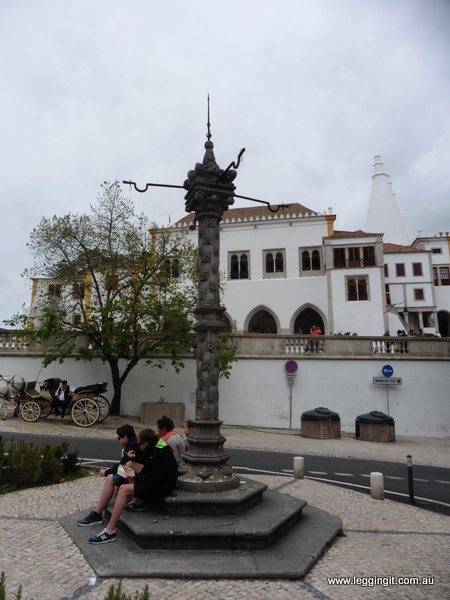 The hill overlooking Sintra was the site of both a Moorish Castle and Pena Palace. With the royal family occupying the palace on top of the hill pretty soon the hillside was swamped with other palatial buildings.

Noble families bought up land and built something to reflect their wealth not far from the kings and queens. Many of which are on the tourist circuit. I had in my head the place I wanted to visit, unfortunately it should’ve been in my phone because we caught the bus which wound all the way to the top of the hills along narrow windy streets before arriving at Pena Palace.

The entry fee was €14 which had me thinking “this doesn’t sound right, why don’t places u[date their websites as I had read is was 6′ but we paid. Then there was an additional charge for transport up the hill, which we declined. Pena Palace wasn’t the place I wanted to visit and I realised after we walked 1 km up a steep hill to be confronted with a gaudy Disneyesque monstrosity overrun by people. The old adage “Money doesn’t buy good taste” surely rang true here. 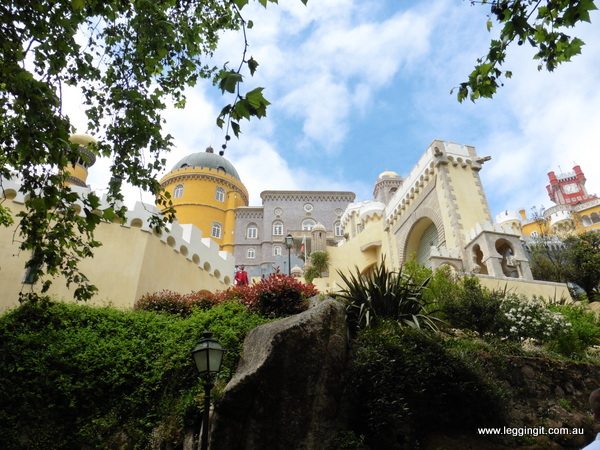 Queen Doña Maria II and Don Fernando II were to blame. A bright yellow, purple and pink painted castle with domed turrets, bizarre tiling, and plasterwork which seemed like a jumble of ideas. A production line of visitors slowly stepped from room to room admiring the mishmash. There was no flow of ideas it was if each room stood alone. 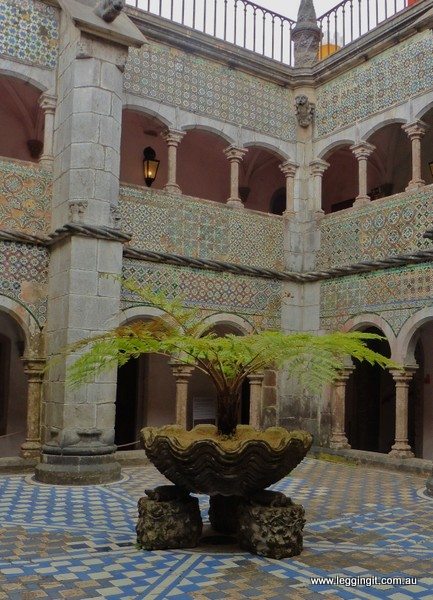 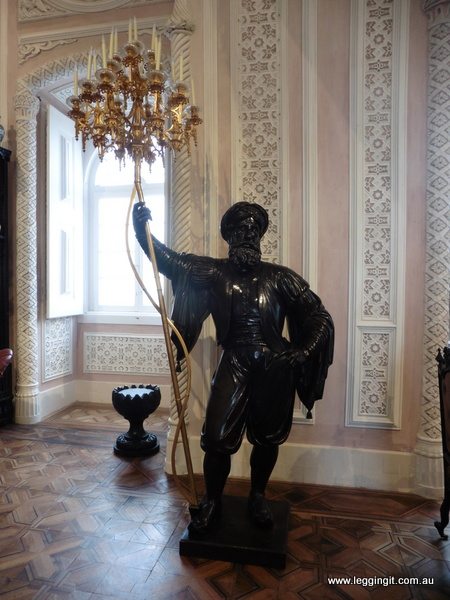 The gardens were pretty disappointing as seeing a sign reading Queens Garden we were expecting something spectacular. It turned out the gardens were the former gardens of Queen Doña Amélia but she mustn’t have had a green thumb. The rest of the estate was just forested hillside which would need a clear day to explore and as it was raining that was out of the question.

After an overpriced Bifana and coffee at the cafe we caught the bus back to the train where I suddenly remembered the name of the places wanted to visit….too late grr will have to wait till next time.

Dejected we caught the train back to Lisbon and walked back to the accommodation where we met a lovely Canadian family and a French couple. They were a great bunch of people and we found out a little about their lives and their travels.

As it was getting late we said our goodnights. Tomorrow we head north to Porto.