Pounding the Pavements of Porto over two days were not quite what we expected….

Well our first day in Porto went like this. Breakfast at coffee shop across the street. Buy bus ticket and catch bus to Liberation Square (hoping to do a walking tour) Get off bus and get thoroughly drenched in one block, go to Maccas, dry off warm up with a coffee….. leave Maccas get wet, catch bus home. Stay in front of heater for the rest of the day. Not the most exciting start.

Day two was shaping up a bit the same as we peered out of our window, as the street was blanketed in fog. We decided to chance it and after breakfast at the coffee shop we caught the bus into town again. It was foggy and very very light rain was falling so light that the swirling breeze was pushing it up and under the umbrella. At one stage the City Hall was enveloped by fog and we were only at the other end of the Avenue. 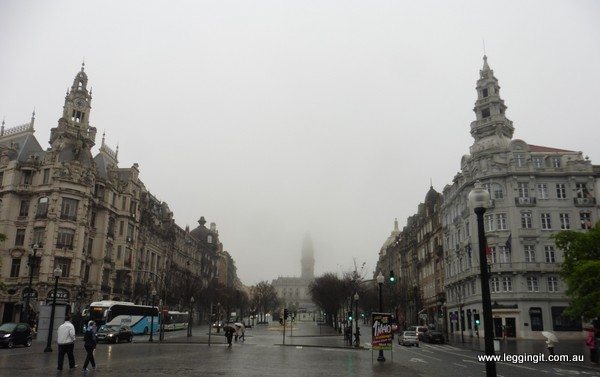 The walking tour guide arrived, a quirky young Irish guy and soon we were off pounding the pavements of Porto. The city of Porto’s most famous resident of the past hundred years was of course JKK Rowling and for all Harry a potter fans it’s quite easy to see where she drew here inspiration. Today all the black caped students were everywhere with second year students making first year students sing songs and chants as some form of ongoing ritual. Portugal’s future leaders were parading in public singing chants like footy supporters. Lots of locals stopped with smiles on their faces maybe reliving their youth. 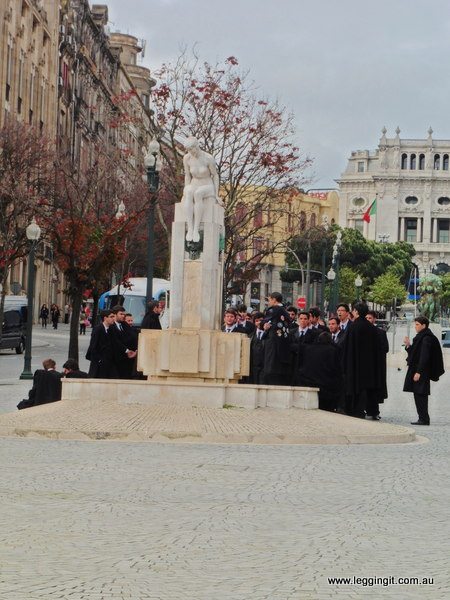 Our tour took us up through the streets looking at the different architecture some old and some made to look old, but still nice.

The bookshop with its famous spiral staircase, which was the inspiration for parts of Harry Potter had a line of people out of the door and around the corner, which was of no surprise so we didin’t get to go in. 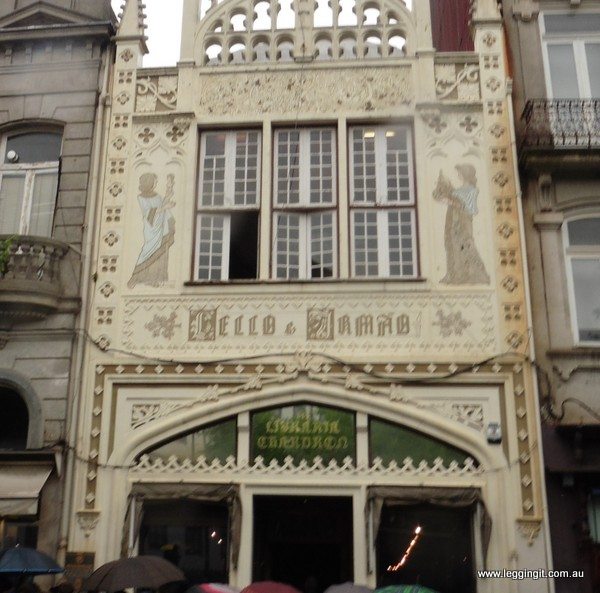 The tour took us past the main cathedrals and past a tower where it’s said that the builders when they were doing repairs rented the barricading for advertising space. A dreaded beer company from the south of Portugal rented the space and within three days the barricading had to be taken down as there were threats of arson and worse. Supposedly here in Portugal there is a north and south grudge sort of like at home between QLD and NSW.

Continuing on the tour we wandered through some of the older areas of the city down tiny little alleys and up again. Along the way our guide enthral led us with tales of the city which really brought it to life. The views were great however looking across the river to the wineries on the other side. The tour really gave us a great insight into Porto and the way people think. 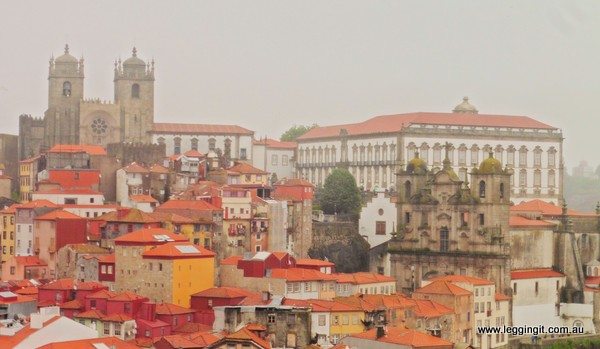 After the tour we we intrigued by a real Porto meal, with some similarities to Croque Monsieur but which can only be described as something only a man would think up. Francesinha consists of cured ham, smoked cured pork sausage, fresh sausage, and steak between two pieces of bread. Ours had an egg on top all covered with melted mozzarella cheese floating in tomato and beer sauce with a plate of French fries. Yep we could almost feel it clogging our arteries as we got stuck into it. It wasn’t the best meal we’ve eaten as all the flavours sort of blended together, however we’ve been told that it is the perfect before and after meal. Before and after a big night out and that sort of makes some sense. 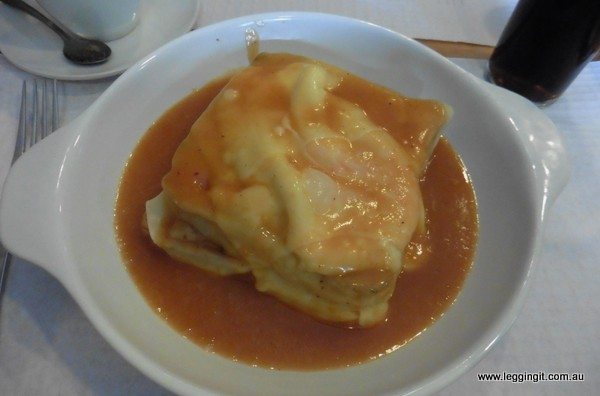 After lunch we decided to check out the tourist tram which runs along the river. The tram costs €2:50 and runs from near Rua Do Infante Dom Henrique along the Rio Douro to near the Forte de San Joáo Baptista da Foz. The tram was packed of course so as we were sitting on the right side we couldn’t see the river and the wineries in the other side of the river. However, on the right side we passed lots of old medieval buildings in the old part of the city and lots of buildings from different periods. Some were in disrepair but that only added to the character of the places. There were lots of magnificent facades decorated with coloured tiles. At the end of the line we took a stroll along the beach front and back along the river. Since the Rio Douro has been dammed further upstream the boats which formerly carried the barrels from the vineyards down to the wineries have been converted to tourist ferries. It was interesting seeing the boats with shallow draughts wide beams and pointy at both ends putting along the river. 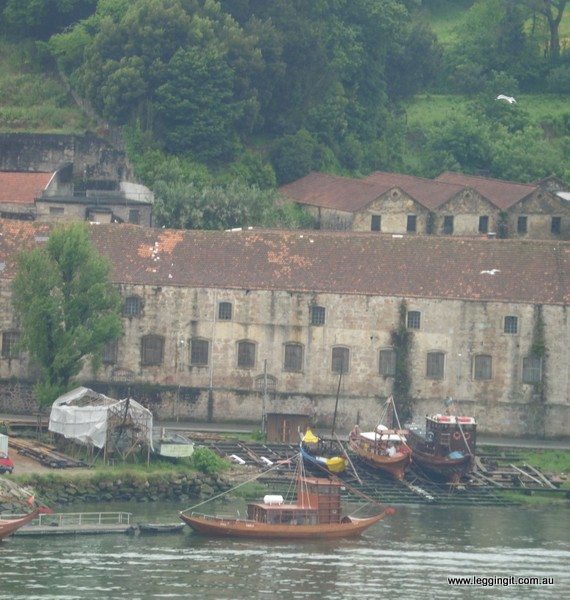 On our way home thousands of students were on the streets all dressed in black with capes over their shoulders like swarms of bats.

After such an grey morning the day turned out fairly sunny, sadly that’s to the forecast for tomorrow’s trip to Salamanca.