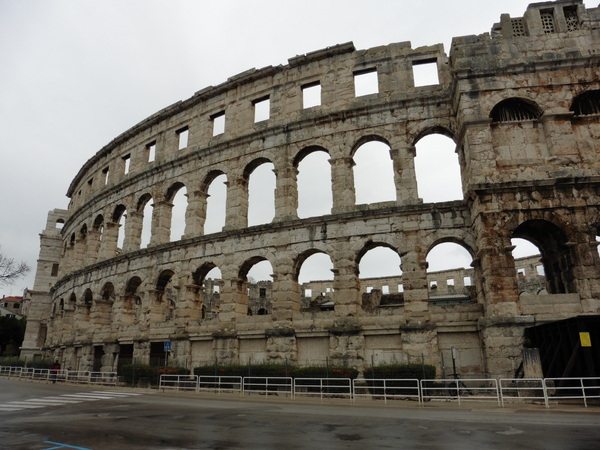 Pula is an interesting place to visit. We’ve spent just over a week here and could easily have stayed longer. There’s lots to see and do in the city. Also it’s so close to lots of different places and activities.
The Romans arrived in Pula around 31 BC and their presence is still visible with the worlds sixth largest Colosseum,and best preserved, within walking distance of the center of town. 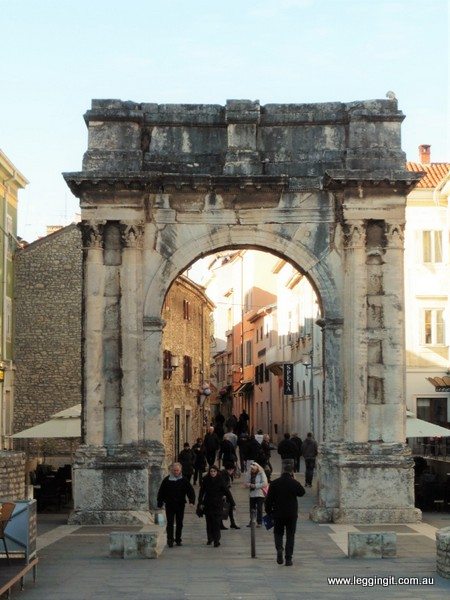 There’s Roman Arches, churches, forums and towers. We were quite surprised to see bits of a roman column in a park with kids playing on it.

Pula was occupied last century by the Austro-Hungarian Empire and became the home to its grand fleet. Major shipbuilding was developed, a Naval Academy and headquarters so there’s lots of grand buildings left as a result. 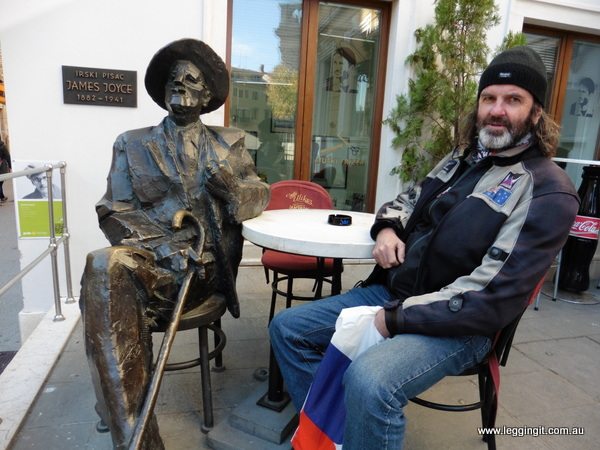 The Austro-Hungarians were also responsible for bringing to the city one of Pula’s favourite residents. In the city a statue to Irish author James Joyce who is held in high regard for living in Pula. The 22-year-old Joyce had eloped from Ireland with his girlfriend Nora Barnacle and sought work with the Berlitz English-language school. He was hoping for a job in Zürich or Trieste, but wound up in Pula instead, teaching Austro-Hungarian naval officers. He hated the place and couldn’t wait to leave, accepting a posting to Trieste only six months after arriving. In the letters he wrote to his family he described the city as a “cultural backwater”, and a lot worse. It seems strange that the city would honour a man who really slagged it off, but he was famous so anything can be forgiven.
The shipbuilding cranes are used every night to provide a light show with the cranes lit by different coloured lights and transitioning through the colours. It’s quite quirky and softens the industrial area of the wharfs.

Around the old city there are heaps of nice piazzas lined with cafes, which we took advantage of, to sit and enjoy the winter sun. 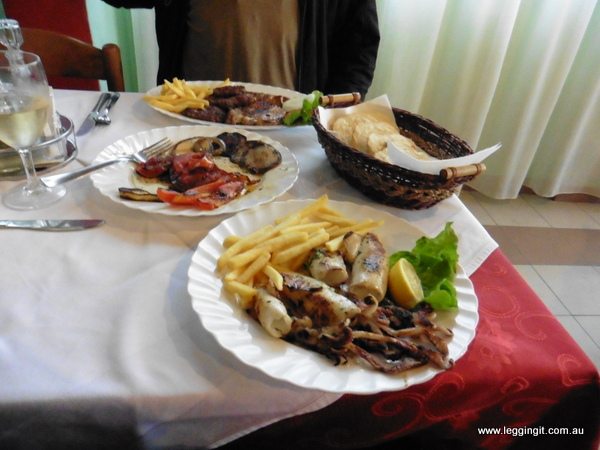 Further out in the suburbs is the best places to eat at local Konobas. We were chatting to a bloke in a supermarket just down the street from the unit who asked us to visit his konoba. A few days later we popped in for lunch. It was pretty quiet, which has to be expected at this time of year but the food was excellent. We paid less than $20 for grilled calamari, a platter of mixed grilled meat, salad, wine and coffee. Definitely better than going to an overpriced restaurant in the city. 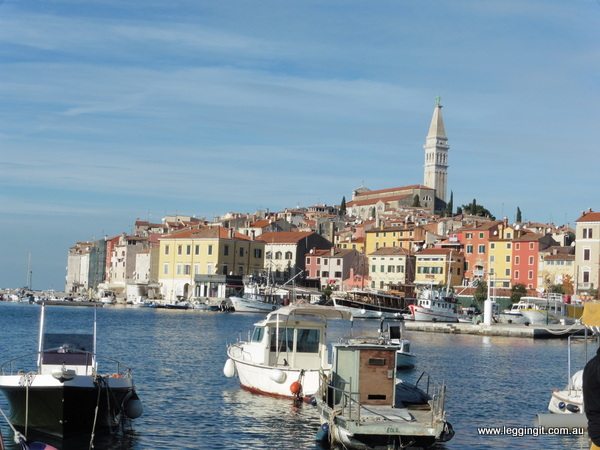 Around Pula and along the coast all the way to Novigrad are all sorts of activities, water parks, caves, boating, and trekking. It’s interesting seeing how many towns have hire shops where they hire out all sorts of transport from bikes, to motorbikes and cars. All around the region are caravan storage yards where foreigners store their caravans and boats during the off season. The region must really go off in the summer season.

Pula is an excellent place to base yourself to explore Istria, we really enjoyed our time there and hope to return.