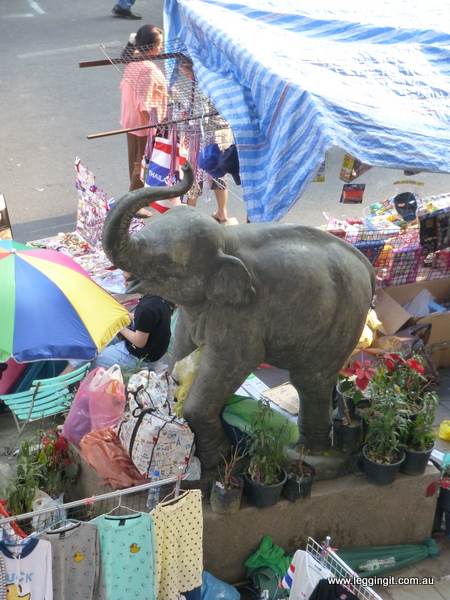 We started the day a little late expecting the coffee shop in the shopping centre to be open for breakfast so instead headed to the market across the road and down the alley. We had a Thai chicken soup, and Pork and rice for breakfast with the locals.

the premium cinema experience where they hire beds and pillows out so that you can watch your movie in comfort and style but by the time we arrived the movie had just started. We wandered around for a while looking in the expat supermarket where I purchased a jar of vegemite for about $5 before finding a nice restaurant for a lunch of grilled snapper and salad. The restaurant area in this shopping centre is pretty grandiose with high-quality chain restaurants and of course KFC. 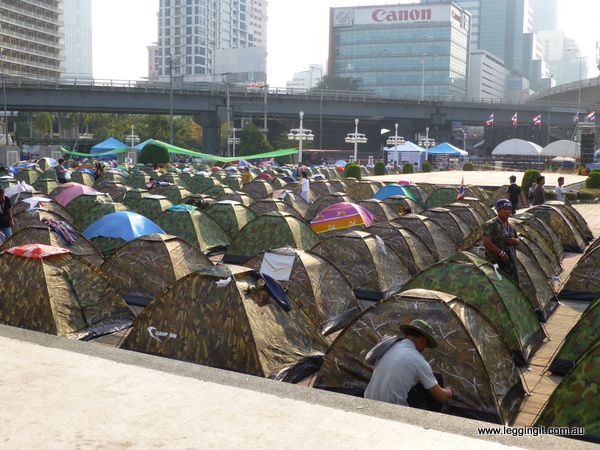 After lunch, we took the train to Siam then on towards Lumpinee Park, near Rama V square for a concert. We had read that the Bangkok Symphony Orchestra was doing a series of free concerts so thought we would check it out. After a brief stop at a coffee ( at of all places a Coffee Club, set in a very posh building, the door was opened for us as we arrived and they had the cleanest toilets I had ever seen including beautifully folded hand towels and hand lotion for the users) 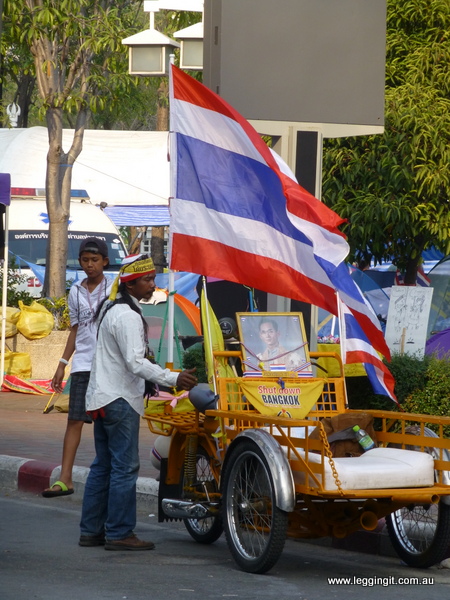 We then went wandering down the road towards the park, where we saw a crowd of people dressed in red white and blue ribbons with whistles and noticed the sandbags blocking the street. As we drew closer we saw thousands of small dome tents throughout the park and people in Thai red white and blue and Shutdown Bangkok T-shirts, walking, sitting and chatting in their tents. In Rama V square the place was full of dome tents, stalls selling foods and gifts, people going about their daily life. 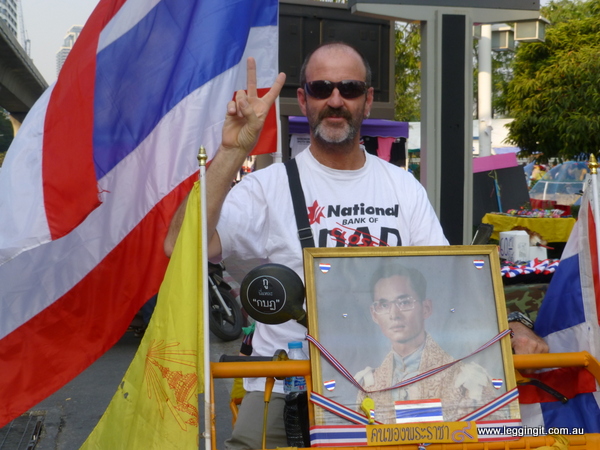 There was a soup kitchen and a huge stage set up in the middle of the road with a protest singer strumming her guitar and hundreds of people blowing their whistles every time she said something they agreed with. We approached a guy to get a photo with his motorbike and he asked us whether we were scared. We replied “of course not” and he invited me to climb aboard his bike for a photo. 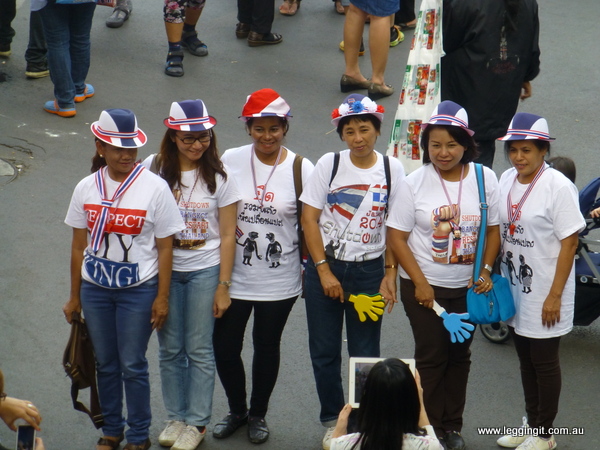 We said our thanks and wandered through the crowd listening to the music before heading to the train station and catching the train back to our hotel. Later that night we decided to find some street food for tea. Som Tam in a plastic bag for me, Dumplings and Steamed Pork Bun for Michele which were all pretty nice and some pork intestine which I thought Michele wanted which I ended up being the recipient of. Oh well, waste not want not.

By this stage, it was getting late so we decided to call it a day, up early tomorrow for our trip to Cambodia.

2 thoughts on “Last day in Bangkok”