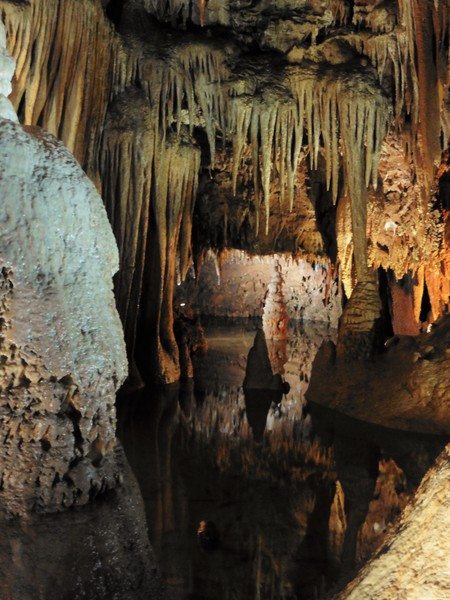 Today we took a trip up to Poreč, as we’d seen a sign advertising Baredine Cave and Traktor Story Museum.
After being in the Traktor Story Museum a little longer than expected I caught up with Michele and our guide for a tour of the Baredine Cave (Baredine Jama-Grotta). The 40 minute guided tour leaves every 30 minutes and costs 60 HrK. The guide speaks Croatian, Italian, German, English and Russian. The cave attracts 50,000 to 80,000 visitors per year. Most of the visitors come mainly from the German speaking countries Germany, Austria, and Switzerland who head to the Croatian coast from their cold frosty countries to enjoy the sun.

We were lucky to arrive on one of the last days of the season so there were no tourists just us and the guide. 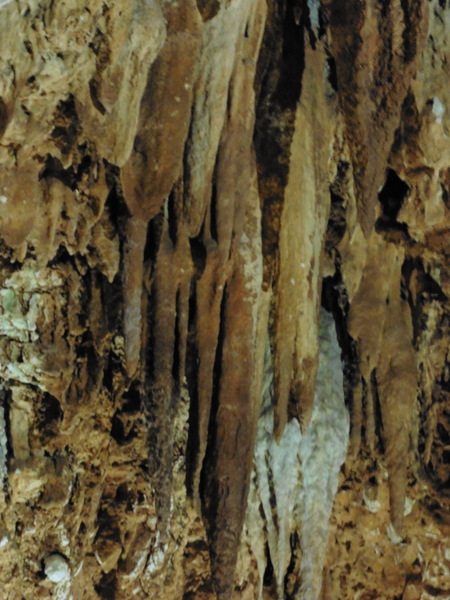 Descending into the cave reminds me of the caves in the south of Western Australia with ladders spiralling vertically down. Until it was explored and opened to tourists the cave was a dump for all the rocks on the neighbouring farmers land. It must have been a massive task to open up the caves and remove all the rubble. The cave is one of the better presented natural caves that we’ve seen. Hand rails and well designed paths make the descent not too taxing, but also very safe. At a year round 14 degrees it’s also quite pleasant to escape the heat or cold outside. 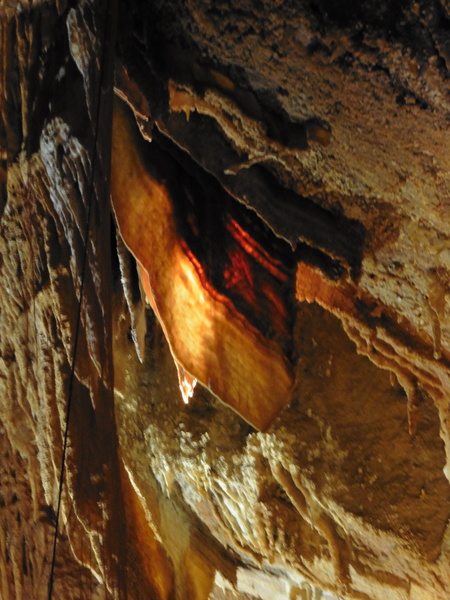 Throughout the cave are all sorts of natural wonders. It’s quite amazing looking at Stalactites, Stalagmites and ten metre long curtains hanging from the walls to realise that this was all created by water. Cleverly the walls of the cave have been protected with netting so the features aren’t stained by people touching them or by souvenir hunters breaking bits off. Unlike some of the caves we visited in Asia the cave is well run and well preserved. There’s no coloured flashing lights or disco balls just a cave presented in all its natural beauty. 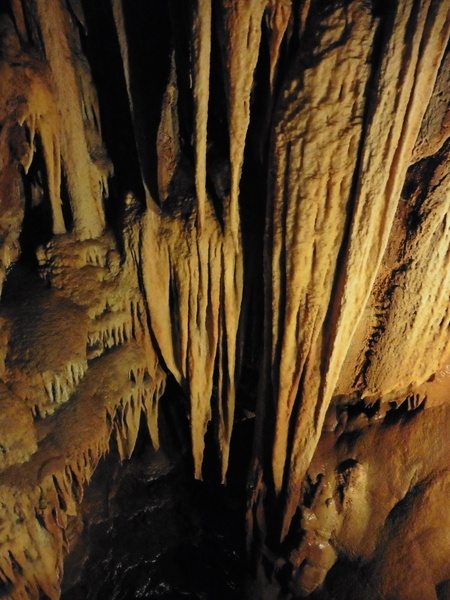 There’s five chambers in all, each with different features. It’s interesting seeing the different colours with pure white of the limestone and red of iron ore. Shining a torch on some of the structures you realise how translucent they really are. As usual certain features of the cave have been named like the Leaning tower of Pisa, a stalagmite which has taken on a lean. There’s also the statue of Virgin Mary, and the Snowman. 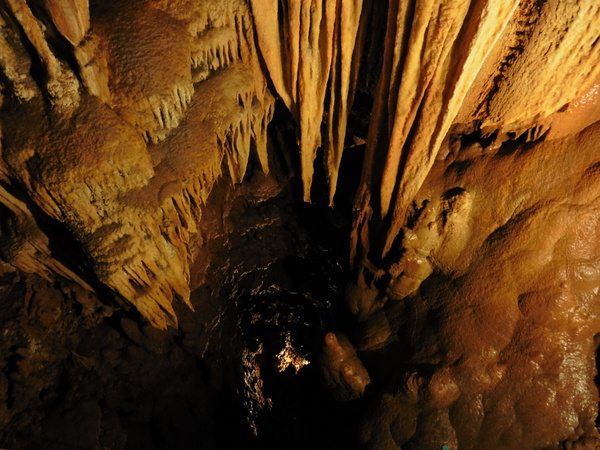 In the centre of the cave a vertical shaft cave drops 70 metres into the ground water below. It’s a place which is still being studied by scientists. 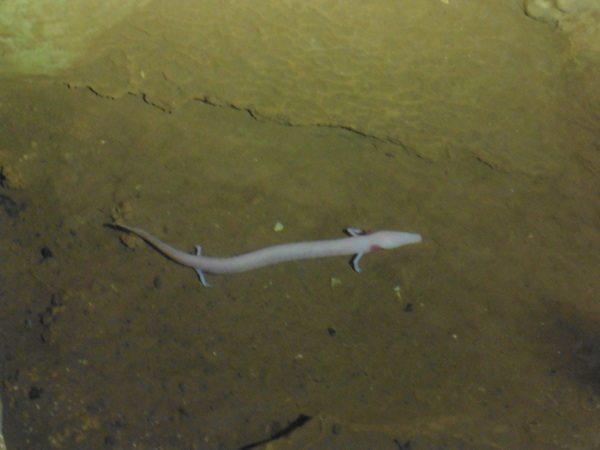 In two pools at the end of the cave system lives the largest full time resident of the cave Proteus Anguinus. A curious mix of fish and lizard which lives in the ground water 116 metres below the surface this blind colourless gilled animal preys on tiny shrimp. With a flat eel like tail it swims with ease but also uses its four feet to walk, very curious indeed. The two pools have been set up to allow visitors to see this amazing creature close up.
The ascent wasn’t overly taxing with well planned rest stops on the way back up. Around Baredine Cave there’s a cafe, with a buffet, a kids playground, parking is free, and there’s some nice picnic areas. There’s also the Traktor Story & Konobon Gallery with the story of bread, wine and olive oil nearby.
We really enjoyed the visit to the Baredine Cave and all its natural beauty. With no crowds to compete with, off season really is the perfect time to be visiting Croatia.