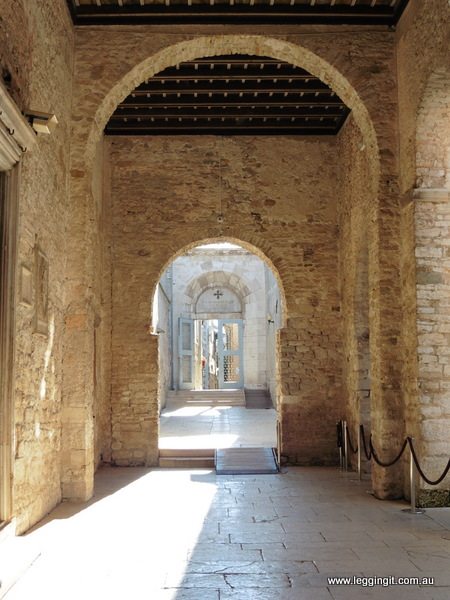 It’s been quite chilly since we’ve been in Pula, however we’ve braved the cold to visit various coastal towns and cities  around the Istria. We ave covered most of them in other posts but here is the final few. 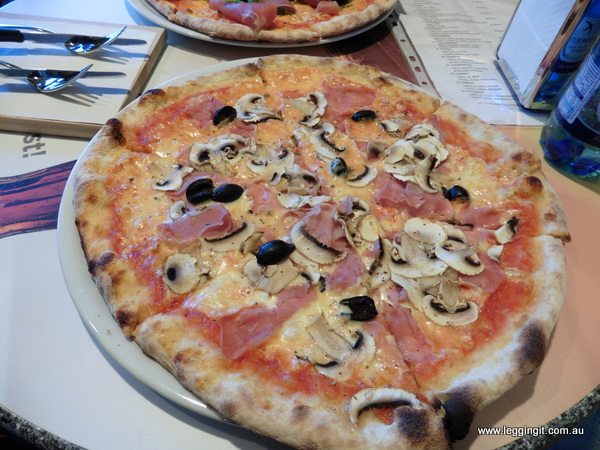 The first time when we visited the Baredine Caves, and stopping in Porec for probably the best pizza we’ve ever tasted. We just couldn’t help ourselves we just had to find an excuse to have another pizza.
Poreč is surprisingly a large sprawling coastal city with all sorts of attractions. Around the area are water parks, beaches, all sorts of outdoor activities, fun parks, caves, everything to keep kids happy during holiday season. For older people there’s lots of history around the area including the old city which is perched on a peninsular which just out into the harbour. 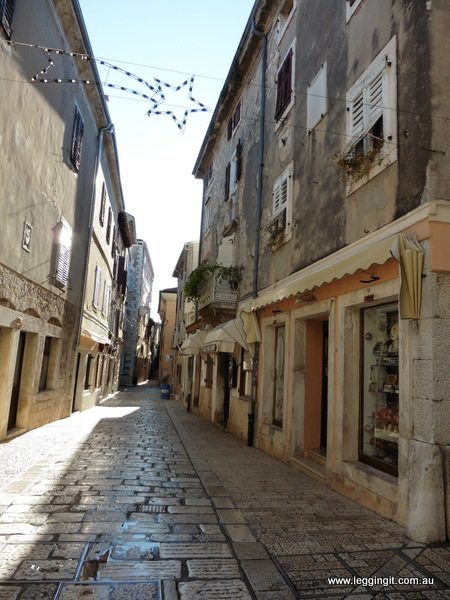 The old city has lots of houses which date back to medieval times and narrow the cobbled streets really transport you back in time. 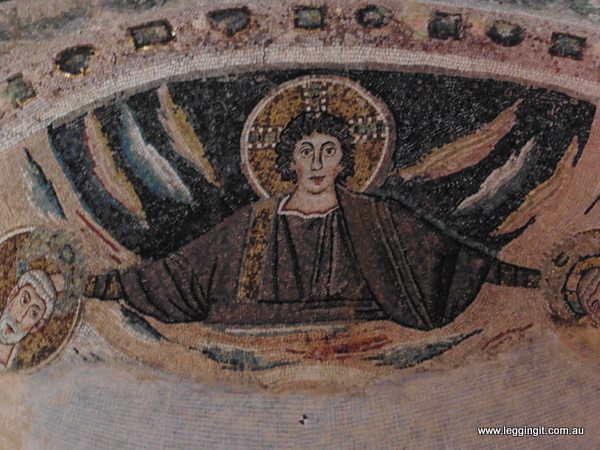 It’s also home to the Euphrasian Basilica, also known as The Basilica of the Assumption of Mary. We visited the Basilica and were lucky enough to have a look around without any crowds. What an amazing place.
Next to the Basilica are the remains of the original roman house built in the 4th century, 200 years before the current basilica. Inside the basilica the most striking feature is the mosaics. With simple painted walls, high ceilings and columned archways the eye is lead to the altar. The mosaic work on the domed ceiling over the altar and the archway have to seen to be believed. There’s mosaic representation of twelve disciples, bible stories, twelve women martyrs, just so much to take in. Tiles of magnificent gold and azure really make the mosaic a piece of art. Attached to the basilica are the remains of the former basilica with the remains of its tiled floor still visible.
Walking around the old city it really is amazing to see roman walls and gates still standing. 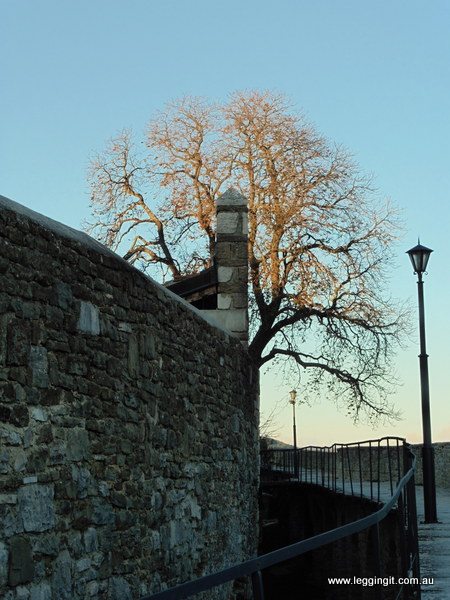 We took a ride from Poreč up to Motovun/Montona. One of the strange things about the Istrian Region is the dual languages on road signs. Local people speak Croatian, Italian or a mixture of both with each village having a local language depending on the ethnicity of the inhabitants. Due to this, every town or village has two names one Croatian, the other Italian, for instance Pula/Pola, Poreč/ Porenza, and Rovinj/Rovigno. It gets a bit confusing when looking on a map when the two names aren’t similar for example, Novigrad/Cittanova or Motovun/Montana. I was a bit confused when Michele said we were headed to Motovun because I could only see Montana on the map. The road from Poreč passes Baredine Caves, which we visited a few days ago, as it winds through some tiny villages.

As it gets close to Motovun the road sweeps around a bend where there’s a great view of the fortified city of Motovun perched on top of the next hill. The road up the side of Motovun winds back and forward before it reaches the base of the fortified town. The roads pretty rough in patches which is unbelievable as there’s a fee to use it (no one was in the box so we just kept going). With all the money raised from service charges the road should be perfect. We parked near the cemetery as the parking lot wanted a stupid amount of money. 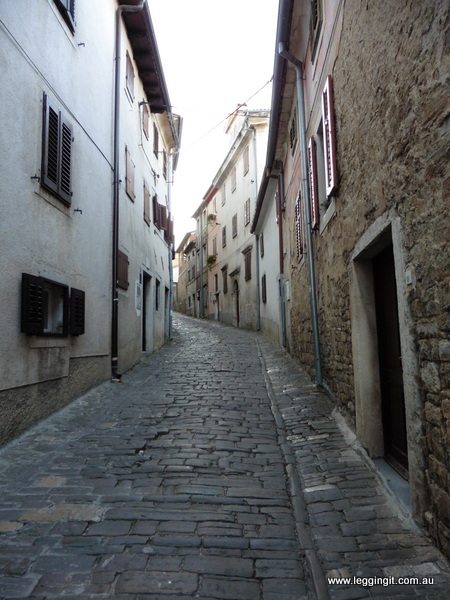 The road into the town is blocked with a bollard anyway and the road up the hill is all cobbled. The constant flow of cars over the cobbles have compressed the ones on either side of the road whilst forcing the ones up in the centre. It must be a nightmare for low slung cars. The houses are pretty rustic however, with some being almost left to the elements and very aged. There’s some new buildings going up which is good, because it means that the locals can afford to live there and it’s not just another tourist exhibition. 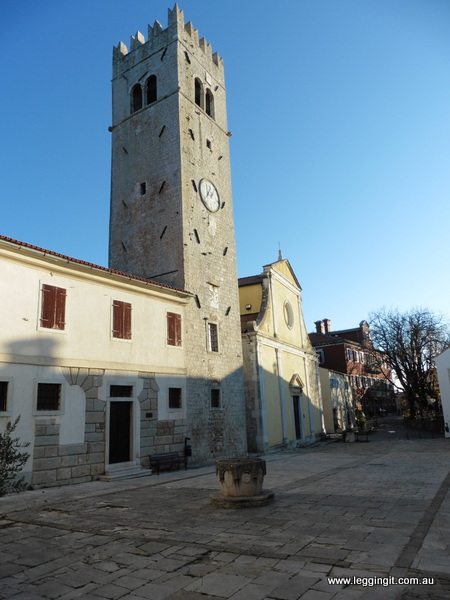 Close to the top of the hill we passed through two sets of defensive walls into the courtyard. In the courtyard is the council house, church and a nice restaurant with a lovely piazza set amongst trees. We took a walk around the castle walls along a walkway which extends around the perimeter. It has great views over the terracotta roofs of the houses below, across the valleys on all sides and along the canal. 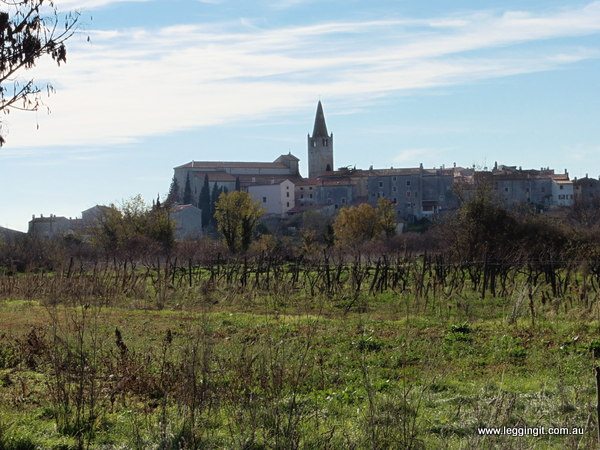 Another coffee stop was the picturesque fortified town of Bale Riding south towards Pula we’d passed this town and were amazed at how beautiful it looked centred around the Holy Spirit Church. Bale traces its origins to the stronghold of Castrum Vallis which was built to protect the salt pan road from Pula to Poreč. The current fortifications are from around the 15th century and later. 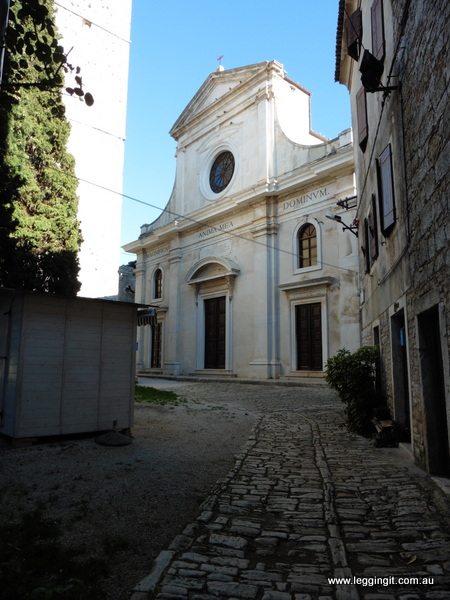 When we visited we parked up next to the church and took a look around. Unfortunately the church was closed but wandering around the narrow alleyways of the former castle it’s quite interesting looking at the rebuilding taking place. Much of the old fortifications have fallen into ruins but the gate has been rebuilt and some of the old sections have been turned into apartments. It’d be a pretty cool place to stay. As we were wandering through the streets just outside the castle, a tractor thundered past loaded with firewood. It’s great to see the place is still alive. We wandered back to the central cafe we’d spotted on our way in with tractors parked outside and where the local market was set up selling fruit and vegetables. The cafe had a real friendly atmosphere and it was really nice to mix with locals. Definitely a nice place to take a break.