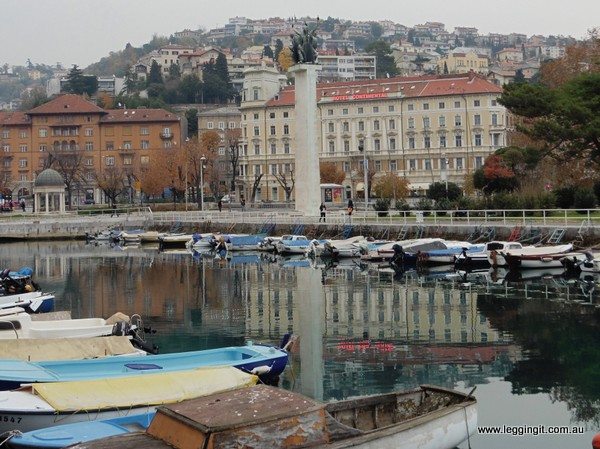 It was a little overcast and cloudy as we headed into Rijecka today.  The coast road from Kraljevica is beautiful as it winds around the hills passing through Bakar and following the bay past Bakarac. Looking down from the hill, Bakar looks like a place worth visiting with a town centred around a little church overlooking the bay. It looks really picturesque. 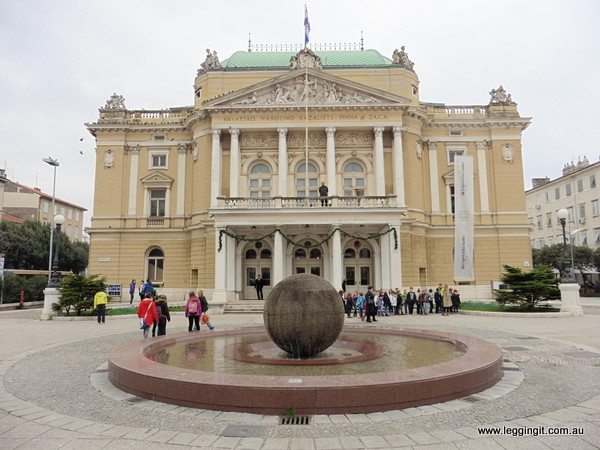 Riding into Rijecka, it’s hard to get a real sense of the place. It’s a big city with lots of old buildings from the Hapsburg era, many of which are in a real bad state of repair.

Rijecka in former times was a huge trading port which is obvious in the buildings around the port. 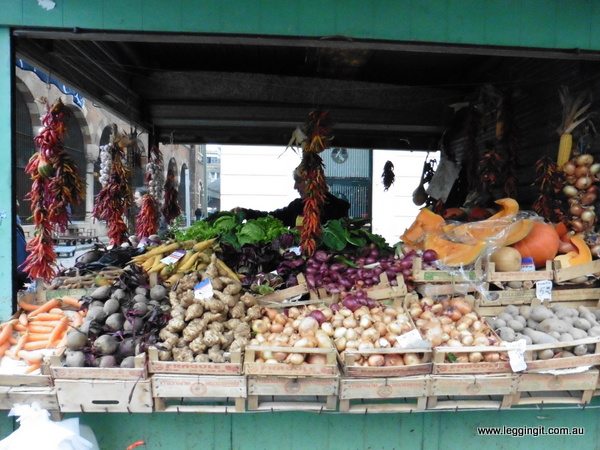 The markets of Rijecka are quite famous as they’re some of the oldest in the region. There’s street markets with all the usual clothes etc, fruit and vegetables. Theres also covered markets selling dairy produce, meat and fish. Bakalar (salted cod) is one item that everyones buying at the moment. It’s a traditional christmas meal. The salted cod is soaked for three days in fresh water and then prepared. One of the ways is to mix mashed potato with shredded pieces of Bakalar. Sort of like fish pie mix. 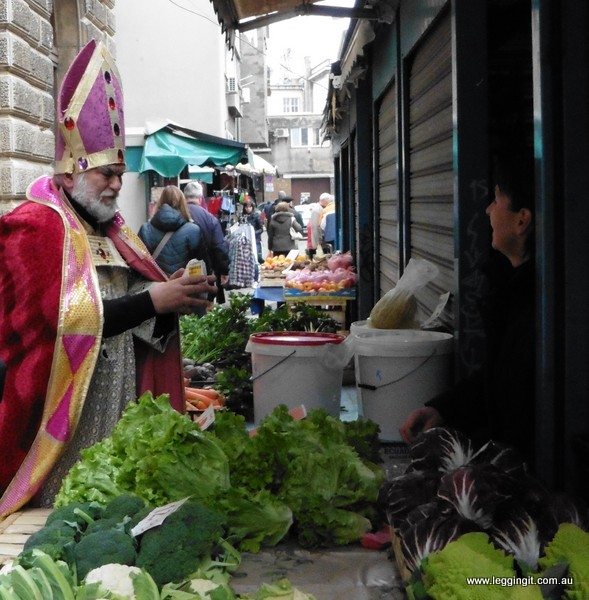 As we were looking around the markets we spied a bearded guy in a purple bishops Mitre and red cassock wandering about handing out sweet cakes to stall holders. It took us by surprise at first before we realised that Croatia celebrates St Nicholas’ Day. Tomorrow December 5th, is St. Nicholas Eve. That’s when children place their shoes on windowsills in hope. On St. Nicholas Day, they find their shoes filled with sweets and little gifts. 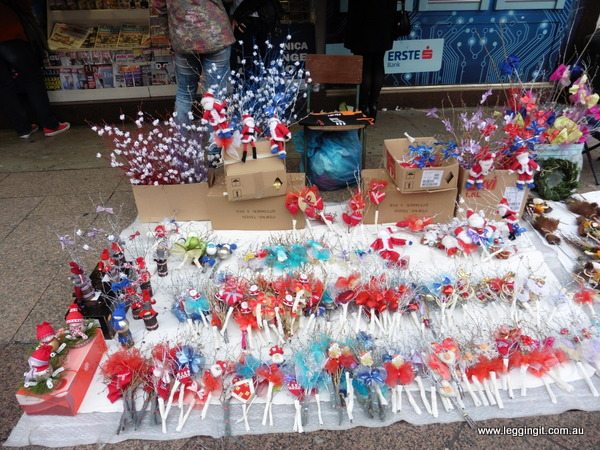 Around the streets and through the mall there were people selling small branches. They were simple homemade pieces painted with silver or gold and decorated with bows. It was quite strange for us, so we asked one of the ladies selling them who explained the traditions. It turns out that St. Nicholas may also be accompanied by Krampus. He can give the naughty children a good thrashing or carry off the really naughty ones. Part of the tradition is that Krampus leaves switches for children to remind them to be good during the year, hence the decorated branches. Strangely enough the St Nicholas at the markets was accompanied by a Panda?

We thought it’d be a good idea to visit the tourist agency and find out what things are happening in Rijecka at this time of year. Unfortunately the tourist bureau and the address on google maps are on different streets. After arriving at the tourist bureau on google we were redirected by the staff to the main mall. Well unfortunately outside of summer, tourism doesn’t really exist. Tourist offices in general are pretty blasé outside of summer and this one still had information up from 2014 on display… 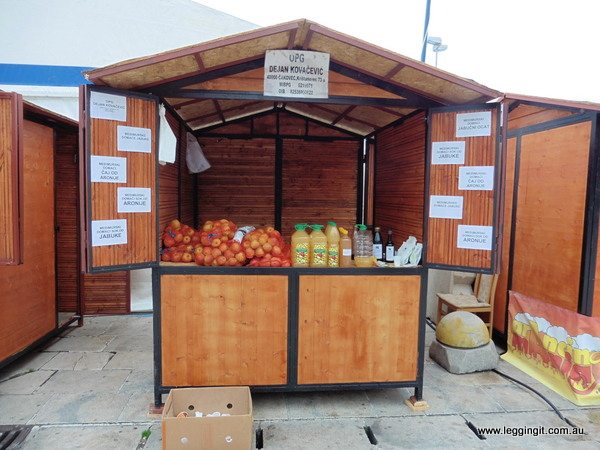 We took a look around the centre of Rijecka which was decorated with advent decorations. The mall had all the Advent stalls up with lots of people standing around meeting friends and chatting over a mulled wine. School kids were singing Christmas carols on the main stage of the mall. It’s beginning to look a lot like Christmas.