Despite the title the day didn’t start with plans for the day to end the way it did. After ten days in Larocal it was hard to get Michele moving this morning. She was pretty chilled and with another woman around couldn’t resist chatting. Luckily our host had a few Skype calls to make so I was able to pry her away. 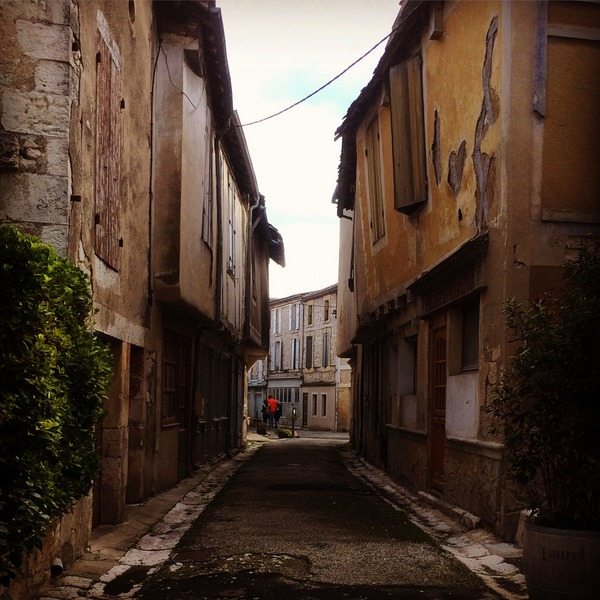 On the road to our next destination of Ouradour-Sur-Glane, we decided to head through Bergerac to have a look. Along the way we passed through Issigeac. We were lucky to spend a morning exploring the markets in this medieval town a few days ago. Issigeac is full of half timbered houses so it is like stepping back in time. On market day the town is packed with market stalls selling all sorts of local produce from the Dordogne region.
As we drew close to Bergerac we were astounded by the amount of vineyards. 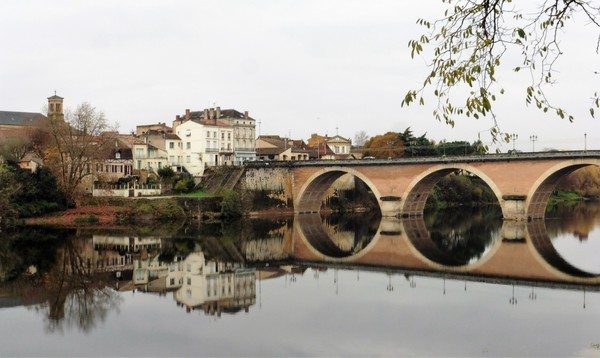 The area around Bergerac is famous for its wines and produces some of the finest Bordeaux wines. We were able to sample some whilst we were staying at Larocel. As we rode into Bergerac we had some great views along the Dordogne River. 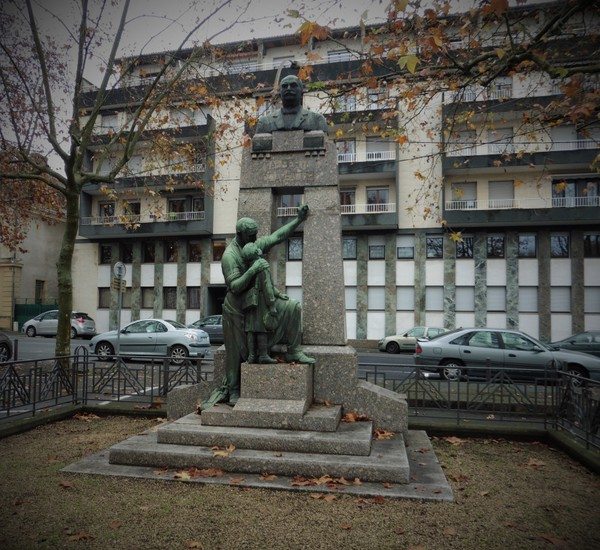 We didn’t hang around too long in the city but did spot this beautifully poignant war memorial.

Just a quick look before heading towards Château de Marqueyssac at Vézac to check out its famous gardens. 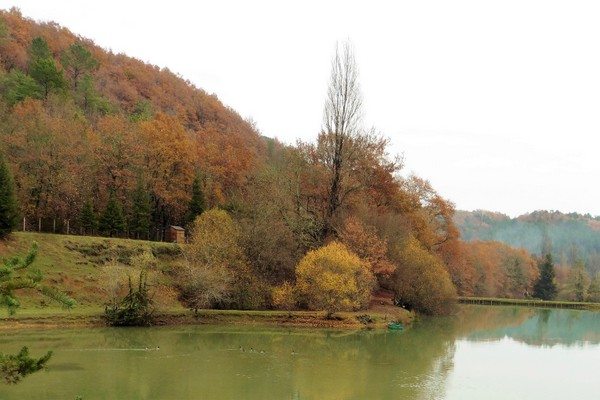 The route from Bergerac wound through the hills passing through forests and lots of farming country. The Dordogne is a lovely area to ride through with all the vineyards and little picturesque villages. 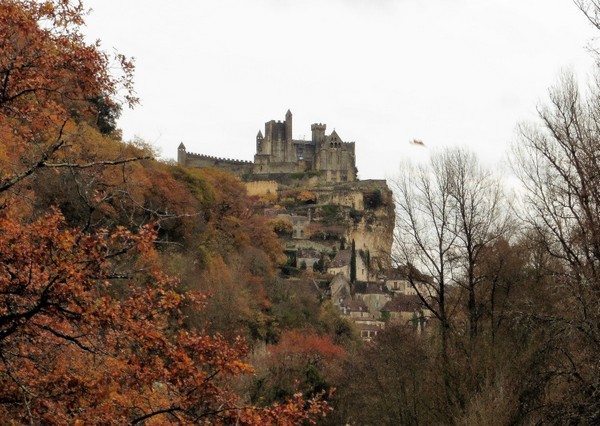 When we reached Beynac-et-Cazenac, a few kilometres from Vézac, we were amazed at the sight of Chateau de Beynac and the abbey which sit high on the cliffs overlooking the town. Beynac is a picturesque town full of lovely old stone buildings. 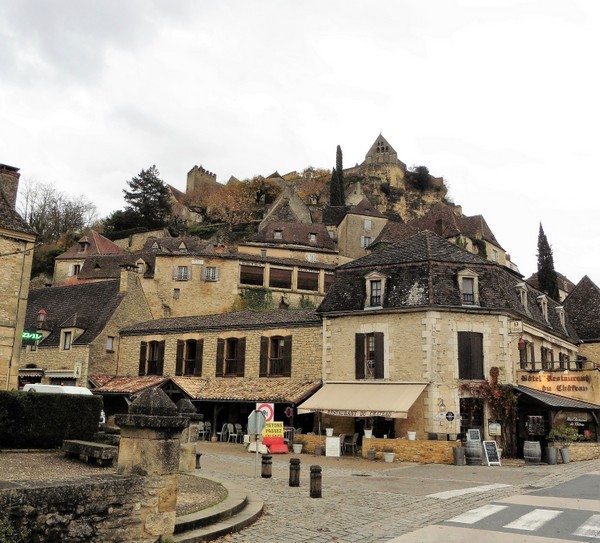 The cobbled streets lead up the hill through the town to the chateau. As we were too early for Château de Marqueyssac gardens we decided to stop for lunch in Beynac. The restaurants on the rivers edge were closed but the lovely restaurant De Chateau was open for lunch. It wasn’t on the rivers edge but still had views across the River Dore. Like most French restaurants they were serving a lunch special, three courses for €12. Being low season we were the only people in the restaurant until another Australian couple arrived. The waiter seated them nearby so we had a lovely hour or so chatting to them. 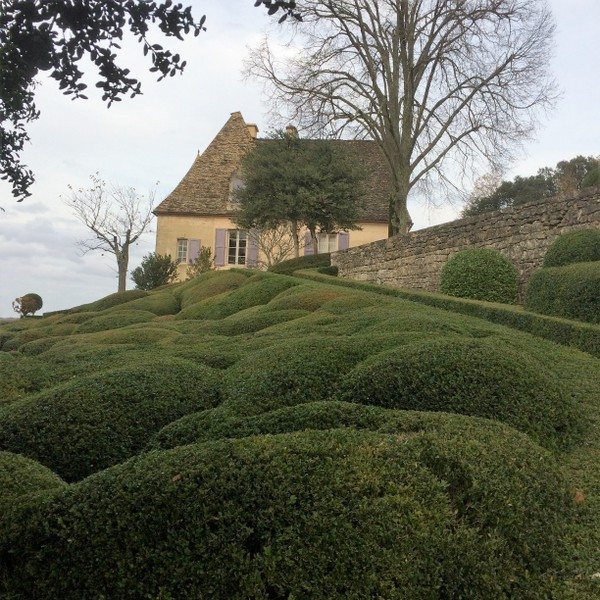 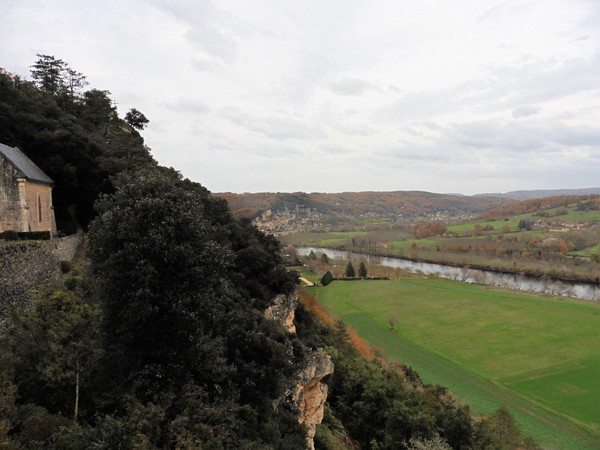 Built on a cliff at one end of the ridge the gardens stretch over a kilometre along the ridge. Three walking trails lead along the ridge to the Belvedere, the viewing point. At various points along the cliffs are lookouts with views across the valley and the various Chateaus which surround it. 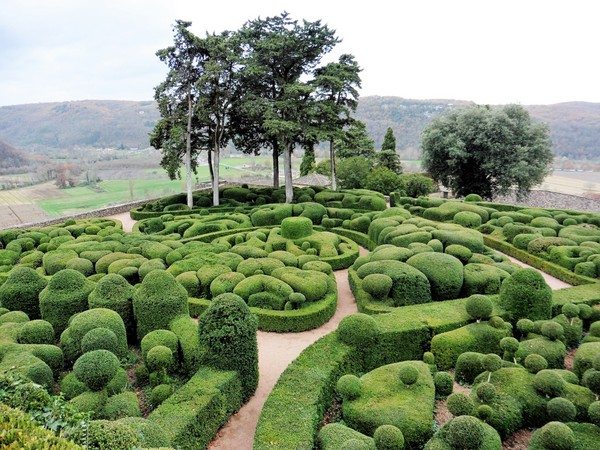 The gardens date from the 1860’s when about 150,000 boxwood trees and various other trees were planted. The boxwoods were carved into shapes which are quite unusual. By the time we reached the top of the hill Michele had to take another break. I thought it was the result of the big lunch. 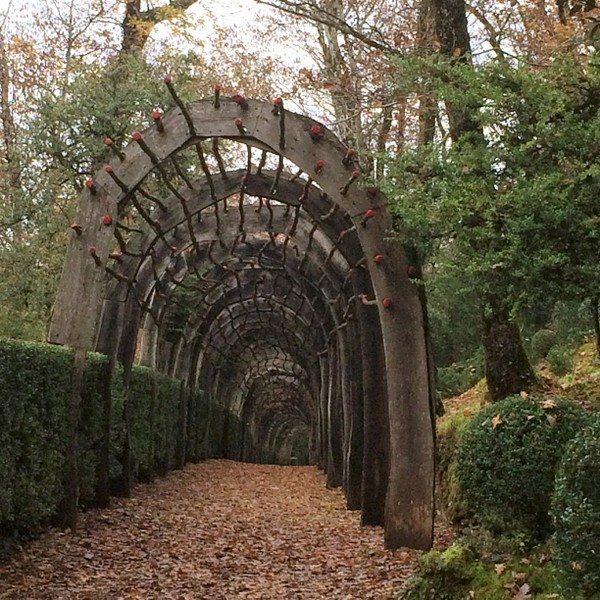 We continued on through the gardens through hedged woodlands but by the time we reached the hallway point Michele was in bad shape. She was really pale and had a searing pain in the chest that was getting worse.
The only course of action was to head to the closest hospital emergency room. Back at the ticket office they informed us that the closest hospital was 10 kilometres away at Sarlat-La-Canéda. Michele slowly made her way back to the bike and we headed off. Along the way we passed an ambulance but as Michele’s condition hadn’t deteriorated, we decided just to keep going. 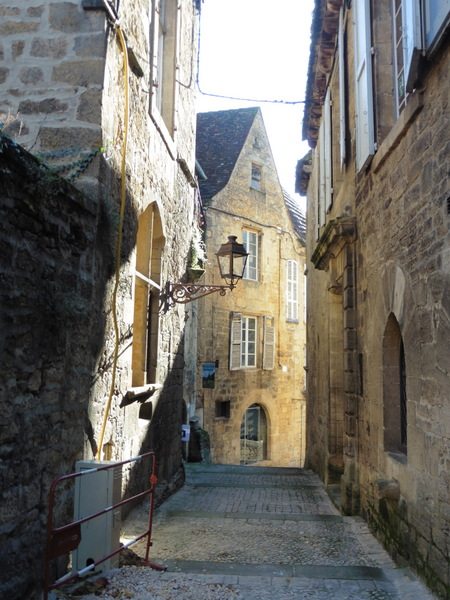 Soon we were arriving at Sarlat-La-Canéda. As chance would have it Sarlat-La-Canéda Hospital was on the opposite side of town. The route took us down through the centre of the old town, back and forth due to a series of one way streets. It was bloody annoying.

Arriving at the hospital I parked the bike on the footpath next to Emergency. Michele was ushered into the Emergency Room whilst I was ushered into the office. Of course the administrator didn’t speak English so it was hard going using my limited French. They were worried about being paid so took copies of passports and Medicare card whilst I filled out all of Michele’s details.

After about an hour I was allowed to see Michele who was still looking pretty pale but as her butt was hanging out of the lovely hospital gown it lightened the mood a bit.

Luckily for us the cardiac specialist was on duty and he seemed to be on the ball. He reassured us that Michele wasn’t having a heart attack and that the problem was elsewhere. He also spoke excellent English which was really reassuring.

We got the news that Michele would be staying overnight so about ten o’clock I decided to find a hotel for the night. On our way into Sarlat-La-Canéda I’d noticed a Ibis Hotel so headed for it.

After booking in the process of contacting the travel insurance and trying to cancel all of our reservations started. To add to the stress of course I couldn’t remember Michele’s login.

As the clock ticked over into a new day I crawled into bed. It was a weird feeling as this is the first time since we left home that we’ve been apart.