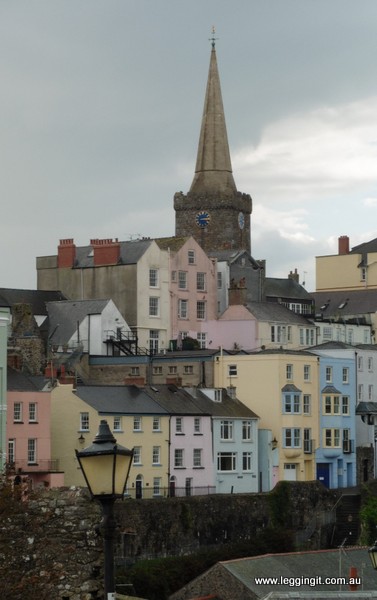 For the last week we have been looking after Mooshi Mooshi in his home in the little town of Tenby in South Wales. 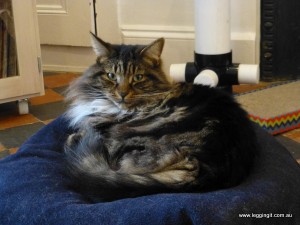 Tenby is a lovely little coastal town set atop high sheer cliffs with lovely sandy beaches below. Crumbling castle walls surround much of the town dating back to Norman times, giving a glimpse of the towns history. The towns beaches and bays were also one of the places used by troops training in preparation for D-Day.

There’s an island close to the town with a fort built to defend the town against the French, it was a gun emplacement during the war before being converted to a zoo until it closed. It now caters for visitors during low tide when the beach between it and Tenby is uncovered.

We also tried to visit one of the islands not far off he coast but the weather has been against us with the boat trip being cancelled most days due to sweep. In Victorian times Tenby was the place to flee from the city to enjoy medicinal baths in its water. They even had bathing boxes on horse carriages. One industrious local even pumped the sea water into his hilltop bath house.

Many of the medieval houses have been renovated to look modern but there are still a few left including the Tudor Merchants House. The Tudor Merchants House is a three storey building from which the merchant operated on the ground floor. At the rear a big kitchen with a huge fireplace which would’ve heated the whole building. Upstairs held dining room and bedrooms. It was an interesting place to visit as the building was in really good condition and the staff were so knowledgeable, friendly and helpful.

Tenby church is quite fascinating with a carriage style ceiling. Apart from the normal rosette bosses on the ceiling this one has statues representing god and four angels. One of the tombs was to a woman who was only 30when she died, married for 12 years and had 10 children only 7 surviving…

There’s a local museum which is worth a visit as it has bits and pieces of history about Tenby, like its famous citizens and those who visited. They don’t mind claiming everyone including one of John Paul Jones’ officers, nicknamed Leekie Porridge. After parting ways with his former captain he returned to Tenby to work as the Harbour Pilot. Unfortunately Leekie was recognised by a ships captain by the stolen silver buckles on his shoes and end up in the Tenby gaol. Obviously Leekie didn’t make it as a criminal mastermind. He was to get off lightly though because although found guilty of piracy he didn’t end up at the end of a rope but was forced to serve in the Royal Navy.
They also claim Black Barty another pirate from Haverford West, who within a year of making captain was commanding a squadron of 4 vessels of 508 men. During his short career he took over 400 vessels. He was tall and dark wearing a crimson waistcoat,breaches, a red feather in his hat, gold chain and a diamond cross around his neck and two flintlock pistols whilst fighting. Captain Jack Sparrow would’ve been envious of his stylish appearance. They also claim Roald Dahl the much loved children’s author who visited quite often, as did Dylan Thomas, the famous poet. It has a small art gallery with famous local artists and their works with a bit about their lives.

One thing we enjoyed about Tenby is of course the seaside. During the day we walked along the beaches and enjoyed coffee overlooking them. Then just on dark we watched as the sea reclaimed them as there is a huge tidal difference.