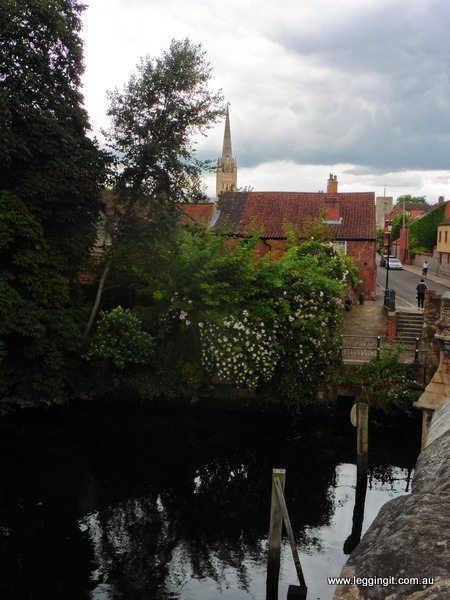 We stayed four days in Norwich at a B&B in the countryside surrounded by fields of barley and sugarbeet. It was a great setting and the hosts were an absolute scream. 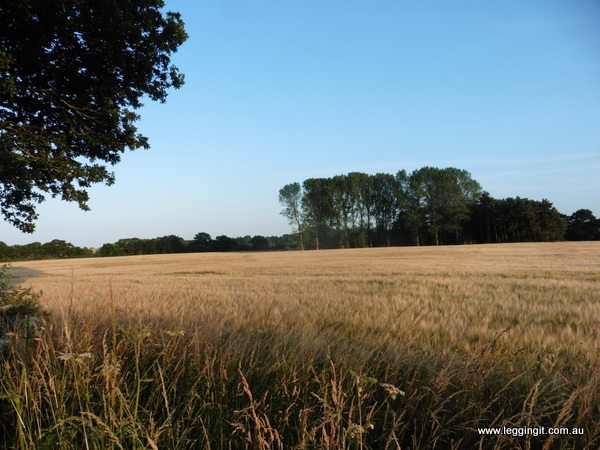 Nigel had named the local barn owl Barny, so every night we had the binoculars out looking for an elusive owl but never saw him. I wonder if he was having a lend of us. He also blamed us for chasing off the partridges which came visiting the yard. They hung around for ages on the front step and we took a few photos, but you can’t stop a man on a mission and Ron had washing to hang out so the birds soon flew off.
It was hilarious when Nigel discovered a pork pie in the fridge. As he was about to sink his teeth into it his wife stopped him saying “what the hell are you doing that belongs to one of the other guests?”
It’s amazing how pork pies became the topic of conversation for the next two days. Where to get the best ones. How to pick a good one. We just had to buy one and it was fabulous.
Whilst we were there we took a few day trips out to the coast. Greater Yarmouth is a place we’d heard about long ago in an old Roger Whitaker song. It was a song about fisherman making their way home to the safety of Yarmouth Quay and it had a nice homely feel about it. Well needless to say the song wasn’t written today as it would’ve talked of the rows and rows of funfairs with names like Golden Nugget, Caesars Palace, Brittania Pier, Joyland. The seafront at Yarmouth is aimed at English holiday makers with all sorts of machines to separate young and old from their money. It’s really trashy, but we’ve found that many English seaside towns are the same. Maybe it’s because it is always raining and people need things to do. 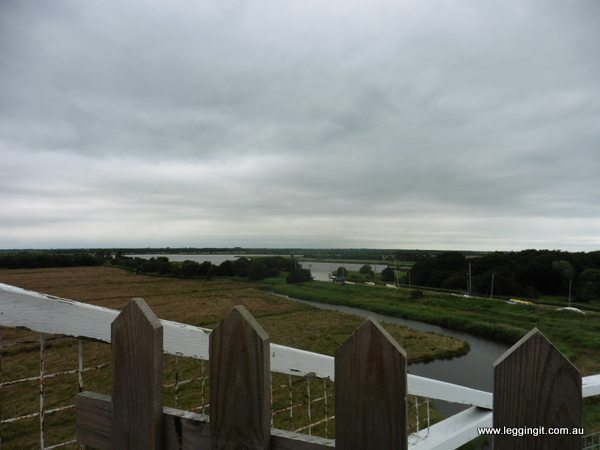 Bored with Yarmouth we headed further along the coast to Horsey, where we discovered The Horsey Windpump, (another National Trust Property) the windmill was built in 1912 on an older 18 century structure. It is part of a series of wind pumps along the broad, whose purpose is to drain the water from the grazing land. It  is also supposedly haunted by a worker who got caught in the mechanism and you can hear him rattling around at night (good thing we weren’t there at night!)
From the top there are great views over the wetlands and broads and the channel in front of the wind pump is also a dock for a number of boats. 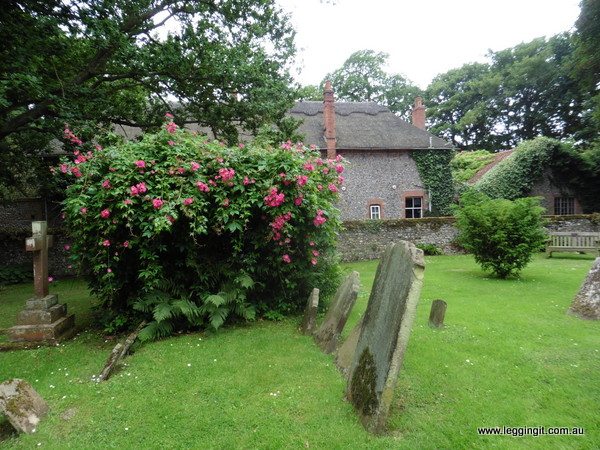 Not faraway is the quaint All Saints church, with its Norfolk style thatched roof and Saxon round tower. It’s quite rare for us to find a thatched roof church and this one is situated in a very quiet little village. The ride through the Norfolk countryside is truly magnificent.

Norwich was the second largest city in England until the 1700’s and it’s retained many of its old buildings giving it a nice feeling. When we visited they had an arts trail of about 70 dragons all decorated by different artists to reflect all different characters. The tourist information had a map with all the locations and we tried our best to see as many as possible. 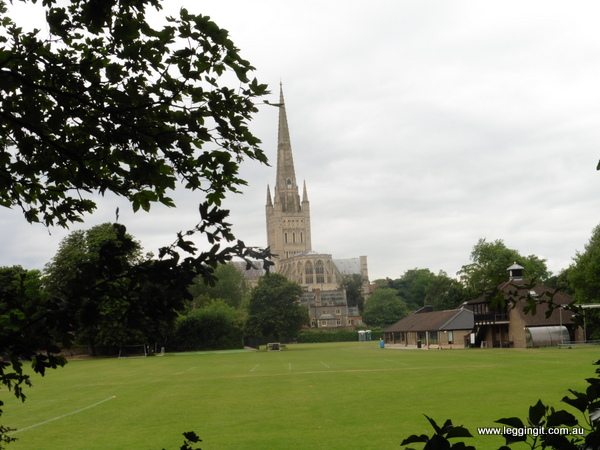 We visited Norwich Cathedral which dates from 1096 when the Normans built over the settlement and two Saxon churches. It has transformed into a building which is both a place of worship but also a statement of power featuring a cloister second only in size to Salisbury Cathedral and a spire which is the second highest in England. Inside it is a magnificent example of Norman architecture. The centre of the cloister also has a labyrinth of stones which is something we’ve been noticing in more and more churches recently. Inside the cathedral is high vaulted ceilings supported by Romanesque arches. There’s a painted vault at the rear of the cathedral which reflects what the cathedral would’ve looked like centuries ago with religious icons adorning the ceilings and walls.
Attached to the cathedral is a lovely modern cafe restaurant and a shop where we stopped off for lunch. Great place to visit.

Whilst we were in Norwich we had a chance to catch up with one of our couch surfing friends at a local restaurant. One thing about Norwich is the abundance of great places to eat with some great pubs and restaurants, especially along the canals.