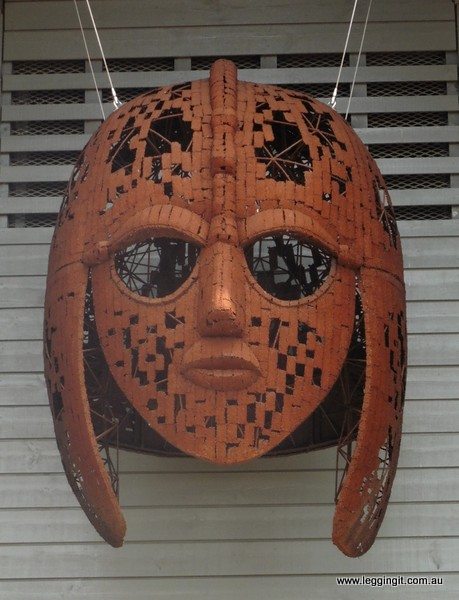 We have spent the last week since leaving Australia in London, doing some planning and enjoying the Barking Folk Festival where Ron got to meet Billy Bragg who we also discovered was a St Kilda supporter and had even written a song about them called Yarra you can hear it on here 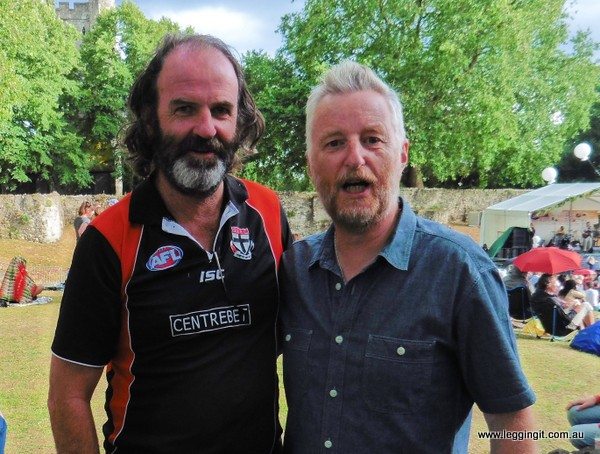 Leaving London we headed north to Sutton Hoo, an Anglo-Saxon burial site across the River Deben from Woodbridge in East Anglia. At Sutton Hoo there’s a nice new museum, and visitor building which contains a cafe. They cater for bikers with huge storage lockers to stow your leathers in. We decided to take a guided tour of the burial site. Along the way our guide told us a tale of discovery which included grave robbers, stolen glory and ghostly apparitions.

The tour takes about 1 hour and the lady who took our tour was quite quirky and has been involved in the project for a long time so has some great stories. 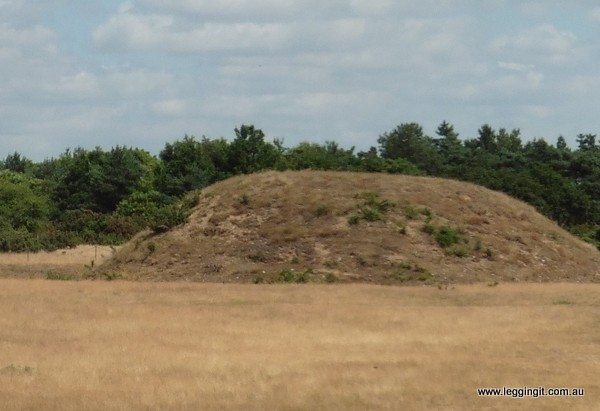 On the site there’s about 20 mounds many of the mounds had been robbed over the years by treasure seekers. One story goes that on a dark and stormy night in 1938 the former owner of Sutton Hoo saw a ghostly apparition of an Anglo-Saxon standing atop of a mound across the field from her house. She contacted a local archaeologist who was to find one of the greatest Anglo-Saxon ship burials beneath the mound where she saw a ghostly apparition. Soon another archaeologist from Cambridge University had heard of the find and had usurped the local archaeologist. The artifacts were gifted to the British people by the land owner and soon were in the British museum in London. 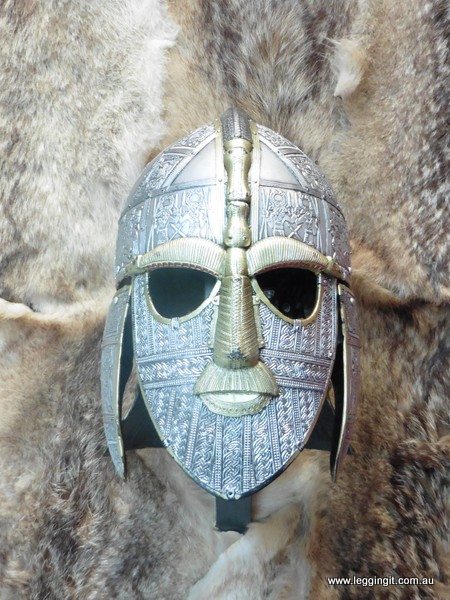 It’s believed that the grave contained King Raedwald buried beneath an upside down ship, 90 feet in length. He was mentioned in Beowulf and was the first of his lineage to convert to Christianity. Despite his pagan burial there were grave goods containing Christian symbols so obviously he was hedging his bets in the afterlife. 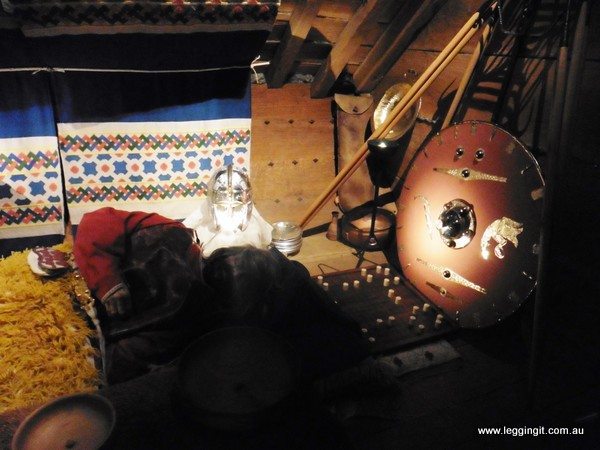 The National Trust eventually were entrusted with the care of the site. When they decided to build the new visitor centre and exhibition hall an archaeological survey found more burial sites. Although most of treasures were sent to London, some are on display at Ipswich. At the exhibition hall , some outstanding reproductions were crafted to be displayed including the helmet, shield, sword, and purse. There’s some other artefacts which were found in some of the other mounds to give the displays some authenticity. Also on display is a mock up of the interior of the grave with the king dressed in all his finery, covered in furs surrounded by his weapons and goods he needed for the afterlife. It really is a fabulous display.

We spent almost half a day wandering around the grounds and in the exhibition hall before collecting our gear and heading on to tonight’s destination Norwich.

Visiting Sutton Hoo can be done as a day trip from London, you can find more about Sutton Hoo here.