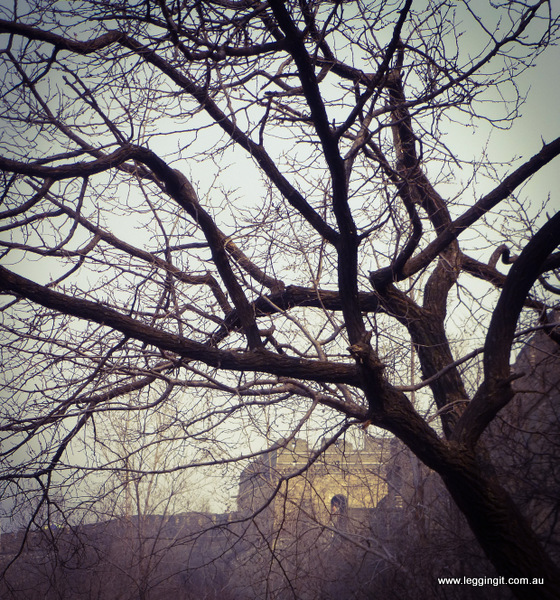 Up out of bed with our feet under the breakfast table by 7 am in readiness for a 745 departure for the Great Wall of China.

It took nearly two hours to reach our destination of Mutianyu one of the quieter sections of the Great Wall. On the way our tour guide Tony told us a few interesting facts about The Great Wall. Basically it started out as city walls and under Emperor Qin it was extended, 2000 years ago. The wall was built by peasants, and slaves, about 1.2 million at the time, with thousands dying and their bodies being entombed within the wall. The seven original kingdoms of China were walled cities so Emperor Qin extended the walls between the cities to mark their border and to keep their northern neighbours out (a little unsuccessfully of course as the Mongols and the Manchu’s invaded China.)All up the wall is 8,851.8 km’s (5,500 miles) long, he says only one person has walked the whole length so anyone who is up for a challenge The Wall is waiting.

We got off the bus and made our way up through the car park stopping outside the toilets where nearly everyone had to make a visit. We then walked up to the ticket office and we were thinking great 50 people all marching behind a flag, not our idea of fun. It was not to be. We were handed our tickets and some people walked the 2,000 steps up the hill to the Great Wall and the rest of us bought tickets to the chairlift and spread out. Most of the group we met were really nice and we chatted as we passed. We met a lovely girl from Bath, a young guy from Sydney, Danny from San Francisco and his dad, a Colombian guy wearing a tshirt with “It’s Colombia not Columbia” on the front (he’d won a trip as reward for an architectural prize, two Austrian girls from Tyrell, a kiwi bloke from Wellington, a Canadian guy who I talked to about motorbikes, and a young Danish couple who’d been on the acrobat tour with us last night.

When we reached the top and made our way to the wall. As we made our way along the top of the wall the group spread out and we all made our way slowly to the last watchtower (number 1).

Michelle Obama had been on this very wall yesterday so we were so glad that the wall had been checked out and it was safe for us to walk along. This section of the wall, from watchtower number 1 to 23, was repaired a number of years ago which is quite evident, with new walkways, repairs to walls and watchtowers.
Although the wall was repaired, some of the brick repointing is some of the worst efforts I’ve ever seen, definitely the dodgy brothers got the contract. Obviously there was no quality control.

In all the guide books the wall looks like it’s flat or gently sloping. Well this area wasn’t which probably explains why there’s not many tourists. It was steep and the stairs were quite high so the area is quite picturesque. We passed through a few watchtowers, signal towers and a General’s tower (although I bet he didn’t stay too long) as it would’ve been cold and very drafty. At the very end of the tourist area there were signs forbidding access but a well-worn track led around the sign and further along to the original unrenovated wall so we joined all the other people. We overheard a guide explaining the reason for the sign is the government doesn’t want the expense of doing any more upkeep so basically the insurance runs out at the sign and you are on your own. The old original wall was overgrown with vegetation some of the side walls had collapsed and the watchtowers had collapsed. This is what the wall would’ve looked like prior to repair for tourism.

On our way back we met a group of young people trying to find a location to film two musicians. The musicians were Mike Dawes, a well-known 23 year old finger picking guitarist and a Chinese guitarist who was a friend of one of the touring agents. The Chinese guitarist had learnt Mike’s songs from watching YouTube. (Can you believe that) Mike Dawes was taking some video on different grand locations like the Golden Gateway Bridge, the Great Wall for a film clip.
The two young guys had a great time playing a few songs starting with a Chinese tune called Zhu Lim Jian Xiao, then Boogie Shred. It was awesome watching the two guy’s fingers running all over the guitars neck, banging and slapping the guitars as they played each song. They really enjoyed themselves.

We googled mikedawes.com when we got home and true to the word of the guys with him, he played lead guitar for Justin Hayward of the Moody Blues for Justin’s USA tours. He has even played alongside Tommy Emmanuel. We also discovered he released an arrangement of Somebody That I Used to Know by Gotye that gained over 1.2 million hits in its first week of release. Also 10% of the proceeds of all of his independent releases are currently going to FAB Projects, a Kenyan charity providing Food, Aid and Building in the region. He also lectures at universities. So a young guy trying to make a difference in many ways. Speaking to him on the wall he would be easily mistaken as just another long haired backpacker. We had our photo taken with him and wished him and all his friends well. They were a really nice group of people. Hopefully we will see him on our travels playing somewhere

We decided to use the toboggan to get back down from the wall. Well I decided and Michele begrudgingly went along with it. It was Michele’s first time on a toboggan so she was a little outside her comfort zone. The toboggan guide was so funny taking the piss out of people getting on the toboggans he was telling one guy to flick his head to keep his hair out of his eyes, which he obviously couldn’t do as he was bald.lol Michele had a great time going down the toboggan even if it was a little slow. Sometimes it’s great to go outside our comfort zones and try different things.

We met up for lunch at a two storey Chinese restaurant which surprisingly served pretty good food and everybody tucked in before we all boarded the bus for the city.

When we arrived back we headed for the bar where we caught up with a few fellow wall walkers and chatted, whilst listening to Danny’s music (some quite interesting). Before long we realised that time had slipped past and it was 7pm and it was time for tea so we bid our adieu and wandered off and found a nice little hole in the wall restaurant with two tables and ordered two bowls of dumplings one spicy one not. When the bowls arrived the lady was concerned that the spicy one was too spicy for me, so I put a few extra spoonfuls of chilli in to allay her fears.
Her face was all contorted when I dipped my spoon in, maybe expecting my head to explode and shower her with brain matter but that didn’t happen and soon she was offering me more chilli. It was a pretty good feed and with two drinks only ¥42 about $7.30 Aus, so cheap as chips.

With full bellies we headed for the hostel slipping past the party people who’d been heading out for a bite before we’d left but had been waylaid.lol

Tomorrow is our last day in Beijing and we will be catching up with some friends we have met on our travels.

5 thoughts on “Great Wall of China”