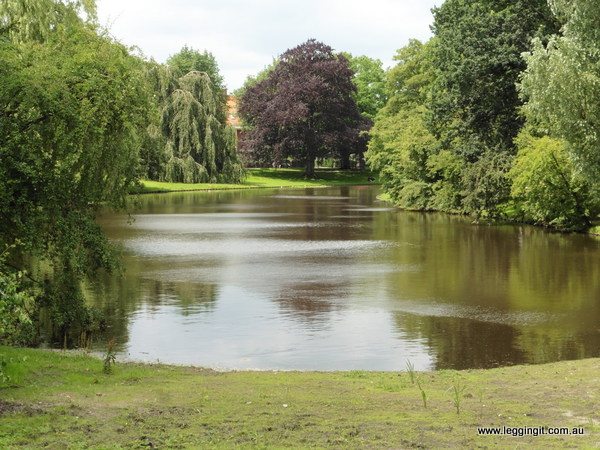 The weather was a little overcast as we headed into Groningen. It’s been a little strange with hot humid days and afternoon showers. Heading into the city wasn’t so straight forward as we had to criss cross canals all the way. Getting used to the high volumes of cyclists has been hard, they are just everywhere.

After finding a park amongst the bikes we headed towards the Grote Markt. It was pretty hard to miss as the markets spill over into the surrounding streets. There was all sorts of things on sale including clothes, shoes, handbags, cheese, meat, and everything you could imagine. Not far from the Stadhuis (City Council Building) we stopped off at the tourist bureau. Although quite lovely inside and filled with tourist souvenirs, nothing’s free at the tourist bureau. Forking over €1.95 for a city map which in most city’s are free seems a bit of a rip off. However, it seems all Dutch tourist information offices charge for maps. 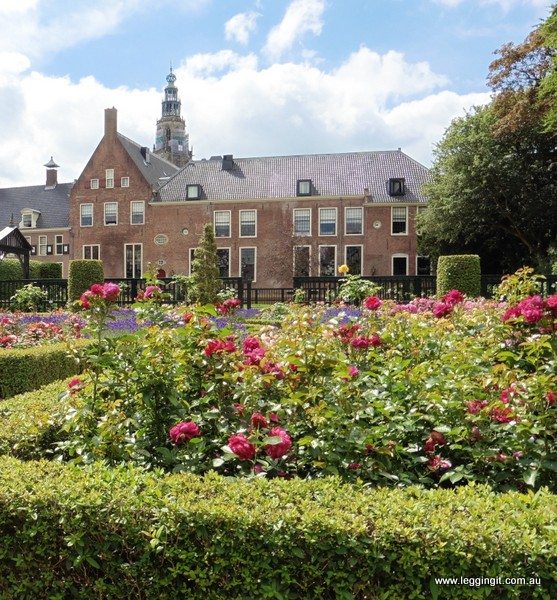 After getting our bearings we headed for Prinsenhof Gardens not far from Martini Tower near the Grote Markt. Prinsenhof is the former home of the Nassau Viceroys and these days a boutique hotel, however the gardens are free to the public.
Prinsenhof Gardens at the rear of the Pinsenhof are a beautiful formal garden. The gardens although not extensive in size compared to some we’ve seen had some great features. One of these was the two circular hedge gardens. These gardens were two circular trellis’ covered in forming a hidden tunnel. A straight tunnel separated the two and led the eye to a feature statue up against the white wall. Square windows had been cut in the hedge to allow views over the central gardens beds. 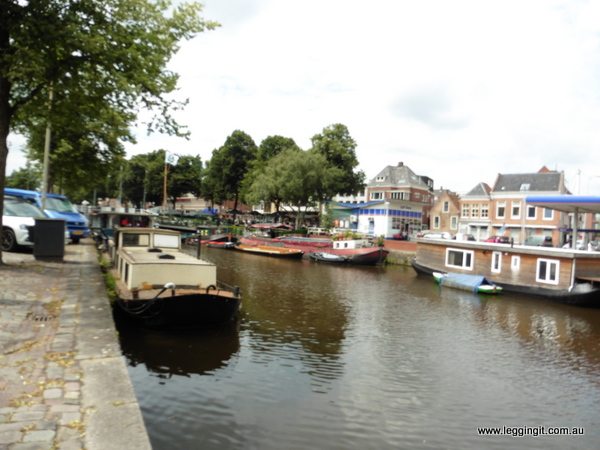 One of the fascinating things about The Nederland’s of course is the canals. There’s always something to see and there’s always happening along them. Wandering along the Nooder-Haven canal the lovely old houses were just spectacular. With the ships stern style fronts they really add a sense of style to the city. Along the canals boats plied their trade and people who lived on the canal went about their daily life. As the sun was out a few even were out brushing up on their tan.
Along the canals most of the vessels are designed to fit under the bridges but a few still open to let high masted vessels through.

We headed for the Noorder-Plantsoen, a large park in the centre of the city filled with dog walkers, cyclists and kids playing. As we wandered through this leafy park it seemed that we were being stalked by the ice cream man. His bell echoed through the trees enticing people into his trap.
The park was quite relaxing with lots of big trees surrounded by canals and lakes. Along the banks of the waterways Egyptian geese had taken up residence. With long legs, they almost look like they were on stilts. They looked a little sinister with the big brown spot which surrounds their eyes.

The ring of the icecream bell must have sown a seed for as we walked back along the canal Michele had to stop for icecream. Talk about subliminal messages. 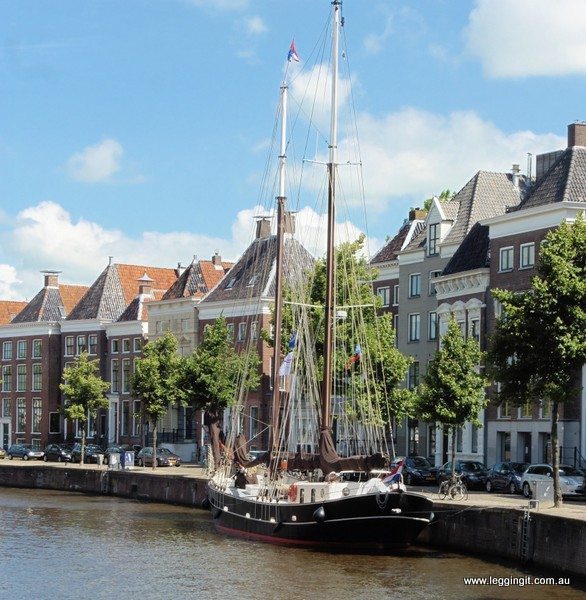 Like most Dutch cities there was plenty of acton along the canals and we made the most of it as we headed back to the centre. We spent the rest of the day wandering around the streets checking out the old buildings and cruising along the canals on the bike.

Groningen is the perfect place to just wander around and enjoy especially on a beautiful sunny day. For more information on what to do you can contact the Tourist Office.
Late in the day we headed for the city centre to find a restaurant only to find it almost deserted. It was amazing the transformation between a bustling marketplace to a deserted ghost town. Finding an open restaurant was quite difficult so we opted for the supermarket.
With the rain starting to build it was time to head back to our couchsurf. Tomorrow we head to Almere Stadt where we will be housesitting for a week or so.