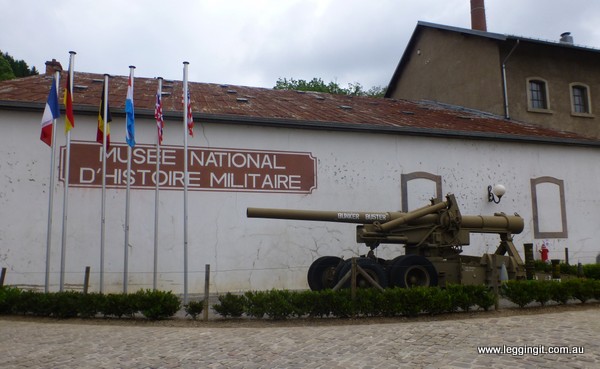 The Diekirch National Military History museum is located in the ‘old Diekirch brewery’ close to the centre of town. There is parking available at the museum but the car park isn’t huge. Museum entry fee for adults is €5 and the audio guide was only about €2 extra and well worth it.

The museum presents an fairly objective historical view of the military operations in the Ardennes from the point of view of the American, German, and civilian population. It does this with a series of lifesize dioramas which enable an insight into the Battle of the Bulge and different situations facing soldiers and civilians. There’s an interesting Thanksgiving Day diorama with US soldiers gathered around a field kitchen where the US Army had delivered frozen turkeys. 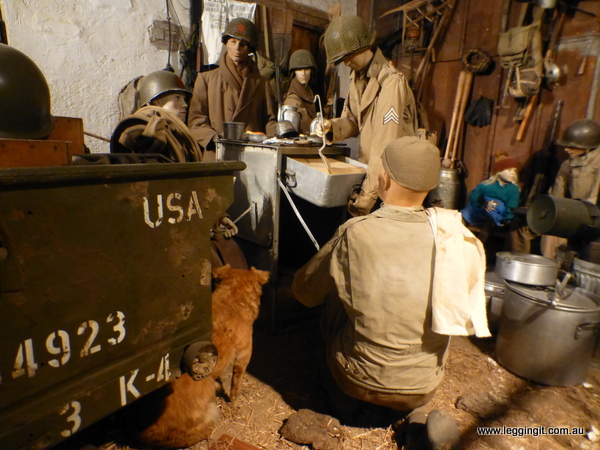 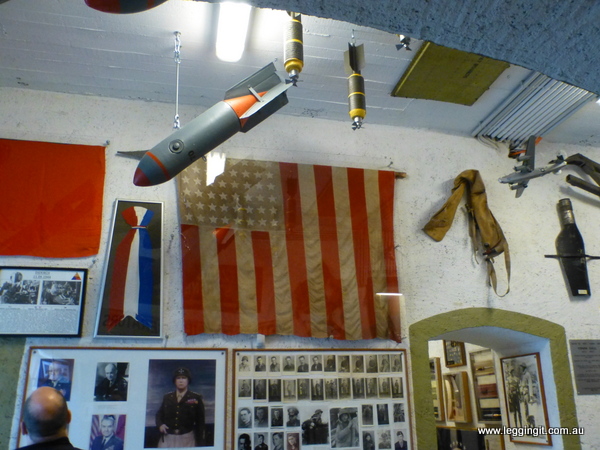 The showpiece of the museum is a huge mockup of the night crossing of the Sauer river at Diekirch on January 18, 1945 by parts of the US 5th Infantry Division. The life sized diorama gives the impression that you’re there trudging through the deep snow drifts crossing the frozen river. 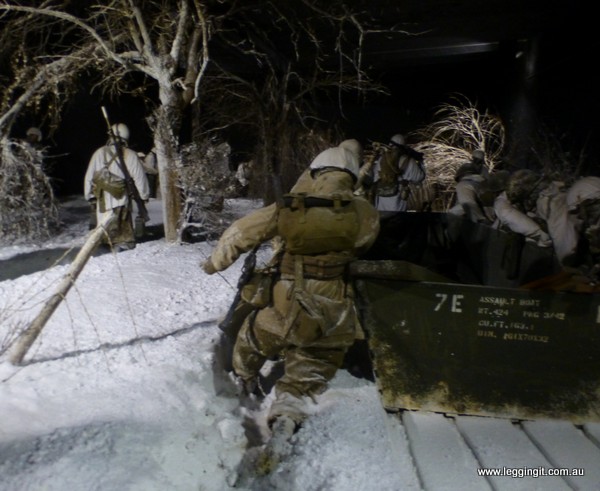 The museum also tells the tale of the resistance fighters, those who fought for the Allied Armies and the young men forcibly conscripted into the German Army. There’s also a mock up of the Russian POW Camp many were sent to at the end of the war.

A last part of the museum is a history of the military of Luxembourg from the creation of Luxembourg as a state, until the present day. A number of large-scale dioramas cover different periods of the army since World War 2. Theres also displays of Luxembourgers fighting in allied armies in the two World Wars, the Korean War and United Nations missions.

It’s reported that the museum’s World War II collection is one of the finest in Western Europe and judging by the amount of artefacts throughout the museum it certainly lives up to this reputation.

It’s the sort of place where if its quiet you can spend a number of hours slowly checking out all the displays and dioramas. Well worth a visit.