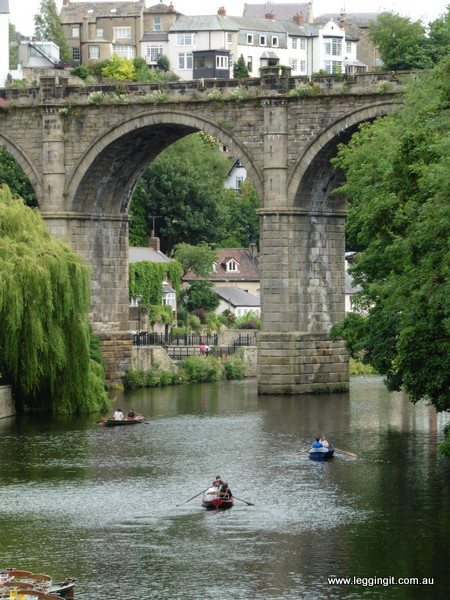 Heading south from Morpeth we decided to take a break at Knaresborough and check out Britains Oldest Visitor attraction, Mother Shipton’s Cave. 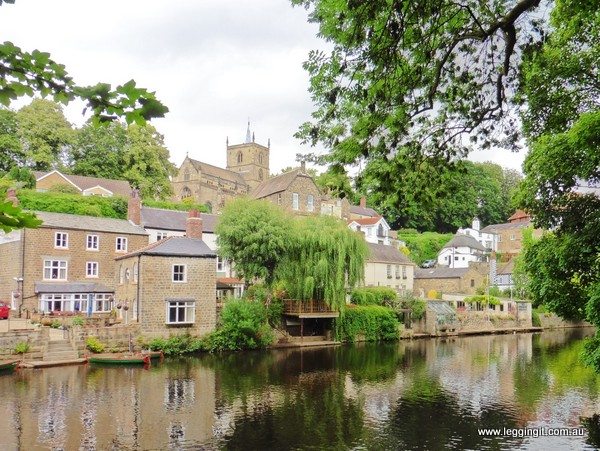 Knaresborough is the most beautiful towns in Yorkshire straddling the River Nidd with some beautiful black and white chequered buildings. Mother Shipton’s Cave has been open since 1630 and the name refers to its most famous inhabitant. 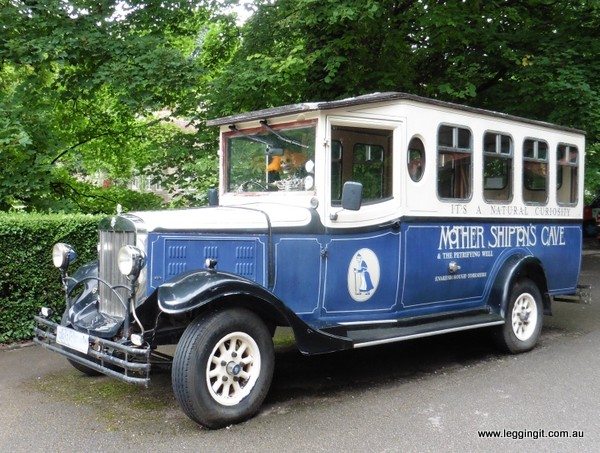 The story goes that Ursula Southiel (Mother Shipton) was born in 1488, in a cave beside the River Nidd, on the edge of Knaresborough. Her mother, Agatha Southiel wouldn’t name the father of her baby so fled to the cave. 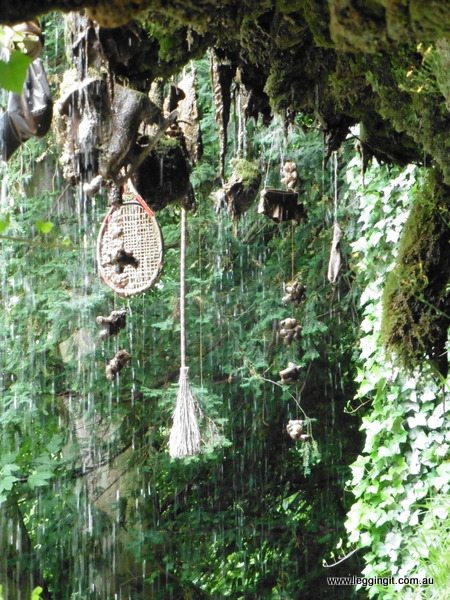 Nearby was a small waterfall named the petrifying wall is fed from an underground stream which carries minerals to the surface and calcifies objects. The locals were superstitious thinking that if they drank the water they’d be turned to stone but Agatha and her baby survived on it. It’s said that she was born during a violent lightning storm.

During her life she supposedly read palms, told fortunes and prophesies. A copy of her prophesies supposedly was discovered at the Mitchell Library in Australia.
She supposedly predicting the invasion and defeat of the Spanish Armada in 1588 and the Great Fire of London in 1666. 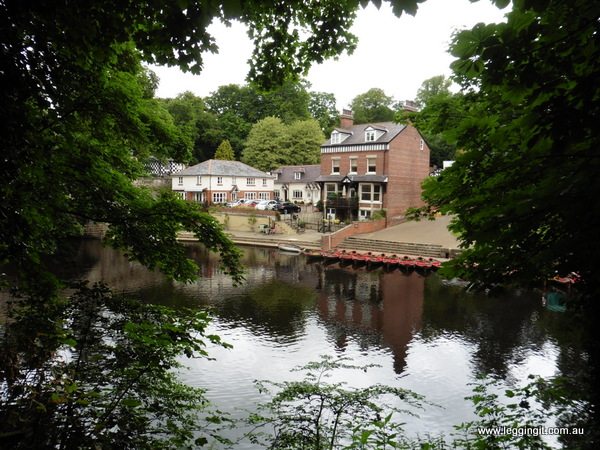 Whether you believe it or are sceptical it’s an interesting place to visit with the park running along the river bank. There’s logs and trees with faces carved into their trunks and also local custom for kids is to hammer coins into logs. The waterfall has a range of objects hanging from it slowly getting transformed by the calcium carbonate in the water crystallising. Another supposed prophesy was that if the local bridge fell down three times the world would end. The bridge has fallen down twice already and at one end now stands a hotel aptly named The Worlds End. 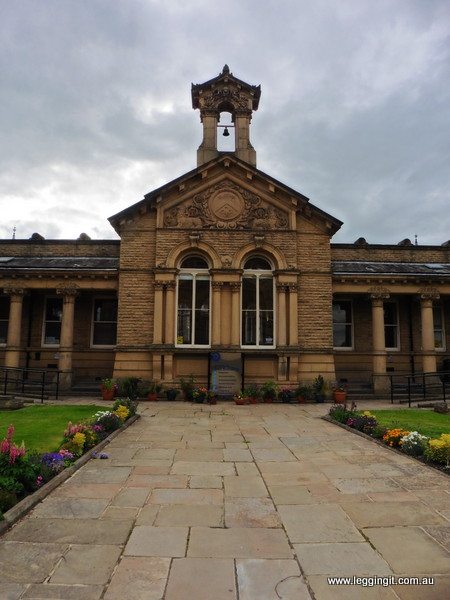 Whilst we were in the area we rode out to Saltaire. Saltaire is a village near Bradford which is the legacy of Titus Salt and his vision. Titus Salt was a very successful textile mill owner who decided to provide better working conditions for his workers. He achieved this in 1853, by building a brand new mill which included all the processes of production in one huge mill. He also built housing for his workers with regard to light and location. He built the mill on the river Aire so that he could transport his goods, and be away from the smog of Bradford. The village was located so that the prevailing winds kept the smoke from the mill away from the houses and the houses were spaced so that they could have natural light. 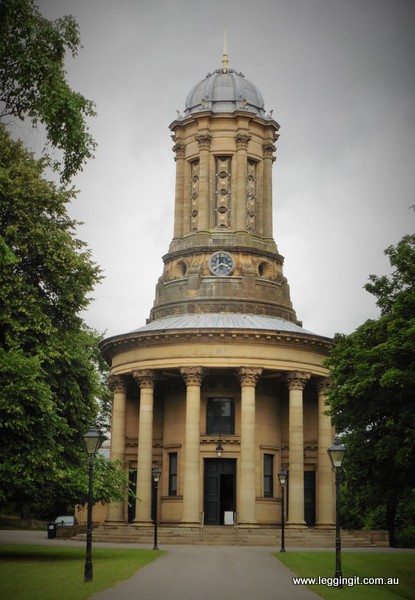 The Reformed Congregational Church was also built by Titus across from the mill. It’s an imposing Italianesqe building topped with a fabulous dome. Inside the church the curved ceiling is a rich royal blue which gives it a relaxed peaceful feeling. It’s quite simple compared to lots of other churches but that’s probably what makes it so special.
We took a walk around the village and it was interesting seeing row upon row of houses and public buildings. It must’ve been a massive investment. 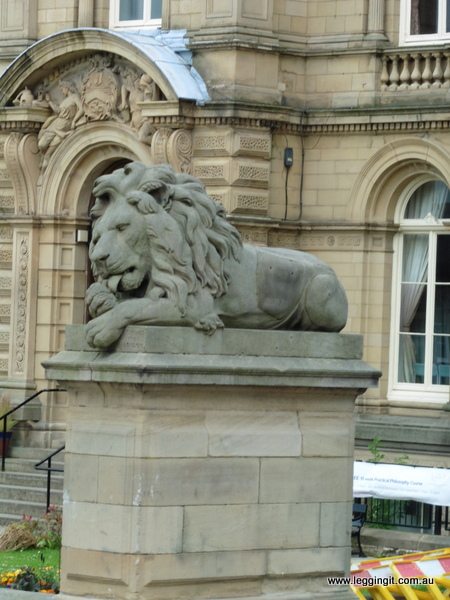 The mill closed down in the eighties but has been transformed into art displays, cafe’s, restaurants, and shops. Pretty amazing.

As the weather closed in we headed south through the Yorkshire hills towards Robin Hood country. Tonight we stop at Nottingham.

One thought on “Mother Shipton’s Cave and Saltaire”