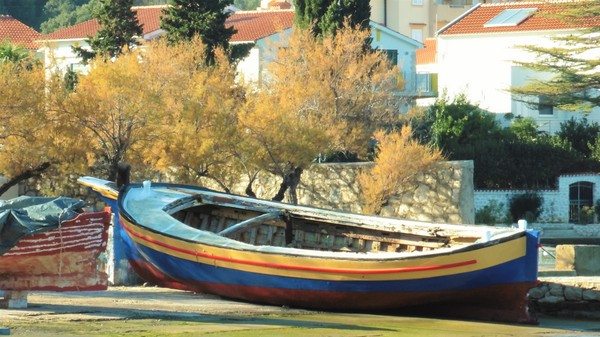 Today we decided to explore Uglijan Island, a short ferry ride from Zadar harbour. After checking the croatian ferry website we found the ferries were going quite frequent according to the timetable. There was some confusion as to where the ferry left from as there were two locations on the map. The owner of the unit assured us that the ferry left quite regularly from the wharf so we ventured down. We popped into the Jadrolinja office to purchase some tickets and found the least helpful lady selling tickets. When I tried to ask where the ferry left from she just pointed and went back to her Croatian Woman’s Day. There was no “the next ferry leaves at” or “the ferry leaves from” or ” be there so many minutes before” just point, and back to the magazine. 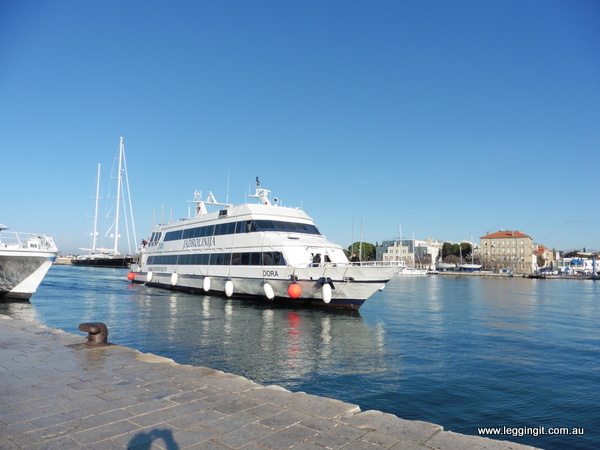 When we arrived at the wharf we asked one of the crew members of another ferry. He was happy and helpful, telling us we were looking for the “Dora” which should come into the berth ahead of them. So easy.
When the Dora arrived we discovered that they had a modified timetable for this part of the year and was now leaving an hour later at 1130.

As you can guess I was in the bad books for not checking the uncheckable. I checked their website and I didn’t see any timetables at the office. Well time for a coffee.

We discovered an interesting Croatian or maybe just Zadar tradition. In the old city when picking a table at a cafe people stop and scan the available tables. First choice is the sunniest table, then if that’s not available they judge the next best table in the suns path. It’s fascinating to watch them scanning and calculating.lol

Eventually we caught the ferry and we soon arrived at Uglijan Island. A few cafe’s, a supermarket, a petrol station and a bus terminal line the waterfront. When we arrived we found that the car ferry from Zadar also comes to this wharf but actually leaves from the outskirts of Zadar. It was this timetable I’d been reading on the Internet. 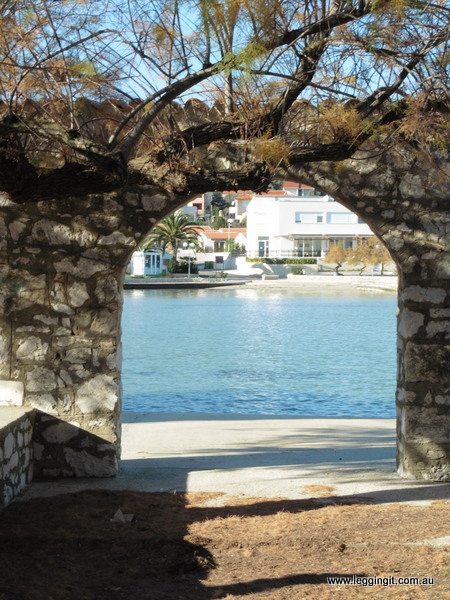 We took a stroll along the waterfront past lots of houses and apartments. Most of them were closed for the winter. The coast around the island is just beautiful with little bays, crystal clear water, little boat harbours and views across to Zadar. In some areas crystal clear deep water invited us to take a dip and in other areas sandy beaches called to us. Sadly we’d forgotten our bathers and the signs at the beaches warned us “please no nude bathing”. Sort of like the “Polite Notices” in England. As there was hardly anyone about we should’ve ignored the notice. The water was just so inviting. 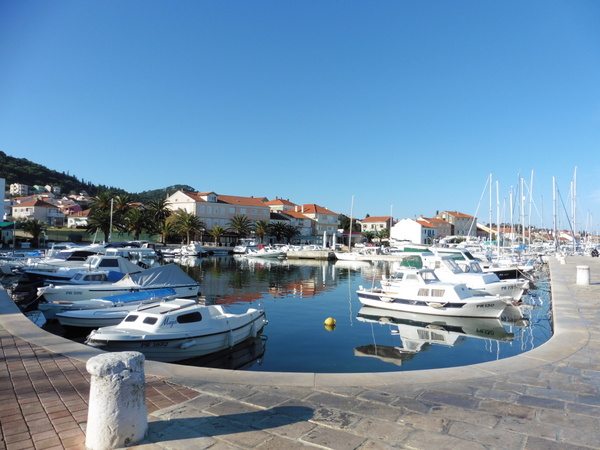 Outside of the port there were no cafes or anything else open apart from one little corner shop where we bought a few things for a simple lunch by the water. It’s easy to spot the locals houses on the island. They usually have a large vegetable garden in the front yard, with grapevines growing over a trellis. It’s one of the endearing things we’ve noticed in Croatia, how people haven’t lost their contact with food production. The only locals about were either working on their boats or working in their gardens. 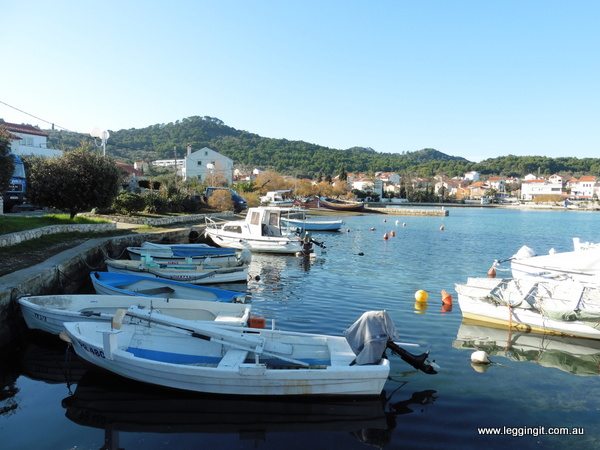 After a look around the marinas and wandering around looking at the beautiful beaches we headed back to the port. After a coffee waiting for the ferry we wandered across to the terminal only to discover that the passenger ferry wouldn’t arrive for another hour. Once again time for icy stares. Eventually the ferry arrived and we headed back to Zadar. Note to self, next time check timetables more thoroughly and take bathers.
Tomorrow we might take a ride along the coast.