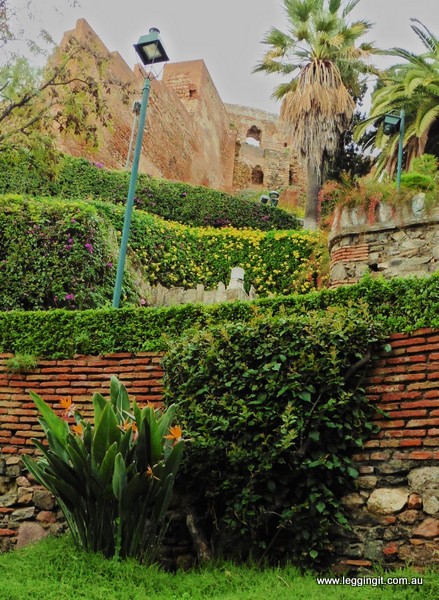 Looking out the window this morning the weather didn’t look at all promising. A good day to pack an umbrella. Our destination this morning was the plaza outside the theatre for a walking tour with Pancho Tours. We soon found that we were at the wrong plaza and had walked almost right past the theatre. After a quick check of google maps we were soon standing outside the theatre but there was no sign of our guide so we slipped into a local cafe for a heart-starter. As we drank our coffee we debated each person who walked through the plaza whether they were the guide or on the tour.

Two we spotted and guessed were on the tour started dancing, (a bit odd before 11 am but each to their own) They headed off sort of dispelling our theory. Eventually a few small groups started gravitating towards the steps of the theatre, the dancers returned and the guide arrived. After Luis introduced himself, he invited us all to introduce ourselves. On our tour were two dancers from Melbourne and a family from Sydney, German and a group of Ethiopian girls living in Sweden.

Luis gave us a brief history of Malaga and Spain, which covered Phoenicians, Romans, Cartageans, Visigoths, Moors, and Spanish. Afterwards we started our walk around the old city. There’s two Moorish forts in the centre of the city and it was interesting seeing some of the walls had been built using materials from the roman theatre and buildings.The Roman theatre is right in the middle of the city with a museum attached, but as we’d visited one in Cartagena we gave his one a miss but were quite happy to check it out from the viewpoint.

It was interesting hearing that the most valuable commodity of the ancient times was mined here. If you’re thinking gold, nope ….Iron , guess again It was actually salt. Louis explained how from the word Sal (salt) we get the word salary which is what people were paid in. Salt of course was used to preserve food so very important. He even explained how the symbol for money we know today of rubbing fingers together when inverted is also the symbol for salt (sprinkling salt).

Luis took us down through the little streets of the old city explaining that the streets were not very wide so as to provide shade and keep the streets cool. The cobble stones laid upright also aided water runoff and were easy to walk bare footed on. The streets were a bit of a maze and Luis also explained that this was a form of defence used by the Moors to trick their enemies.

Malaga was the second last city of Spain to be recaptured from the Moors by Isabel Catolica and Frederick the Handsome after 800 years of rule. It was interesting hearing about the Spanish Inquisition which followed. After the Moors were defeated the Catholics gave the population three choices. These were convert to Catholicism, leave the country with no possessions, or die. It’s said 500,000 people left, these being Jews and Muslims. The people who stayed had to prove their faith by eating pork, hence the tradition of hanging salamis and legs of pork in the windows. During this time lots of the artisans and tradesmen left or were killed so there was a real brain drain on the country.

We also heard about Spanish Golden age where they discovered the New World and established trade routes to Asia via America.

It was a really interesting tour with lots of laughs, bits of history, a real insight into Spain and Malaga today.

Quite by accident we also walked into a local custom where local universities get dressed in their finery and sing and play guitars in the streets. There was a wedding at the university so the street was packed with people singing and playing guitars all dressed in black caps and capes.

After the tour Luis kindly taught us about tapas. In the olde days of course nobody drank water, because it wasn’t very clean. So everyone drank beer, or wine. King Carlos wasn’t very happy that everyone was drunk so passed a law that food had to be sold with each beer. The beer of course was always covered with a cloth a Tapa, to keep the flies out, and a small portion of meat, cheese, bread was placed on top of the Tapa, hence Tapas.

Late in the afternoon we took a break in the main plaza with the main entertainment a little terrier who was sitting amongst the outdoor diners at a restaurant. Every now and then he’d spot a dog in the park and dart out to prance around it before scurrying off. Most of the dogs were on leads and their owners would have a hell of a time trying to keep their dogs under control as the little terrier jumped around, before bolting off. The pigeons weren’t safe either as soon as they’d land he’d be out chasing them before scurrying back to his seat. It was most enjoyable watching the entertainment as we enjoyed a meal. 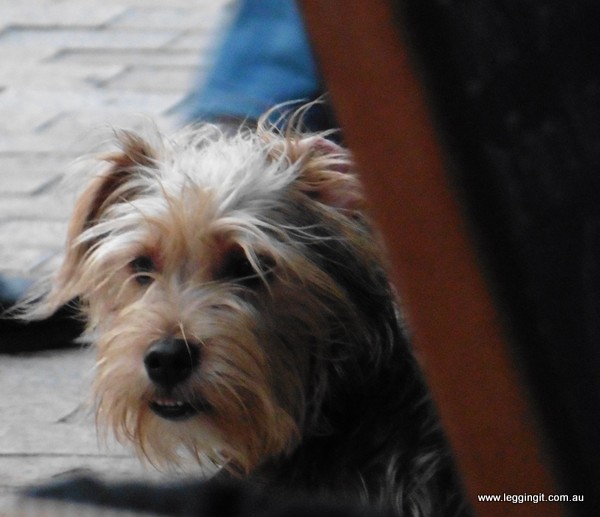 On the way home Ron spotted a bargain hairdresser so forced me to get a haircut. Wash, shampoo, and cut €12, what a bargain.

Tomorrow we head to Cadiz for a months downtime.