It was a nice start to the day with early breakfast at a local cafe. The locals really make you feel at home. It was pretty chilly (about two degrees)as we realised it was time we were heading off to Malaga.

Our ride took us along the edge of the snow capped mountains and around the dams. There’s massive bridges that ring the dams, cross them at different points which makes it a lot easier and faster to get to Malaga. The fields around this area are mostly walled and the hills contoured. The run down from Granada to Malaga is only about an hour. As the sun was shining we stopped off along the way for lunch at the beach, at Torres del Mar. It was a great location with fish being fried on top of a boat on the beach. A local strummed his guitar while tunelessly murdering “Hey Mr Tambourine Man” (Bob Dylan would’ve been proud) because the guy couldn’t carry a note, not even in a bucket.

Despite the setting, the ambience, the peace and quiet after Mr Tambourine man played his two songs and went to the next restaurant to re-enact the two song murder, the food was pretty woeful. Well you can’t expect everything.

The beach was black grit but it was a nice day to walk so we soaked up the sun a bit before heading on to Malaga.

Reaching Malaga the street was quite hard to find with two small lane ways coming off the street after a quick detour around the hospital car park I got off and walked around until I found the street. The hostel was a beautiful three storey with little balconies overlooking the street. Our room was on the top floor and was beautiful relaxing with the sun shining through the balcony door. On the ground floor was a kitchen and dining area with coffee making etc and a wonderful Spanish lady who pottered around talking to us in Spanish.

Attached to the hospital nearby is a chapel which was open so we took a peek inside. It was wonderful with all the statues dressed and crowned. The hospital courtyard had a large garden area and all the surrounding walls were tiled in a Moorish style, truly beautiful.

The hostel wasn’t far from the old city so we took a walk into the centre and around the busy streets. All the streets were decorated with lights and in the new area a Cathedral of lights was set up. We were told that the lights go from city to city so that they change each year.

An interesting bar caught our eye so we had a look inside. The bar was heaving with Christmas parties in full swing, the waiters busily rushing back and forth to feed and fuel their patrons. The outside piazza was packed with tables of people laughing and talking. We found a table amongst a room full of casks with famous signatures such as Antonio Banderas (Malaga’s favourite son) For something different we ordered two plates of mixed tapas and Malagan specialties. It was interesting and quite tasty. The pub had a great feel about it.

As it was Friday night the town was alive with people and the Christmas markets stretched forever. There were heaps of jewellery, craft, toys, nativity and firework stalls. There were cracks of small explosions of kids everywhere throwing throw downs. Also the bigger bangs and shrieks of skyrockets and bangers. Eventually we found that we were heading in the wrong direction and had somehow walked all the way around the other side of the fort. After we arrived home and nodded off to sleep there were fireworks still exploding in the distance. 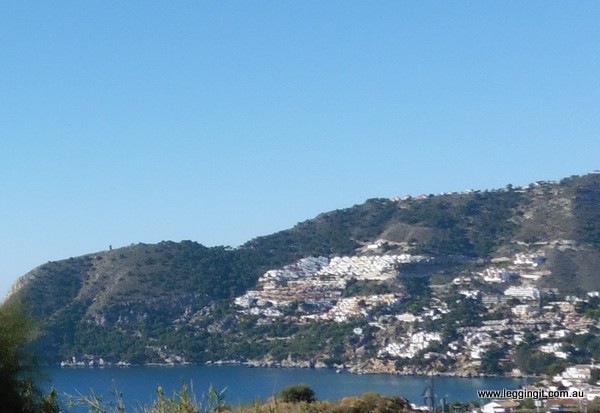