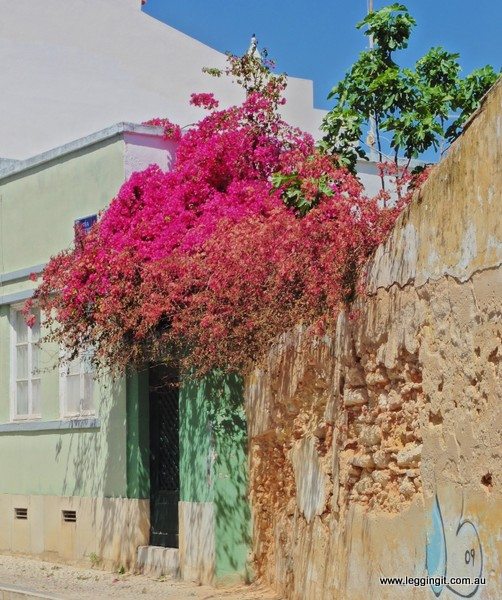 We spent a few days in Faro, in the Algarve region of southern Portugal.

Riding up from Córdoba took us through some rich farmland with fields of wheat, pasture, olives, oranges, grapes, fat cattle, everything in abundance. The route took us all the way to Seville and then around the edge of it. There were a few landmarks which we could make out from our previous visit.

In this area, a river separates Spain and Portugal so soon we were crossing the big bridge.

As we hit the Portuguese border we were expecting flags, and big signs stating welcome to Portugal. This was not the case, however, instead, there were toll gates where they wanted to scan your credit card and link it to your licence plate for automatic toll collection. So we dragged out the credit card not too impressed and scanned it in.

Well within 1 km there was a tollbooth saying charge for tollway €1:85 and then another 2 kilometres another €1. Whoa, at this pace we’d be broke, camping under the bike cover, living on two-minute noodles. Time to get off this toll road. ++we did discover a few days later our rego plate was not scanned so we didn’t need to worry about it.

There are three types of roads in Portugal, Toll, National and complimentary. Toll roads are high-quality dual lane high-speed roads with a speed limit of 120 kph. National roads are single lane highways, with passing lanes on hills usually old quality with a speed limit of 100 kph outside of towns. The last of course is complimentary roads. What can I say about complimentary roads, well I certainly can’t compliment them, they’re at the bottom end of B-roads. Well leaving the toll road that’s where we ended up taking the long way down country lanes and through every little village.

One thing we soon noticed was how different the landscape was compared to Spain. Cultivation was minor, with a lot more greenhouses, there were no rolling hills of green but hills covered in scrub. Gone were the fat cattle grazing on lush pasture, here there were only sheep and goats grazing on scrub. The towns and villages seemed a bit more run down and a lot less organised than across the border. 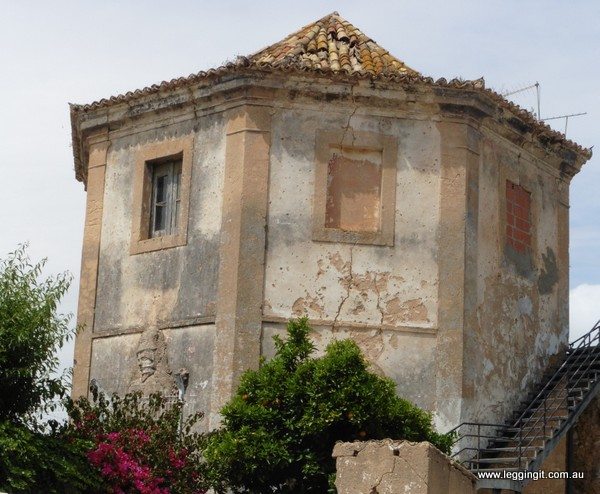 We stayed in Faro for three days which was probably more than enough as in Faro itself there’s not too much. Faro started life as a fishing village and at the edge, there’s still the old walled town which radiates around the Faro Cathedral or the Santa Maria Church which dates back to the 13th century. 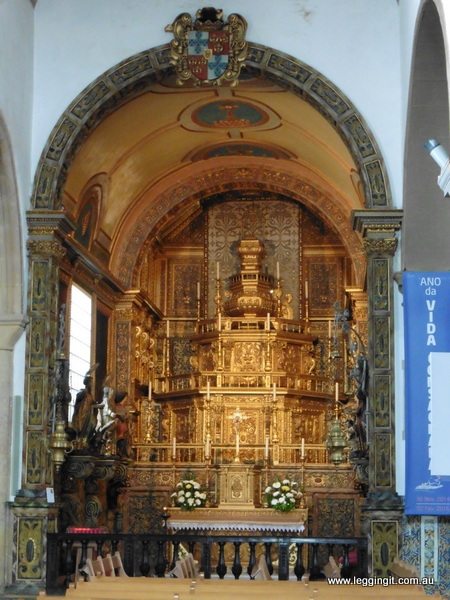 Inside the Cathedral, the curved carriage style ceiling is quite a change from the usual Gothic styling in Spain. 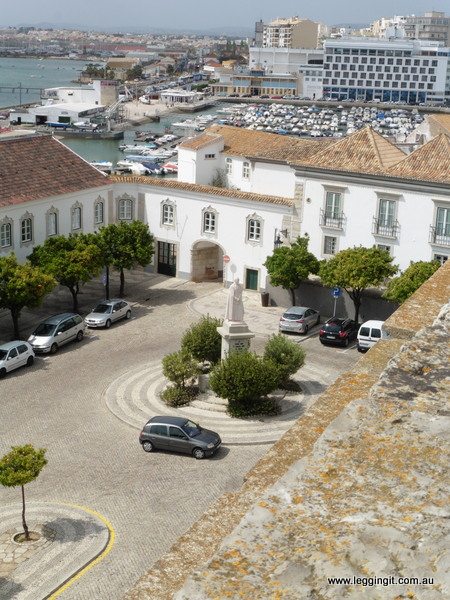 The Cathedral is interesting in the fact that its bell tower which has magnificent views is not high and elaborate but rather quite simple. 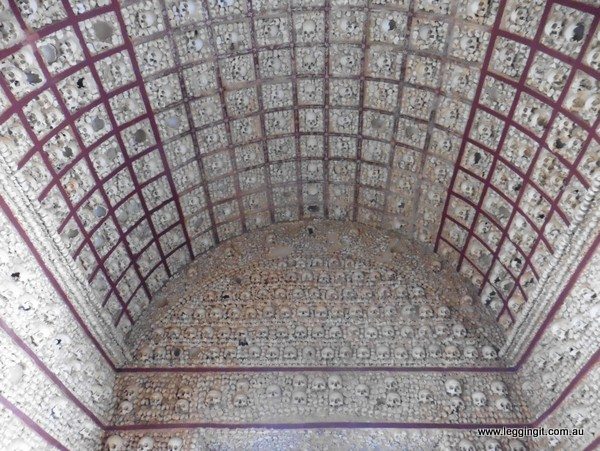 At the rear of the Cathedral in the gardens are the chapels of St Michael and also the Bones Chapel. The Bones chapel contains the bones of the former residents of the graveyard that now form the walls. It’s a reminder to all about the vagaries of life.

Believe it or not, there’s another chapel of bones in Faro, the other and better of the two is in the rear of the San Francisco Church which of course has an entry fee. The church is quite interesting with a statue of Jesus laid out on a stretcher which freaked me out when I saw it as I was not expecting it. At the Chapel of Bones Skulls and thigh bones make a beautiful design as they pear down from the walls, yep it’s creepy.

Exploring The Area Around Faro

After a bit of a wander around Faro, we decided to take a few day trips firstly to Sagres taking a ride along the coastline and stopping at Lagos for lunch. What a beautiful spot we found a little restaurant across from St Antonio’s church and did some people watching just soaking up the sun. We were regretting that we didn’t book a few days in Lagos. The ride up took us through all the little towns along the way but it saved us about €7 not using the Tollway. 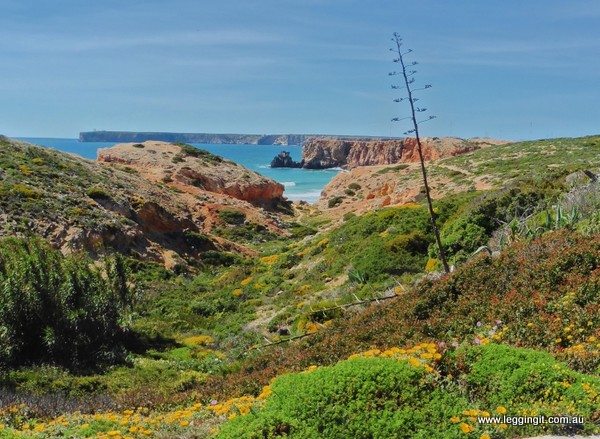 Near Sagres, there’s a few beaches and a national park which is really stunning. Wildflowers cover the hills and there are some good views from the cliffs. 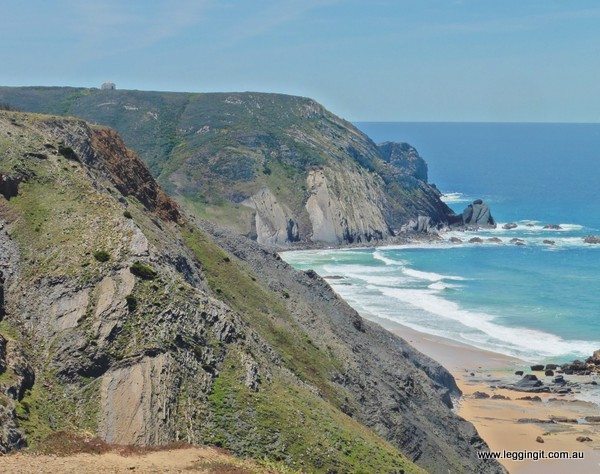 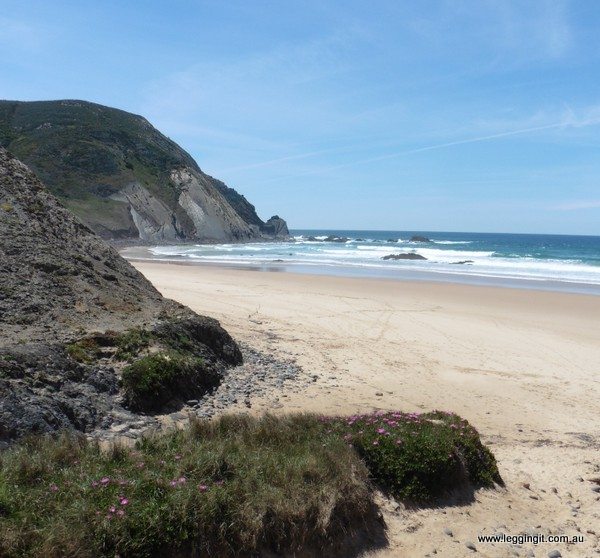 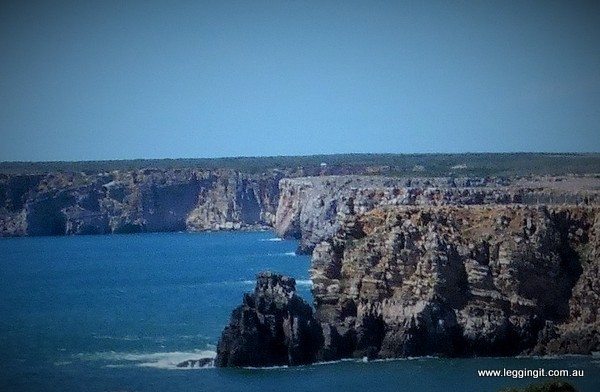 We also visited the little towns of Olhão to the east and Loule to the north which were nice little towns, where everything was in preparation for the 25th of April celebration, which commemorates the Carnation Revolution when Portugal celebrates the overthrow of the fascist government. 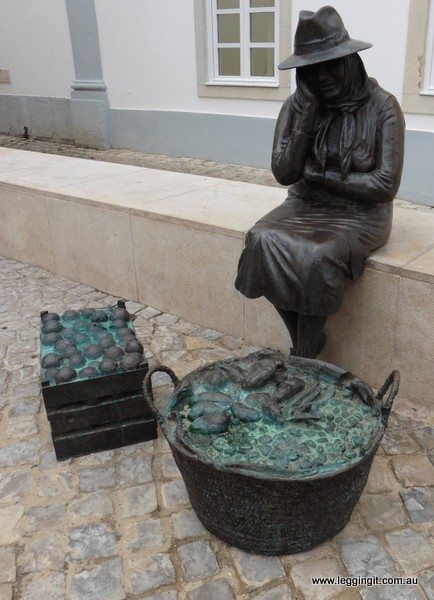 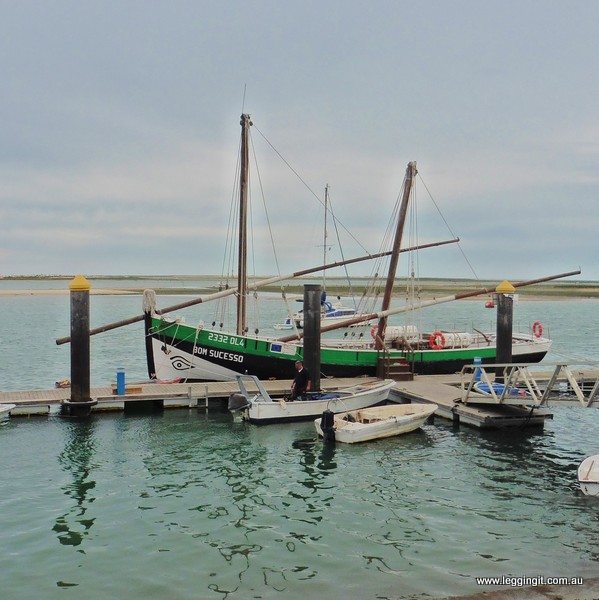 Are you looking for accomodation in the Algarve area? Check here for the best prices

Tomorrow we head northeast to the town of Reguengos de Monsarez close to the Spanish Border.