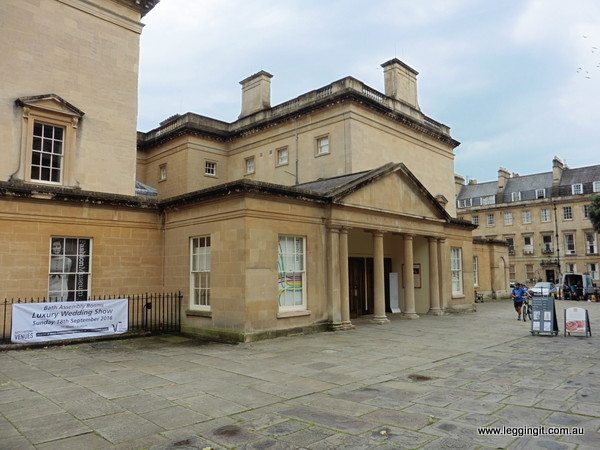 Today we visited a few of the different museums that we passed yesterday on the Bath Hop-on Hop-off Bus Tour.

We started the day with tea and scones at the lovely Bea’s Heritage Tearooms, where you feel like you are stepping back in time to the 1940s.  Sipping tea from old vintage tea cups which has been served in a pot. The staff are dressed in the mode of the day which adds to the experience along with a menu of food from that era, Easily the best scones we have had in England served in the most beautiful surroundings. 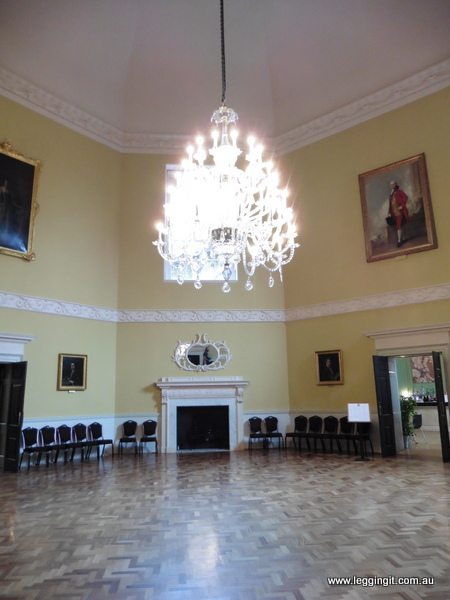 The Assembly Rooms is a Palladian building which contains the Bath Fashion Museum and a display about the Building itself. It’s free to enter and in the hallway a monitor explains the history of the building. The Assembly Rooms were built during the Georgian period and were a centre of entertainment. Three rooms are open to the public including the Grand Hall which features columns flanking the windows and decorative plasterwork around the ceiling. You can just imagine the grand balls held in the great hall. 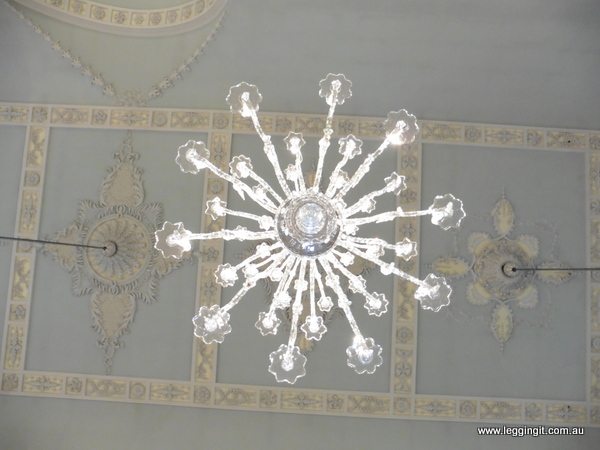 The nearby Music Room has simple plaster flourishes around the ceiling and Doric columns supporting the balcony. During Georgian times the who’s who of Bath just didn’t visit the Assembly Rooms for the music and dancing. Gambling was huge in Bath during Georgian times. Card games and games such as hazard saw family fortunes won and lost on the tables. It became a real problem as young country gentlemen were targeted by unscrupulous scoundrels who’d swindle them out of everything they owned. The situation got so bad that the government had to impose new gambling laws just for Bath to protect people. 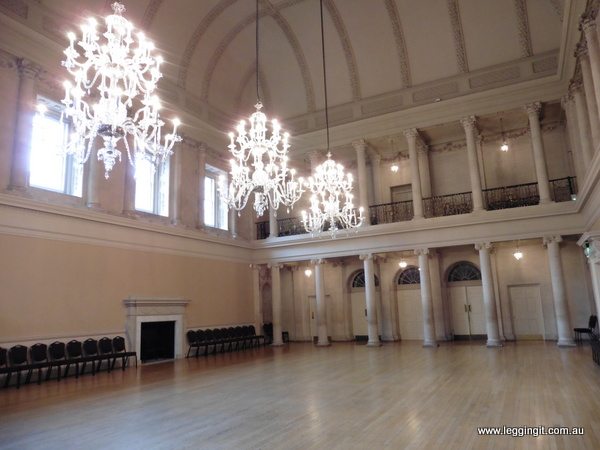 These days it’s a lot quieter but the Assembly Rooms remain a lovely restored example of Georgian architecture. We can only imagine the lavish parties, gambling, wigs and gowns. After our visit we decided to split up with Michele heading to the Bath Fashion Museum and me off to the Museum of Bath Architecture.

Entry to the Assembly Room is free, opening hours can be found here 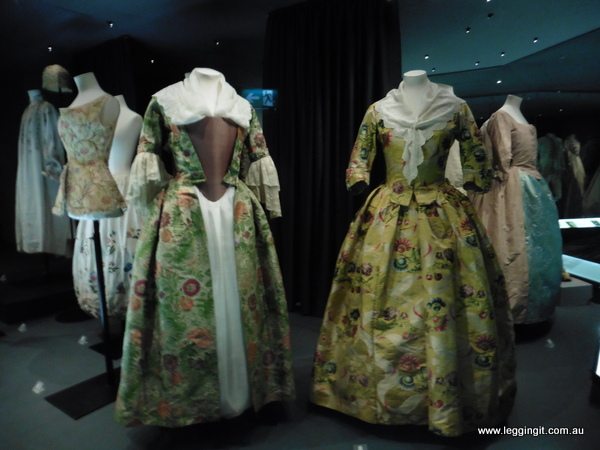 As one of the top ten Fashion Museums in the world Fashion Museum Bath is a great way to learn a little about the changing fashions in the UK. Currently the exhibition is ‘A History of Fashion in 100 Objects’ and the displays are beautifully set out. 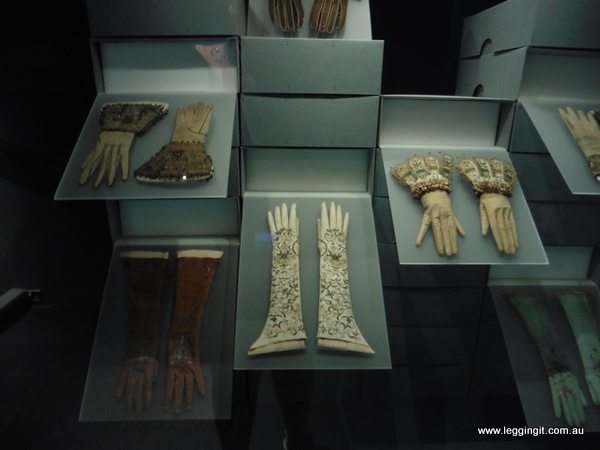 Meandering through time you see how fashion changed over the years, whether you want to see gloves, dresses or shoes there is stunning examples of them all. I was fortunate to be there when a tour started and really enjoyed hearing the more personalised stories of the articles on display.

Tours run at 12pm and 4pm and are well worth taking. They are interesting and give you information that is not on the boards and the audio guided tour.

The Museum of Bath Architecture is a one room museum which really explains Baths architecture. It’s situated in the Countess of Huntingdon’s chapel on the Paragon. The Paragon has some lovely views of Palladian housing with a long row of apartments in a straight line which looks fabulous.

Using various forms of media including video, artefacts, pictures, paintings and an audio guide the Museum of Bath Architecture is really fascinating. John Wood the elder and his son were the creators of Baths characteristic Palladian architecture and are the real stars of the museum. The museum explains where they gained their inspiration and showed their designs. The displays of how the houses were built using dressed blocks on the facade and rubble walls at the back was really interesting. I really enjoyed the video of decorative plasterwork being laid. It was quite fascinating.

There were also displays of masonry walls, staircases, roofs, plasterwork, and wallpaper. Another fascinating display was ‘Planning for peace’. During the early twentieth century plans were drawn up to redevelop the centre of Bath which included the demolition of many of the buildings to make large open spaces. They were great designs but never got off the drawing board.

The Museum of Bath Architecture is a great little museum which gives a great insight into Bath (and Georgian) architecture.
Purchasing a joint ticket to the Museum of Architecture and No 1 Royal Crescent allows £1 off entry to Beckfords Tower and the Herschel Museum of Astronomy. Opening hours are here

After visiting the museum I met up again with Michele who was just bubbling after her tour of the Fashion Museum.
Tomorrow we take a break from Bath when we visit Farleigh Hungerford Castle in the countryside about 14 kilometres from Bath.

8 thoughts on “Meandering Around Some of Bath’s Museums”