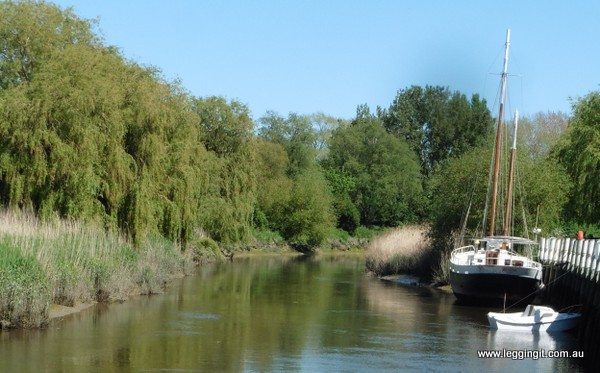 After spending a few days in Canterbury we decided to explore a bit more of Kent – Margate and Ramsgate. At this time of year the Kent countryside is alive with colour. Golden fields of canola, various greens of young wheat, barley, hops, purples of wisteria, and roadsides blooming with all different coloured wildflowers.
This part of the coast used to be quite popular with Londoners in the early part of last century but as overseas flights became cheaper less people now visit. 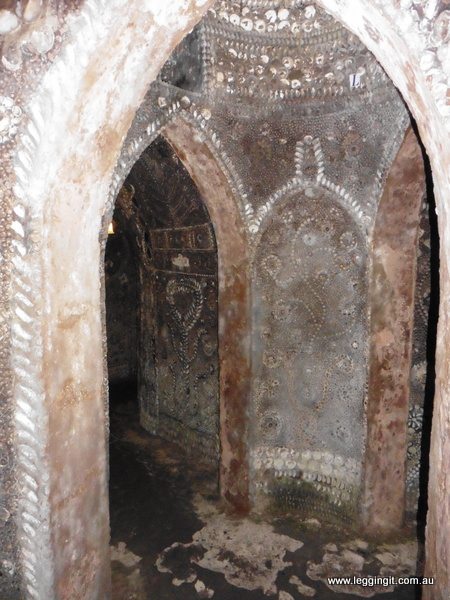 One place which was really popular in Victorian times was the Shell Grotto in Margate.
The story whether it’s true or not goes that back in 1835 James Newlove was digging of a duck pond in the backyard when he discovered a hole in the ground. He lowered his young son Joshua into the hole and when he emerged from the ground he began describing tunnels covered with shells. 4.6 million shells to be exact, covering the walls of the 70 foot long tunnel and room. The mosaics are arranged into strange symbols which of course have everyone wondering what it’s real purpose was.
Is it a secret meeting place for some secret cult? Or maybe an ancient pagan temple? Or was it just a hoax. Was it built by James Newlove as a tourist oddity. So far no one has found the answer to the questions.

In reality it’s a great tale either way and quite fascinating to wander around imagining secret cults in black capes chanting in the candlelight. The shell mosaic is blackened from the old gas lamps of the 1800’s but a display shows what the mosaic looked like without all the soot.
In the foyer of the gift shop there are a few shell displays including a Tyrannosaurus Rex head and a beautiful shell dress. It really is a fascinating place, and being set amongst the backstreets it adds to the mystery of the place.

Chatting with the staff at the tearoom we were recommended to head south to check out places like Sandwich, Ramsgate and the coast towards Dover.

It really is a great ride and Sandwich is so cool with all of its medieval buildings. Unfortunately the English weather wasn’t so great so we were stuck in Ramsgate for an extra day. 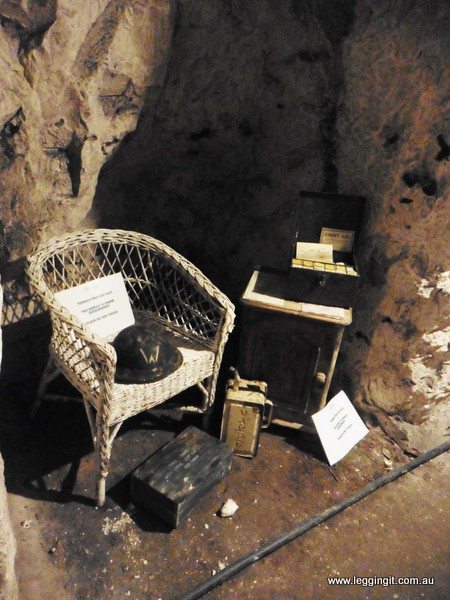 Looking at what to do on a rainy day in Ramsgate we stumbled on Ramsgate Tunnels. The first tunnel was constructed by the railway in 1863 as part of the link to the esplanade, which was a popular day trip for Londoners. During the First World War Ramsgate was bombed during a Zeppelin raid and during the lead up to the second world war a plan for air raid tunnels was put forward. Three months before the Second World War, work completed digging air raid shelter tunnels. Luckily the tunnelling was through chalk so digging 5.25 km’s didn’t take very long. During the war many families sought shelter from the countless bombing raids. Some even lived in the tunnels after their homes were decimated. After the war the railway reopened and day trippers returned. Cheap holidays on the continent, changing holiday destinations eventually brought the demise of the railway and the subsequent blocking of the tunnels with rubble in the 1960’s.
The tunnels reopened in 2014 after the removal of hundreds of tonnes of rubble. Since work recommenced Ramsgate Tunnels have been transformed to what they would have looked like, with bunks, furniture, rooms, lots of memorabilia and they give a great insight to life during the blitz. The guides escort you through the tunnels explaining construction, day to day life and some of the characters involved. 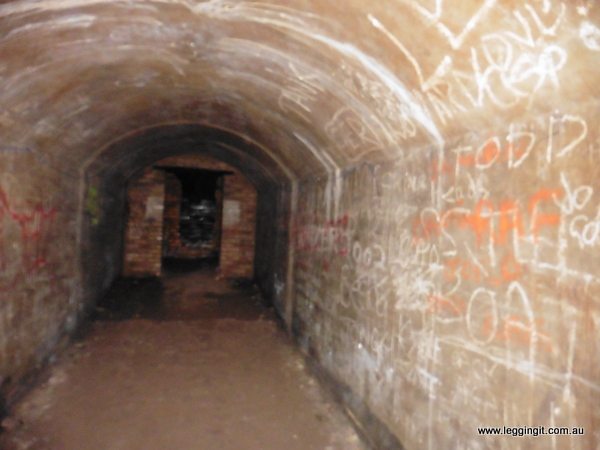 There’s also sections where local kids since the 60’s have found access and written their names in chalk on the tunnel, almost a right of passage. Overall we had a great time and at only £5 we thought money well spent.

One thought on “Margate and Ramsgate”