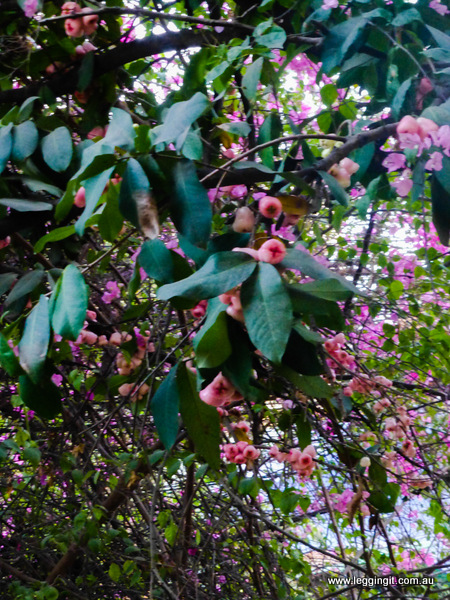 We decided to have a quiet day and kick back as Michele wasn’t feeling well, so we’d catch up on blog, trip planning and maybe even a swim in the pool.

We bought some things for lunch at the local supermarket and were faced with a first world problem in a third world country…….the computers were down and so all the tills were down. Back to writing things down and using calculators…..lol It was plain to see the staff are all products of the 90’s because they had no idea what to do except panic.
Due to the roadworks the intersection outside our hotel is a nightmare to navigate, we’ve ridden against the flow of traffic on the side of the road but thats pretty dangerous, so on the way back to the hotel we tried a shortcut through the back alleys. I turned to Michele and said “hang on” and cut down a steep pathway through a tiny alley that leads through the local houses. We followed a line of motorbikes heading down and there was a line heading up including a lady happily pushing her food trolley up the steep slope. The alley lead to a small road running along the the river behind the hotel and onto the main ramp past the hotel. When we arrived at the hotel with our bag of groceries without going through the intersection from hell we thought we’ll definitely be using this shortcut again.

Fresh crusty baguettes for lunch, ooh la la with ham and Camembert. It was great to do something normal and not be eating at a restaurant for a change.

Then it was kicking back for the afternoon, no other people just us. One of the things about travelling is trying to tick lists, eat out all the time because it’s cheaper, but some times it’s good to take time out away from everyone else, kick back and work on your relationship.

Doing nothing was so good we continued after lunch, for the rest of the afternoon before travelling down to The Terrace restaurant and guesthouse next door to Flicks 1 Cinema. We enjoyed some fresh spring rolls and a pumpkin, sweet potato, and coconut curry which were delicious. We also enjoyed a mixed fruit shake with a pleasant banana flavour and a sweet subtle mango aftertaste and it was interesting comparing the different flavours of fruit shakes between restaurants.
Then into watch a spanish movie called Gloria and Dallas Buyers Club starring Mathew McConaughey. A story of a redneck homophobic bull riding electrician who contracts aids and is given given 30 days to live. He travels to Mexico for treatment and then smuggles HIV medicine into the US. He went on to live for seven years and provided medicine for many who were suffering while fighting the government to get medications recognised. It was a great movie.

The ride home was a little crazy with most of the traffic lights flashing amber it was approach with extreme caution for us while others just opened the throttle and went straight through the lights. The darkened streets with no street lights were also a concern but we stuck close to the gutter and stayed at a safe speed allowing the kids who were racing plenty of room. Close to the hotel we went past a casualty with a bike on its side and owners of different bikes all trying to work out who was in the wrong. Personally they were probably all in the wrong for not riding to the conditions.
The intersection near the hotel was almost deserted,which was quite surprising after seeing in at all times of the day bumper to bumper, and we cruised happily through it around the ramp and back to the hotel