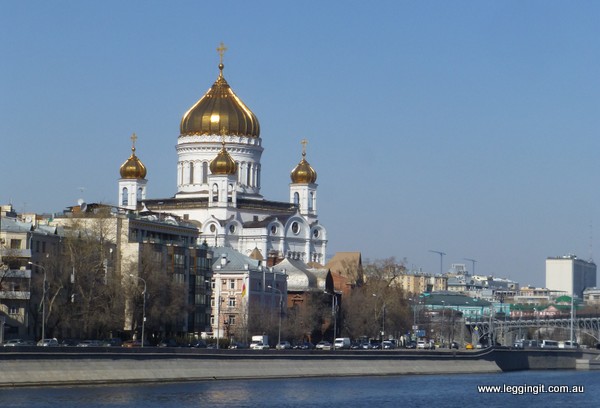 Up early and out the door by 8 o’clock and down to the subway and off to the Belarus Embassy for take two of our Belarus visa . It took a little longer than expected and we arrived just on 8.47 to find we were number 15 and 16 in the line. The lady yesterday said they only give out 15 tickets so we were unsure how this was gonna work.

The line slowly built up and a few people had to be reminded where the end of the line was. Jacking the line is not gonna happen, especially today. There was a nun at the front of the line but the next thing there were four of them. I think everyone was too scared to send them to the end of the line and face eternal damnation so we went back to number 18-19. The staff arrived about 9 but we had a further hour to wait. The office opened just before ten and the line slowly snaked into the waiting room where a lady was writing names into a book. We were given number 11 (dunno how that worked but we weren’t arguing)
The office workers were strictly working by the bell and wouldn’t see anyone until the clock had well and truly hit ten o’clock and then some. I slipped away to get some coffees and breakfast while Michele waited. We could’ve both gone and enjoyed a sit down meal because when I arrived back the office still hadn’t processed the first nun.
Just on 11.45 we finally made our way to the window, coming face to face with a woman who probably pulls the wings off flies just for fun. She had took one look at us and screwed up her face. I don’t know whether it was because we couldn’t speak Russian, were foreigners, or just because she was doing her job to the best (and worst) of her abilities. She started tut tut tutting and shaking her head. She seemed offended that we hadn’t filled out all of the form. As we don’t actually have an employer how can we fill out the employer section? Then she started with the “you haven’t got copies of Russian visa, passport, blah blah blah” when we tried to ask her, if we could pay for them to take the copies, or where we could get them done? her response was “that’s not my problem” She just wouldn’t cut us some slack and photocopy them even though we were paying her government to process our visas, so effectively we were paying her. We’d even asked the information lady yesterday to look over our forms to ensure we had everything, but she had refused basically saying it’s not her job.
The air was a bit thick with muttered curses as we left defeated. Michele was a bit annoyed with herself because she knew that we needed copies of documents but thought we could get them to do it. I was a bit shitty because she hadn’t told me. I thought after going through China, Vietnam and Mongolia not needing any extra info, that it must be the same case in Belarus. Now we were stuck with a decision to try again (this time with all the required paperwork) wasting 1/2 a day Monday to submit it and some of Tuesday to pick it up. As we were leaving Moscow for St Petersburg on Wednesday this cut into our sightseeing time. The alternatives were to travel through Estonia by bus or train and catch a ferry to Sweden then train it, or train bus trough Lithuania, Latvia, Poland and into Germany. We eventually decided to have another try at a Belarus visa and started searching for an Internet cafe where we could copies our paperwork.
After a coffee we walked along Ulitsa Maroseyka and discovered a craft shop with a bike covered in knitted yarn, a car made up like a London double decker in red yarn and someone had knitted a stripy cover for their down pipe. Obviously this all started as a spare ball of wool. It’s always the way. Women just can’t be happy knitting a pair of booties and putting the needles away oh no. There’s a spare ball of wool and hey presto….. the next thing there’s a matching shawl and bonnet. There’s a spare ball of wool so dad’s got a new jumper, beanie and scarf (even though he’s allergic to wool) Quite quickly everyone is deafened by the sound of clicking knitting needles and tripping over balls of wool. In Moscow the men are driven to drink as women furiously knit one pearl one as they knit the car cover.lol

Further down the street we passed the monument to Peter the Great who is responsible for a lot of the empire building of Russia and gives his name to St Petersburg. After this morning’s failure we decided to unwind with a trip to Gorky Park. There are two stations which look quite near on the map but both were at least a couple of blocks away. At the station we were accosted by heaps of beggars mainly old lady’s, drunks and gypsies, but this time there was an ex Russian soldier missing both hands and lower legs. It brought it home to us about how the collapse of communism had affected the pensions of the elderly and the armed forces. People who had either worked their whole life to lose everything, or had gone in harms’ way with a promise by government for support but had ended up begging on the street.

Gorky Park is about 108 acres in the middle of the city and runs along the Mokba River. Strangely enough there’s a major road through the middle running onto a bridge but even so it’s quite beautiful. There’s the new Tretyakov Art gallery in the park and around it are lots of sculptures. There was a huge Soviet Union emblem made of stainless steel which was pretty impressive in one area. There were also play areas which looked a little out of Dr Seuss. Along the river was a massive and I mean massive statue sculpture of St. Peter with galleons, flags etc all crafted from bronze. Across the river the sun shone on the domes of the Kremlin glittering all gold. Despite the sun warming everything up there was a lazy breeze blowing (too lazy to blow around you so it blows through you). It found every square millimetre of exposed flesh and knifed through it. In the second part of the park there were lots of playgrounds, cafe’s, restaurants (all charging an arm and a leg), lakes, hire bikes and rollerblades. The majority of the park was lined with trees, a few even growing through restaurants. The river cruise boats were tied up with only a few operating and spruikers were quick to catch any tourists to entice them for a two hour tour for only 800 roubles.
There was a skate park with two shipping containers full of build your own gear. For skaters and bmxers this must be the best sort of park with the ability to change set ups quickly and easily.

There was even one of the old Russian Buran Space Shuttles. There were three built, only one flew unmanned into space doing two circuits of the earth in 1988 before it was destroyed in a fire, the other is in a museum in Germany. With the collapse of the Soviet Union plans for further flights were shelved and now the remaining one is an attraction at Gorky Park. We couldn’t get too close as there was a commercial for milk being shot, it seemed everyone was taking advantage of the sunny conditions. We crossed the river using the glass bridge (A bridge encased in glass and very warm, it’d be a sweat box come summer) before stopping briefly to take some panoramic photos of the river and the old Palace of Soviets (a big square imposing building). The subway back to the apartment was jam packed with people jostling for positions, we even had to wait for the next train on one line as the carriage was so full.
Glad to be able to cook again Michele whipped up a home cooked meal of Couscous with ham, mushrooms, onions and carrots which was delicious.
Tomorrow a walking tour with the Moscow Couch Surfers.