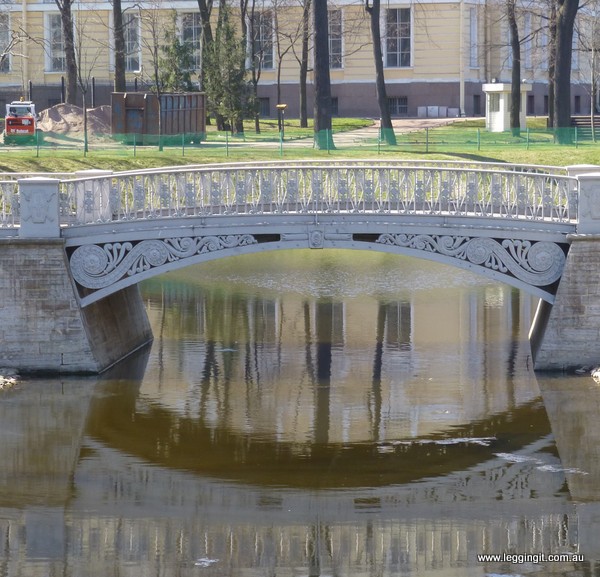 One of the bonuses of couchsurfing is exploring St Petersburg like a local….After a few days surfing with our first host and having a great time, it was time to move on. We’d been offered a couch by another wonderful St Petersburg local, whose profile said beginner English. We were a bit unsure how things would go as the only Russian we knew was how to order two coffees. We felt bad that we couldn’t speak Russian but the bare bones of it was we were in Russia for three weeks so learning a whole language for that short a time wasn’t feasible. We’d stayed in Cambodia and China for the same amount of time and had gotten by on the basics so we took the decision to do the same in Russia. We met our new host at the station she was warm and welcoming. We knew then and there that we’d made a great choice, language wouldn’t be a barrier (apart from my accent as even English speakers have trouble with my ‘Strayan accent’) 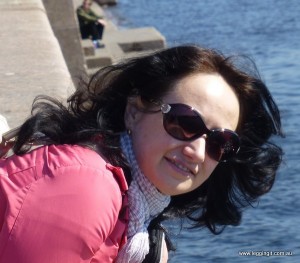 Our new host had laid on a feast for us for a late breakfast, pastries filled with cottage cheese or apple, and tea with a sprig of thyme (a first for us and after reading about it may continue this). She lived in a share flat (komonulka) where each person owned a bedroom and all shared a communal kitchen, bathroom, toilet. It was an interesting setup with three washing machines crammed into the bathroom with another in the kitchen, and separate areas of the kitchen for each flat. Our host had put a lot of thought into her room design with a loft bed, shelves, desk and cupboard which she’d knocked up with a jig-saw (gotta love girls who know their way around power tools).

After breakfast we were ushered off to the station and were soon at Gorkovskaya station where we met a friend of  our host who was a nice young bloke who spoke really good English. He’d been dragged in to interpret for our host as she’d never spoken English before and was a little shy. Soon we were joined by another couple and we were ready to set off on our adventure. They’d planned for us to visit Peter and Paul Cathedral but unfortunately their plans were dashed when we told them we’d already visited it. It was suggested we drive into the city but he only had a five seater car. The young man was a good sport, feigned a sore back and left. We felt really bad because he was a nice young bloke and we would’ve liked to have a bit more of a chat. 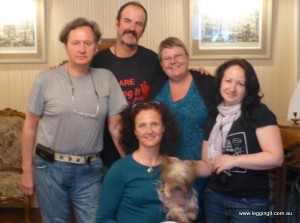 Soon we were in the 4wd zooming around the city, seeing Russian drivers up close we realised they are all the same. There are only two speeds, flat out and stop. (The term “Crazy Ivan” in The Hunt For Red October, actually came from watching them drive) We passed the Military Museum and it was interesting seeing the old military hardware we grew up seeing on TV parading down Red Square sitting outside as a museum piece. The day was filled with much laughter as the couple chatted away in English and Russian including our host in all the conversations. Occasionally they’d find a point of disagreement and argue in Russian (like an old married couple).

We found a parking spot not far from St Isaacs and we walked towards the river. We passed the university and the door to the art faculty was open so we looked inside. One of our new friends had started out at this university so it was a trip down memory lane for him. Young students were sitting with easels on either side of the foyer busily sketching the lines and shadows of the staircase. There was also a small art exhibition being held so we entered. A competition for local artists was being held displaying paintings, sculptures using different media but a common theme. The prize was $2,000 and we even voted on our favourites (which was pretty cool), whatever the outcome two grand to a struggling artist is a nice windfall in any country. 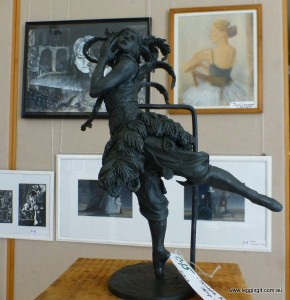 It was a glorious sunny day to be out and enjoying the beauty of St Petersburg it really is a beautiful city. We wandered along the riverfront lined with palaces and mansions, nosed around a few spots off the tourist track before heading over to Mars Field (named after the Roman god of war) It has an eternal flame and buried beneath the ground in a common grave are the dead from the February Revolution of 1917. It’s had a long association with the military dating back to the beginnings of St Petersburg, serving as a parade ground. It’s an odd looking memorial with a statue of Mars at the end of the park and pathways all leading to the centre which holds the memorial and eternal flame. The memorial consists of just 4 block wall corners with a pine tree in each corner and blood red flags flying from flag poles in each corner.

In the surrounding park we stopped for lunch, which our host had packed. Homemade jam, made of fruit picked from the couple’s garden, baguettes and tea. Getting the lid off the jam proved an effort in itself because it was really tight and all of us had turns of trying to unscrew it. Then all of us searching our pockets for something to release the pressure. Finally we got the lid off, then took turns breaking bits of baguette off and dipping it into the jam. It was a nice reward for lots of effort. We wandered around the city with our new friends listening to little bits of information about different famous buildings and people.

We even stopped at a famous wishing point. On a local bridge over a canal is a small statue on a tiny ledge. It’s believed that if you can land your coin on the ledge you’ll have your wish granted. There were a few locals trying their hand throwing money onto the ledge but most of the money landing in the canal. I was invited to try my hand but I just wish to be happy so I don’t need to throw my money away to achieve that lol. Once again we stumbled across another movie set our third since we arrived in St Petersburg. This time they were setting up for an episode of a “soapie” with a Xmas street scene so there were decorations, market stalls and little cafes being set up. 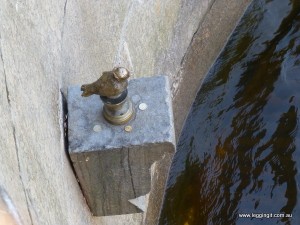 To top off a really great fun day out we were invited back to the couple’s apartment for tea. The three locals headed to the kitchen to prepare tea, meanwhile like teenagers across the world their son was glued to the computer screen playing an online game. Soon tea was served Russian salad first with a side salad of chopped beet root, then pilenka with sour cream and tomato paste. A local fruity type drink was served first then at the end of the meal tea. It was a really nice meal. While we were chatting the two ladies slipped out and soon returned with ice cream which was a really nice treat with coffee. Too soon our evening came to an end and we bid everyone farewell. We walked to the metro and were soon back at the flat where we spent the rest of the evening chatting to our host with the help of google translate and sharing photos of our families and the day we had shared.

We didn’t see any pyramids, or Machu Pichu, we simply shared some time with some wonderful people. It may not be on anyone’s “50 Things To Do Before They Die List” but for us the personal experiences far out way any temple, rock or pyramid and for us this is what couch-surfing offers.