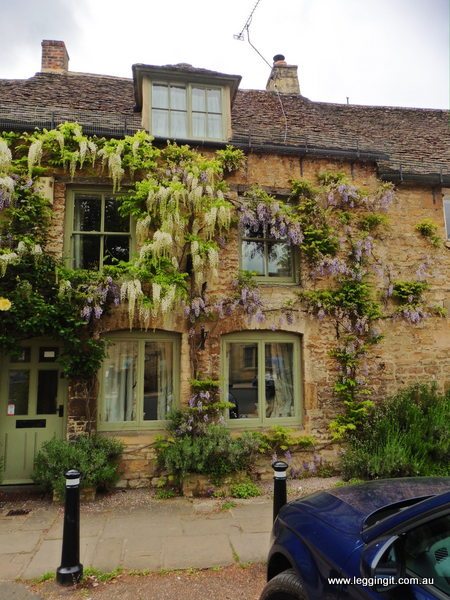 We took a trip to beautiful Burford in the Cotswalds, to check out a church. Mum had been talking about visiting the church at Burford to see a royal tomb so we joined her. Driving down the hill into the Main Street we were amazed how beautiful it was. The Cotswalds are famous for their beauty and Burford is a great example with a mixture of medieval through to Victorian buildings. The street was alive with colour with hanging baskets overflowing with flowers, wisteria covered buildings, and tons of visitors keen to enjoy a sunny Saturday. 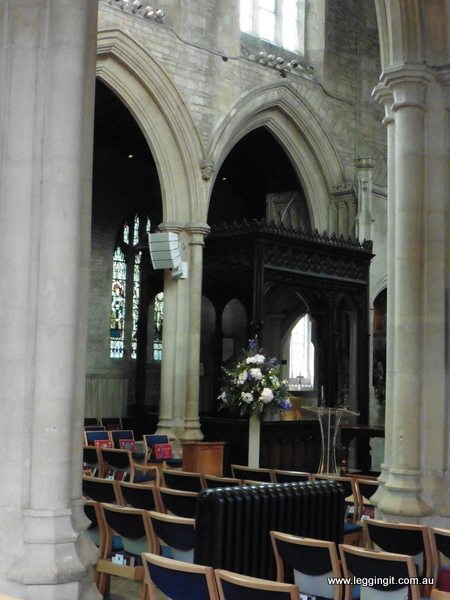 St John the Baptist Church is not far from the Main Street and had some interesting history. Built between 1160 and 1475, the church was used as a prison during the Civil War in 1649, when the New Model Army Banbury mutineers (levellers) were held there. Some of the 340 prisoners left carvings and graffiti in the font, which still survive in the church. The prisoners were forced onto the roof to watch the ringleaders execution in the churchyard. There’s a plaque in the church commemorating the people executed. 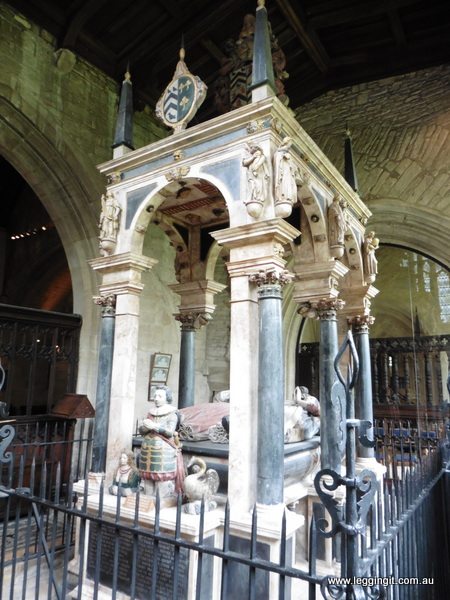 Another interesting part of the church is the crypt of a prominent local family the Tanfields. A large ornate crypt was made to be placed in St Paul’s Cathedral on the death of Sir Lawrence Tanfield in 1625. Sir Lawrence was a lawyer, politician, Lord Chief Baron of the Exchequer and Lord of Burford manor. However successful he was as a lawyer the locals hated him, thinking him overbearing and corrupt. He had a dubious settlement with the local vicar and stripped most of the money from the vicarage. When the request was refused to place the crypt in St Pauls his widow Elizabeth had workmen knock a hole in the side of the church at midnight and install the crypt complete with a look through to the altar. 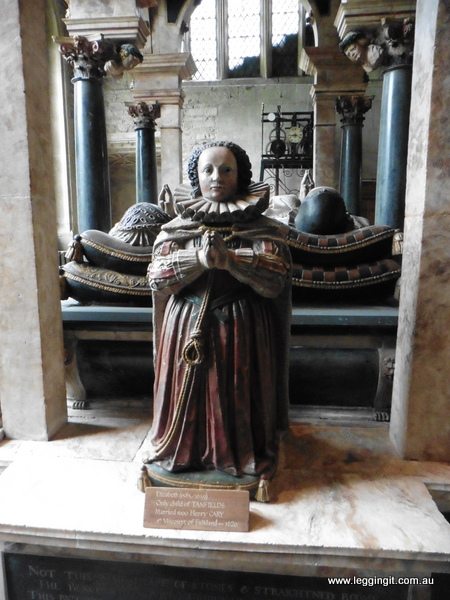 Also in the family crypt is his wife Elizabeth and his daughter Elizabeth Cary Viscountess Falkland. Elizabeth Cary is best known as the first woman to have a play publishe din English.”The Tragedie of Mariam, the Faire Queen of Jewry” (1613).

After much discussion it turns out this was not the church Mum actually wanted to go to there is another Burford but I am sure you will agree this was a fascinating mistake. 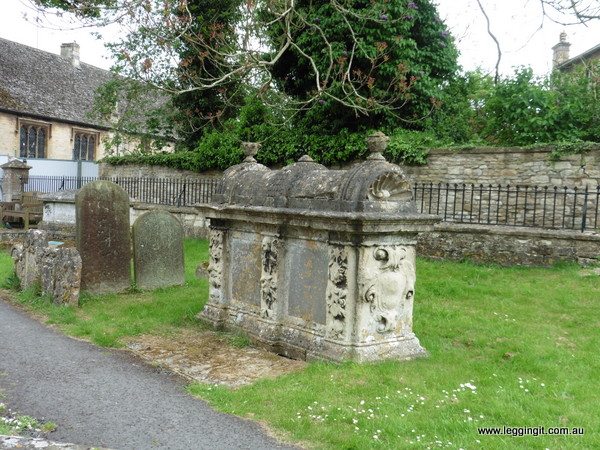 We also noticed the unusual graves in the churchyard, a local church warden explained these are call hay-bale tombs and are only in the local area. No one really knows why they were done like this but they are very unusual.
After visiting the church we found a local pub to enjoy lunch. Burford definitely  is a nice place to spend a Saturday afternoon.

One thought on “Burford In The Cotswalds”