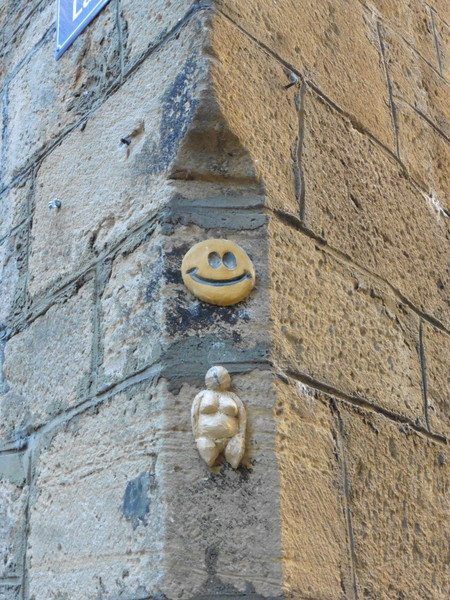 Today was our last day in Salat and we woke to a beautiful warm sunny day. It’s been nice spending a few days with our new friends Jeff and Angela but today we split up. They’re heading west to Spain whilst we are heading to the coast and east. Michele’s enjoyed time with another female whilst it’s been nice for me to have someone to talk bikes and engines to.
After packing the bike we met up and dumped our removable gear in their camper before heading out into the city. It was a great day to be out enjoying the lovely old buildings of the old city of Sarlat. Michele had heard about a local car meet which meets every month so we decided to see what was on offer. It was pretty small but a there were a few cars and bikes which really caught our eyes. 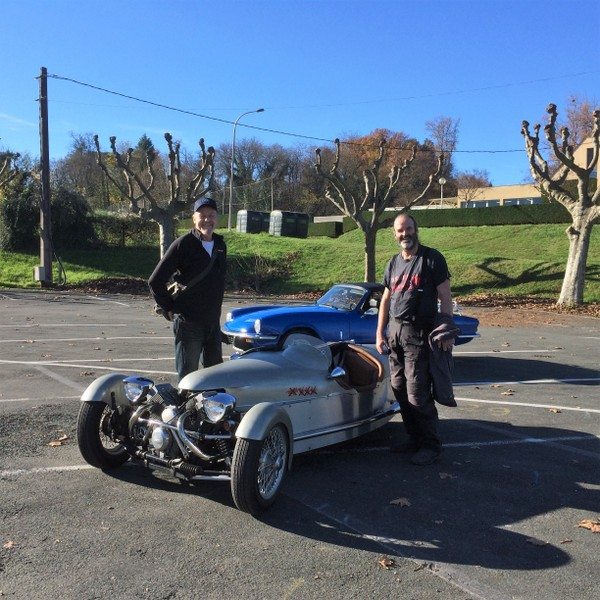 There were some great machines including a Ural sidecar with drum brakes, a Citroen Ami 6, a few Peugeot 403’s, a Porsche 911 and some odd cars we hadn’t seen before. There were a few bikes worth checking out and a cool looking ratrod ute.
Unfortunately there wasn’t a great array of vehicles to hold our interest so we headed back to the old city on our way back to the bike.

A coffee in the sun was a great way to enjoy the morning but like all good things it couldn’t last. Soon it was time to head back to the bike and part company. Today we are just doing a warmup run of about 130 kilometres. Michele’s still getting over her hospitalisation so it’ll be short runs until she is back to full strength.
As we headed off up the hills we waved goodbye, hopefully we’ll catch up again somewhere down the road.

Of course the satnav laid out the most indirect route up through the hills and down one lane roads. When we rejoined the road around the old town I was just shaking my head in disbelief. Soon we were heading out through the old city and winding up through the hills. The hand of jack frost had left a big imprint on the area, with all the trees up through the gullies and on the hillside completely bare of leaves. As we reached the farming area even the orchards of walnut trees which lined either side of the road never had a single leaf. A few green houses were the only sign of life with strawberries growing in hydroponic setups.

The route was pretty strange and we were diverted down one lane roads and through some amazing countryside. At one stage we missed a turning and discovered a dog intently stalking us. With one foot cocked and nose pointing at us, the dog was indicating us. We both just burst out laughing at it. After we recovered our composure we were too late for a photo.

After a few stops at cafe’s along the way, we arrived at Limoges late in the afternoon. 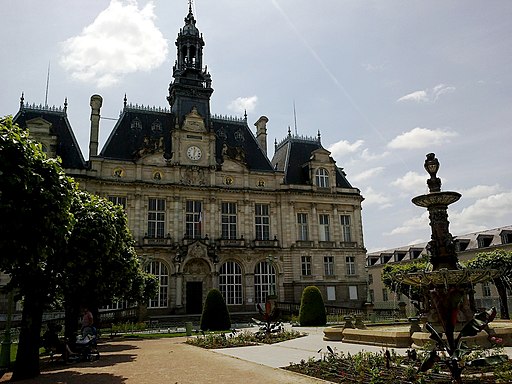 Riding through Limoges we were quite surprised how beautiful the city was. Limoges has a thriving porcelain industry along with high quality leather. The leather comes from its Baronet sheep and Limousine cattle which the area is famous for. Many of the beautiful buildings are a result of the money generated. 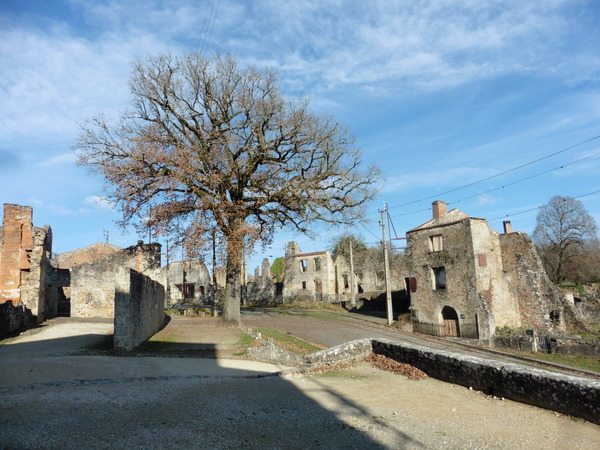 By the time we reached Oradour-Sur-Glane it was dark. Try as we might we just couldn’t find the B&B. The area had three streets of the same name so we rode one way and then another. Eventually we just gave up and headed back towards Limoges. It was quite eerie riding through Oradour-Sur-Glane and seeing the burnt out village. Oradour-Sur-Glane was attacked in 1944 by the SS and all the villagers massacred. The village was left as a memorial to those who died and a new village built on the outskirts. Tomorrow we are going to visit the museum and learn more about it.
When we arrived back in Limoges we headed for the Ibis Hotel and checked in. It wasn’t the nicest hotel and the first room they showed us just stank of stale cigarette smoke. Without complaint they gave us another room with a bathroom partly renovated but as it was just an overnight stop it was ok. I was amazed though when they tried to charge an extra €5 for bike parking. Usually Ibis have been quite good but this one and the one in Walthamstow have us questioning their standards.
After our visit to Oradour-Sur-Glane tomorrow we are heading to Larouquebrou as we head towards Millau.