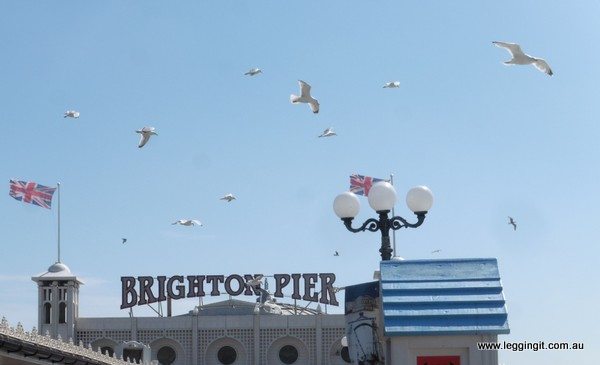 On our arrival back in the UK our first place to visit was beautiful Brighton. I think Brighton is always remembered for it’s famous pier lined with funfair, but it’s certainly a lot more than that. 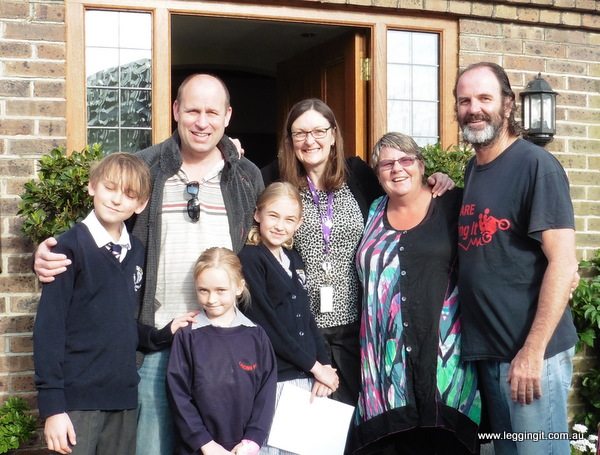 We had our first couch-surf for ages with a real travelling family which made it extra special. They’d traveled with their kids for two years all over Asia, Europe, the Americas, the Pacific,  you name it they’d been there. It was great hearing their stories and their adventures.

As the weather was appalling on the first day we decided to just catch the bus into the city. Just walking from the station to the Royal Pavilion however we were thoroughly drenched. 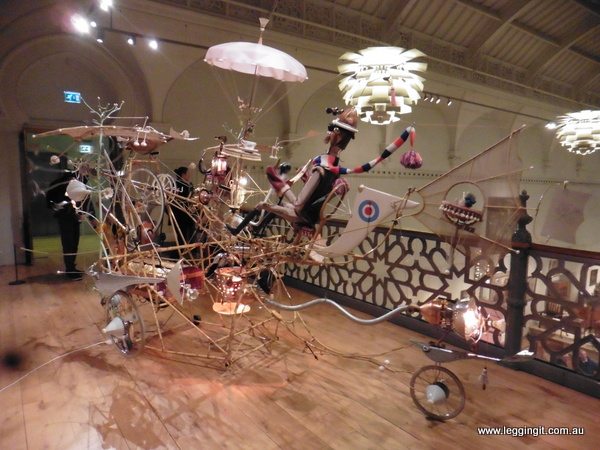 The museum situated near the Royal Pavilion in the park had a cafe so we stopped there to dry out. It’s an interesting museum with all sorts of fashion, religious and cultural costumes from across the world. Its free and well worth a visit. 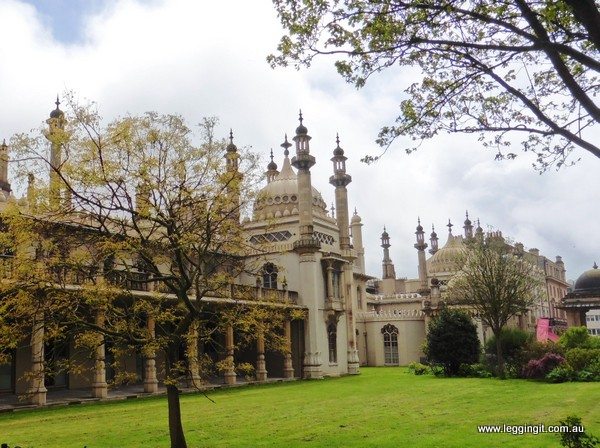 Every other week we visit a palace, castle or cathedral so after a while they can become a bit Ho Hum. The Royal Pavilion however, knocked our socks off.  The Royal Pavilion was commenced in 1787,  for the Prince Regent, who later was crowned King George. The Prince was a well known party boy who loved the finer life, however his lifestyle had caught up with him so it was decided that a palace by the sea would improve his ill  health. I think Hugh Laurie’s portrayal of Prince George in Blackadder the Third series may have captured his personality.

The exterior is built to represent an Indian Palace with domes, almost like the Taj Mahal, (well a version of it)Once we were inside we were in for a big surprise, for the interior is Chinese. It seems strange that the Indian theme isn’t continued throughout. The prince had a fetish for the exotic so hired designers who could reflect the exotic in the Royal Pavillion.

There are no photos allowed inside so let us take you on a journey…..Entering the hallway we were greeted by a long hallway decorated like a Chinese Palace with pink walls, bamboo like fittings and Chinese lanterns. The banqueting room was a shock with a massive dragon made of metal suspending a huge chandelier in the center of the dome in the middle of the room. Around the room four smaller Phoenix’s suspended smaller chandeliers surrounding the huge banqueting table. It truly was jaw dropping stuff. We could only imagine the banquets that would have been held in this beautiful room. 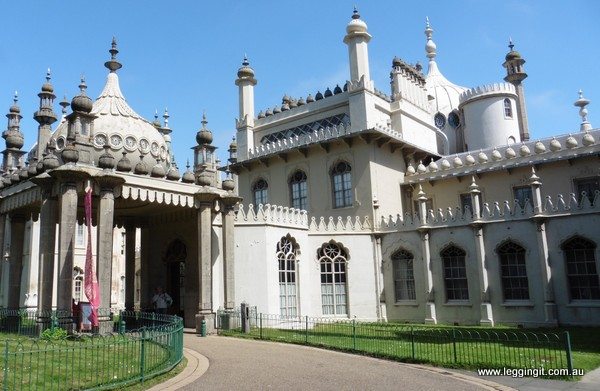 The royal kitchen which adjoined the banqueting room  was massive with geared rotisserie in front of an open fireplace, huge ovens, a vast array of pots and in the center a swan in a huge pot. It wasn’t real of course but back in King George’s day swan was on the menu.

The Chinese decor throughout the palace was amazing and the subtle touches throughout the rooms were quite nice but the music room really stood out. Around the domed ceiling 26,000 hand crafted cockleshells give the domed ceiling a wonderful texture and highlight the hanging lotus shaped lamp. These days there are lots of bench seats around the room so that you can take it all in. It’s a room that you can’t just shuffle through, because everywhere you look there’s something to catch your eye.  In the room there’s 180 dragons and snakes wrapped around fittings and fixtures. Chinese style chandeliers, carpets, wallpapers, curtains and fittings all add to the spectacle of the room.

It’s interesting just imagining the parties which would’ve been held here with rooms bigger than the average house set aside as games room. In the upper level the Chinese theme continues through bedrooms.

One thing which caught our eye was the cartoons from the newspapers which took potshots at the the Prince and it didn’t stop after he became king. The common theme was a how out of touch with the normal people he was which reinforced the character portrayed in Blackadder. The Royal Pavilion was later used by Queen Victoria before being sold as she did not like the public being able to see her. It was used in the Great War as a hospital by the Indian Army. Reading some of the history of the palace I think the curator has done a marvelous job in restoring this palace to its former glory.

The most famous part of Brighton of course is the Brighton Pier. It’s the last surviving pier in Brighton after the West Pier was damaged by fire and storms. These days just the steel structure of West Pier remains and the decision to demolish or repair is in limbo.

It’s been around since the 1890’s and at one time had a theatre which hosted stars like Dick Emery. The pier is quite typically English with all the side show alley attractions such as rides, roller coaster, games, and machines guaranteeing everyone a great way to lose their money. There are a few nice cafe’s, a restaurant and bars.

Sunday is the best day to visit Brighton especially on a sunny day because it seems everybody flocks there. All the cafe’s, restaurants and beaches are packed, lines of traffic bank back from the car parks, and everywhere you look something’s happening. 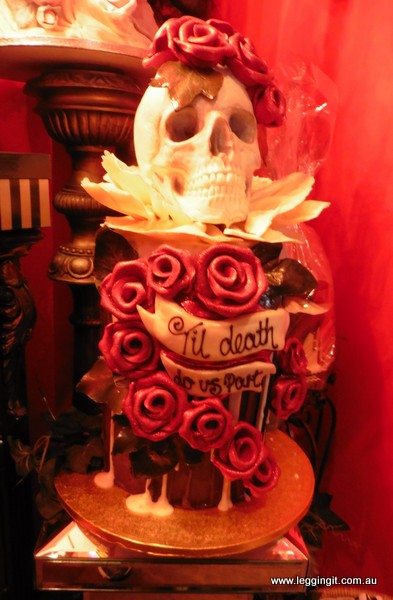 Areas such as the Lanes and North Lane are pedestrian areas with lots of tiny shops lining even tinier alleys. They are places with a really great vibe and one place worth checking out is Chocky Wocky Doo Da. It’s a hand crafted chocolate shop and so much more. 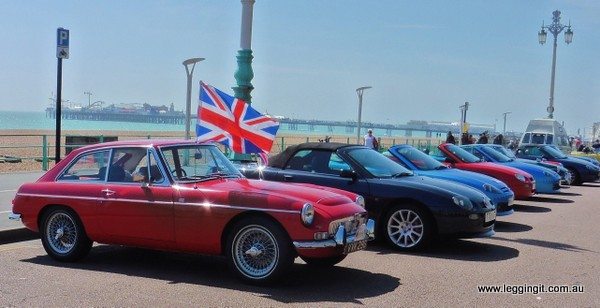 Along the promenade which lines the beach car groups and bike enthusiasts gather to show off their machines. We were lucky to find the MG Owners Group had a car show on. Hundreds of MGs ranging from the 30’s to current models were on show, with some models even Ron hadn’t seen before. 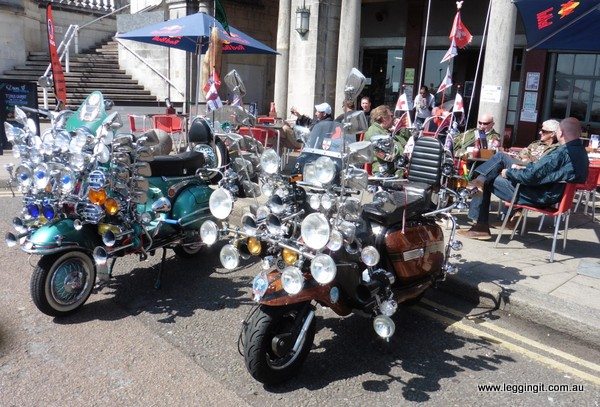 A group which are synonymous with Brighton of course are Mods. The movie Quadrophenia really linked the two together. We were lucky to spot a small group of grey haired guys dressed in green army jackets sipping late’s and enjoying the attention as tourists stopped to take photos of their shiny multi mirrored Lambretta scooters. One  little scooter pumped out 60’s music and it was interesting watching how they had all the latest mod cons fitted including a remote controlled sound system. 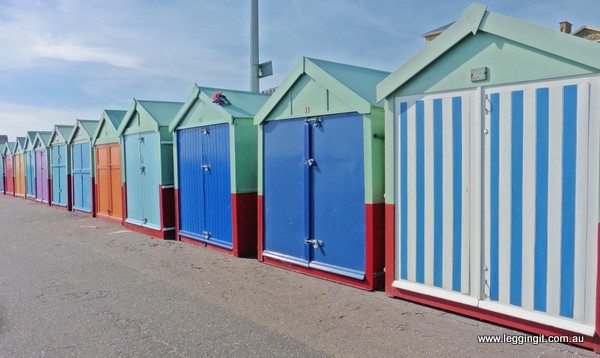 Finally of course you can;t miss the iconic bathing shacks, there are hundreds along the beach front however they are not cheap. One local told us it costs £800 per year for a lease and the waiting list is long as well. All this just to store a few click clack chairs and a BBQ.  With English weather it’s not likely you’d be at the beach every weekend.

Overall we had a great time in our three days in Brighton and hope to return again soon, weather permitting. Next stop Canterbury.