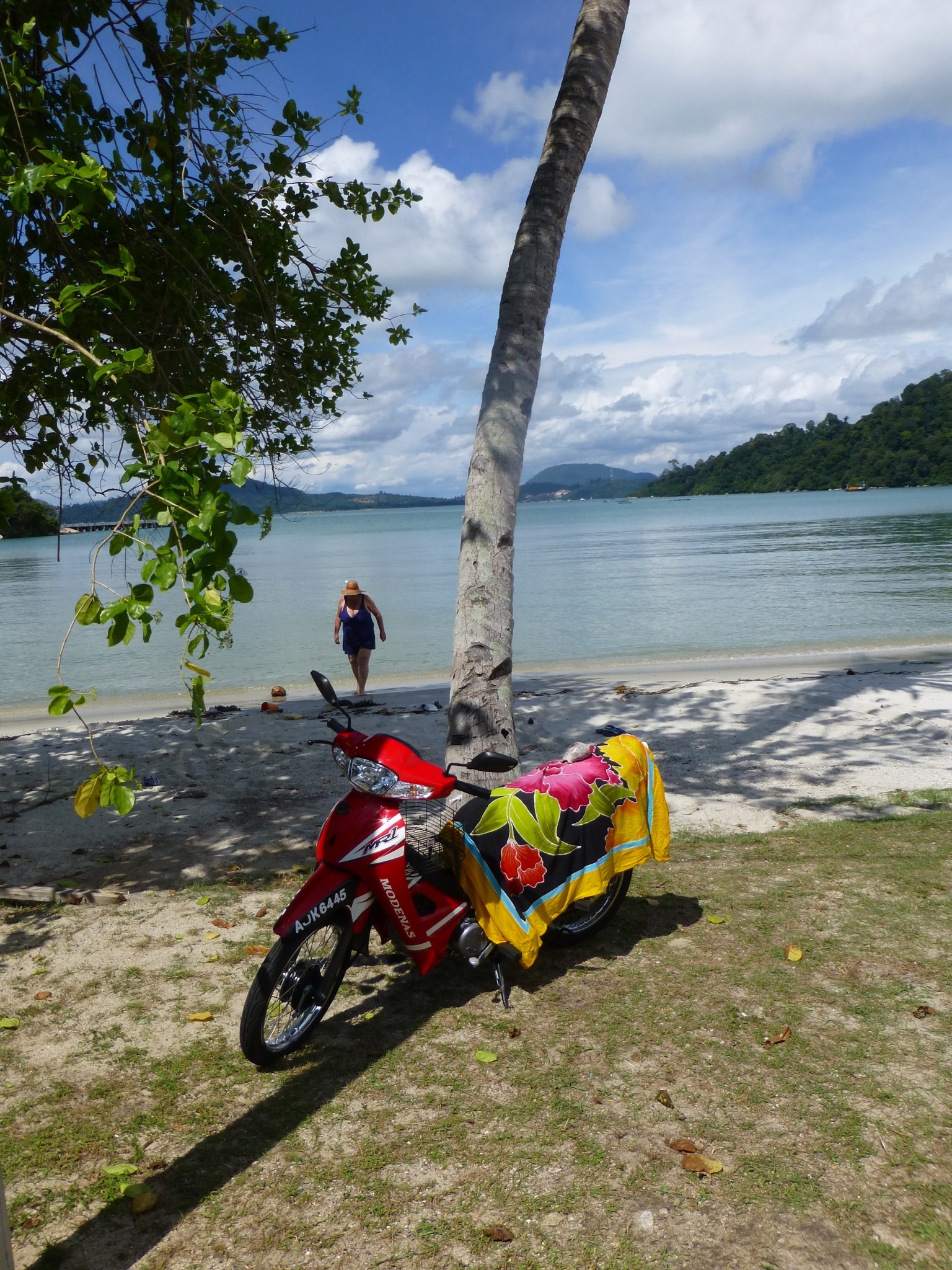 Planning doesn’t happen overnight…..especially when you are undertaking the journey we are going to be doing.

Well I’m pretty happy today as I’ve passed my R Motorcycle licence. This means that I can ride any motorcycle regardless of engine capacity. Well how did we get here?

About 2 years ago Michele came up with an idea to teach English in Indonesia, which of course I was pretty lukewarm about. That idea went on hold for a while but in Vietnam we met an American couple who sold up and moved to Nha Trang, they were breakfasting in our motel across the road from the beach. We chatted over breakfast and all the while the cogs were turning in our heads.

The hotel was in a beautiful location with the sun rising through the palm trees everyday, the sort of place middle aged people could just” dropout ” to. So one afternoon sitting at a cafe overlooking the beach drinking coffee and playing cards I said “you know what I could live here” to Michele. She readily agreed.

We thought it over and it was obvious that a car was out of the question but to get around by bike meant that I had to get a licence. I’d had a motorcycle back in the 90’s that I used to ride to work but never bothered with a licence, but to live and ride overseas meant that I’d have to get a licence so that id be covered by insurance and keep the police off my back. Michele had recently overcome her fear of motorbikes, in Hue, by booking a city tour.

When we arrived back in Australia I got my learners permit and started looking for bikes. I settled on a brand new Regal Raptor 250cc cruiser because it was cheap, and would be comfortable for pillion passengers. It came with a long warranty so I thought it would suit the purpose. The bike was delayed due to administration error at licensing in Canberra as it was a new model being imported. We promptly named it “The Piglet” as it was like a “Hog” only smaller. Meanwhile I booked in with Gibbos Motorcycle Training in Rockingham for some lessons.

After 4 lessons it was time for my test, however on the day of the test I came down with the flu. As there was a no cancellation policy i decided to do the test rather than blow the $76 test fee. I’d taken some cold and flu tablets in the morning and felt ok but after doing a warmup with Gibbo I was dead on my feet. Of course I was unlucky and got the worst tester.

I started the test but it wasn’t long before I’d failed and was back at the licence department where the tester told me I could have just postponed the test that morning., Grr. After the disappointing result I wandered across the road to the medical centre saw the doctor and spent the rest of the week sick in bed. Getting another test became difficult ringing up on Monday early to find there were no vacancies for 8 weeks, but Gibbo came through with a cancellation.

The second test was quite good. The tester was quite reasonable and not long after I was leaving the licensing centre with a new RE licence. Legally allowed to ride a motorcycle up to 250 cc. It was great to be legally allowed on the road and Michele and I made the most of it.

The next 12 months we spent travelling on the piglet two up around Perth, the forests around Jarrahdale and a bit of the South West. We even hired a Modena 110cc in Pangkor Island and a Honda Dream 110 cc in Penang. Wild hogs baby…..

Of course in January the state changed to the Learner Approved Motorcycle System (LAMS) where motorbikes were classified by power weight ratio so that some 250cc motorbikes were banned but there were a list of bikes up to 660cc that were approved. If only I’d known, it may have influenced my choice of bikes.

As my 12 months on my RE licence was up I was in two minds whether to upgrade to R (or unrestricted ) or not as its not a cheap venture and many of the bikes I’d been looking at I could ride on an RE Licence. …..Then I went to the Perth Motorcycle and Scooter Show. Looking at all those bikes I realised that I can’t limit myself. Seeing Charlie Bormann at the show was a bonus because we have all his doco’s and by watching them I realised you don’t have to be the best rider, you just have to have passion.

I visited the registry and after getting my learners permit (yes another learners permit) they told me the earliest test was March 2014….. Arghhhh. Once again I contacted Gibbo, who asked me if I’d checked the website and telling me he’d look for cancellations. Good advice from Gibbo as there were vacancies and I booked in and asked for a lesson. I didn’t realise after checking the site that I’d be riding a larger bike (talk about checking the fine print) of course it makes sense.

Gibbo had a nice Honda NC700 that almost drove itself. It was so easy to ride and after a short period of time I felt really comfortable on it. It was the same old stuff as the first licence except this time instead of doing low speed O ‘s on the road I had to do them in parking bays between concrete barriers.

All ready for the test today I did an hour warm up with Gibbo and felt pretty relaxedish before fronting up to find my tester was the same guy who failed me on my first RE test.

Well it wasn’t my finest performance for the test but it was good enough to get a licence. Ye ha. In the meantime with the help of my daughter Bronagh who designed our logo we had our first TShirt made and logo’s for our helmets. So an idea over a year ago finally came to fruition today in readiness for next years trip. We are Legging it. Ron

One thought on “The Journey”