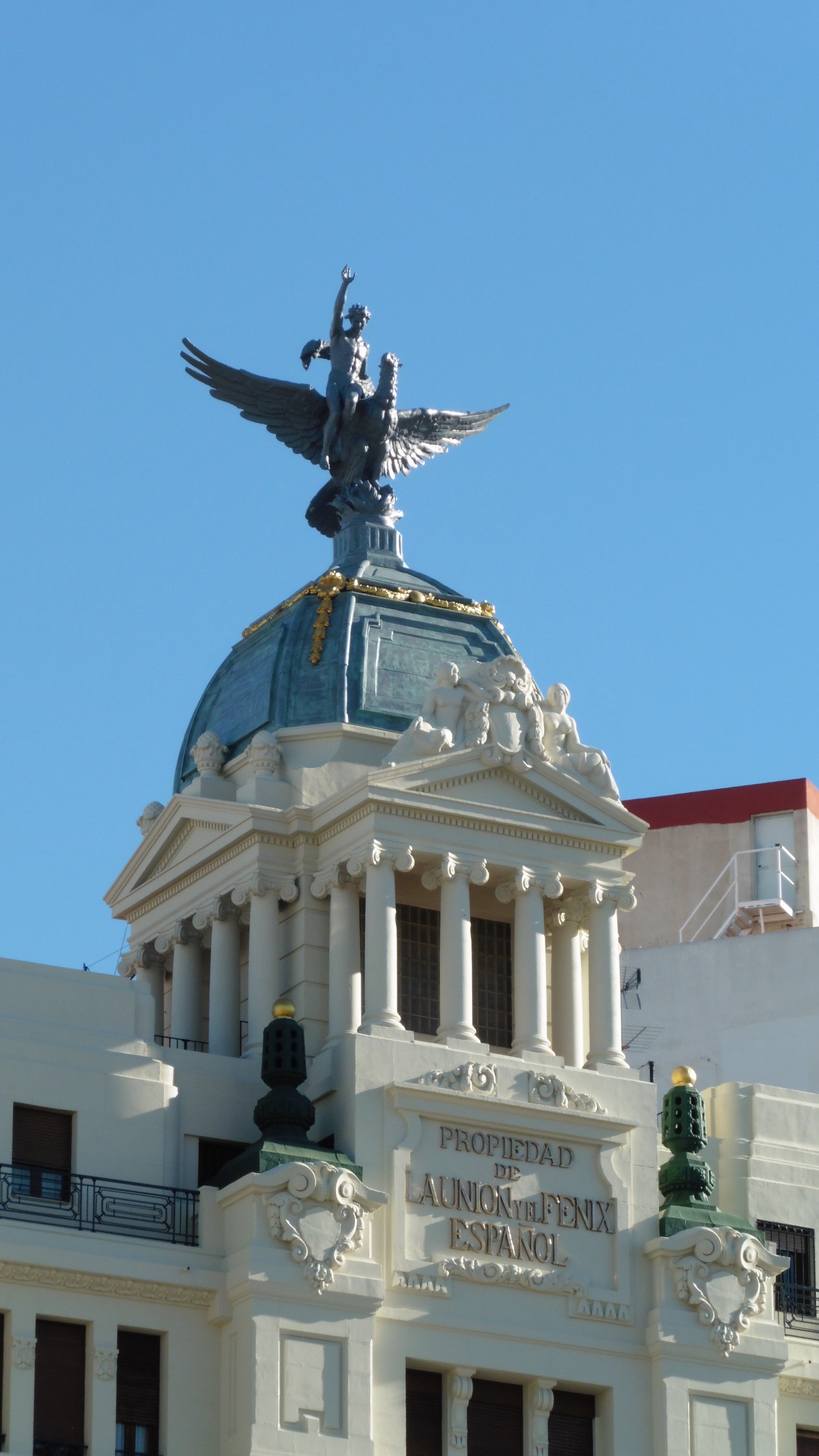 The sun was shining on Valencia as we headed to Pan bakery for breakfast. The bacon and cheese Pannas were so good we had another. As the weather was beautiful we decided to walk around the old city picking up a SIM card along the way. That turned out to be a drama as it wouldn’t work, eventually we discovered an App from the previous phone company was causing the problem so we deleted it.

As we wandered along we noticed a large group of people of all ages gathering outside the old Bullring all dressed in old fashioned Spanish costumes. We spent ages trying to work out what was going on then the side gate opened and they were ushered in so we think maybe they were extras in a movie.

Valencia is a beautiful city to walk around with lots of plaza’s, and a green belt with different parks also public outdoor areas for people to use. As it was sunny lots of people were out cycling, rollerblading, jogging and skateboarding. It was interesting walking through the streets and parks seeing orange trees. The walk took us past some interestingly designed buildings including Palau De Les Arts, L’Hemisferic, L’Oceanografic and a really cool single span suspension bridge.

The park led around towards the boat harbour and we thought that’ll be a nice place for lunch. Unfortunately the park didn’t join up with the boat marina instead petering out into a dodgy looking suburb, with lots of abandoned buildings and graffiti everywhere.

Eventually we arrived at the marina, or where the marina was supposed to be. Valencia was home to the Americas Cup in 2007 but these days the marina, apart from about six luxury yachts was almost abandoned. There was some building work going on but a real marina is still a long way off.

After a bit more walking we finally arrived at the beach. It was a beautiful long wide beach with a number of sand sculpture artists who’d sculptured sand castles of various shapes, and one artist had shaped a 3D version of the last supper. One guy said it had taken him a few weeks to build his castle and the rain and windy weather had played havoc.

As it was getting late and we had been walking all day, we caught the bus back into town where we grabbed a meal at a Turkish kebab shop. When we arrived home a party was in full swing at the accommodation but we weren’t invited in. Very odd place. The final guests left at 430 and we were kicking ourselves that we’d paid for three nights because we would’ve left too.

Today we’ll check out some of the old city.