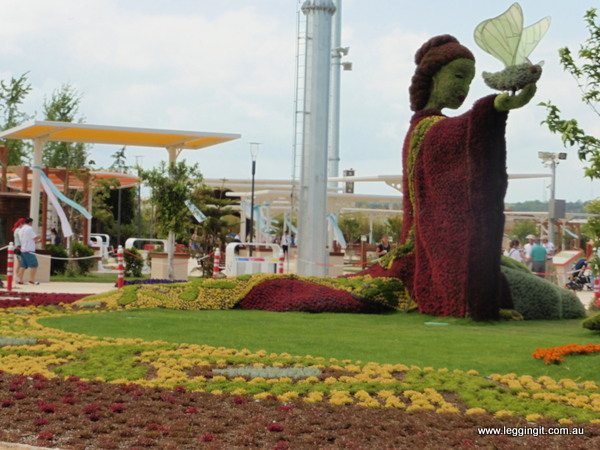 Today we visited Expo Antalya at the specially developed Expo site not far from the Antalya airport. After breakfast with Penny and Keith at Hotel Falcon we shared a taxi to the Expo Antalya site. The ride out was quite far, costing us 70 TL about $35(AUD). We’d booked the tickets online which was a further 20 TL about $10 (AUD) and our electronic tickets were scanned at the gate. This was a special opening deal the tickets are normally 60 L about $30 (AUD)
The Expo officially opened yesterday but there are still lots of work to be completed including the Expo train station and some of the infrastructure within the site. Within the Expo site there are still cranes busily preparing exhibits and builders still hard at work. 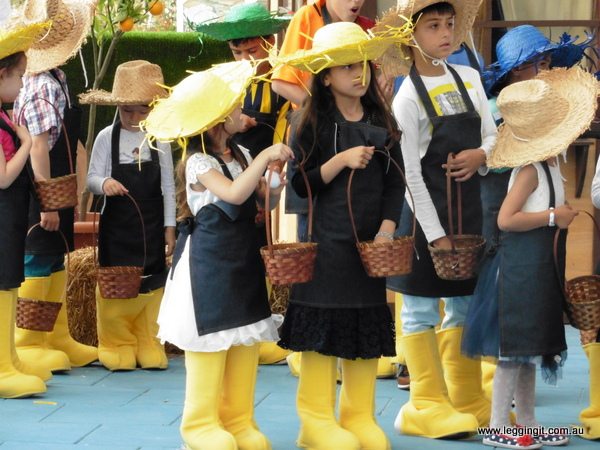 The theme of Expo Antalya is gardens and children with this years Expo attracting 50 countries. Navigating around the site wasn’t very easy as the staff didn’t give out maps. Instead they directed us to use the interactive displays which of course weren’t working. Luckily there were a few old fashioned “you are here” boards which, although in Turkish helped us work out where we were. 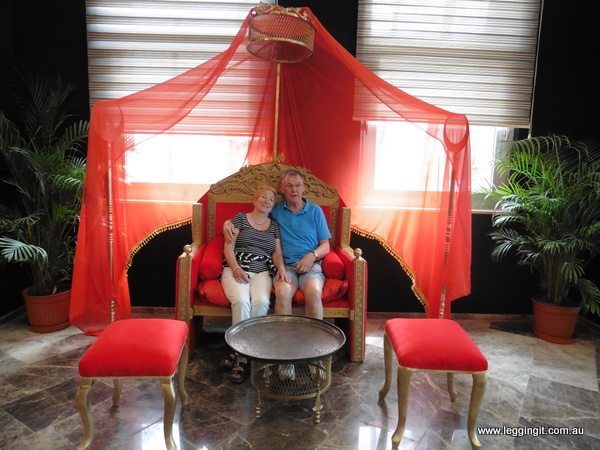 The first exhibition hall we visited was surprisingly almost empty. It had a nice display of Islamic Calligraphy art using gold leaf by a Turkish artist and an excellent  cafe on the ground floor, and another ceramic display on the first floor. Outside a collection of scrap steel animals surrounded the garden. 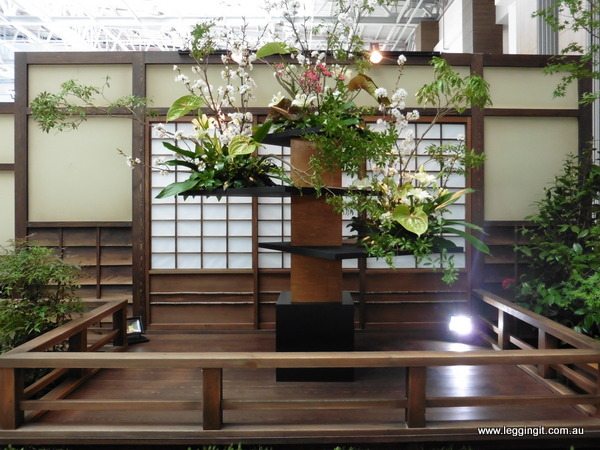 The next building we entered had a lot more garden displays including models of sustainable living housing developments, and displays by different companies. Some of the latest garden products and flowers were on display which was interesting. Japan had a small display which included a small walk though house, art and a floral art piece using the Japanese art of Ikebana. There was also a playground for kids with a few nifty toys which seemed the most popular display of all. 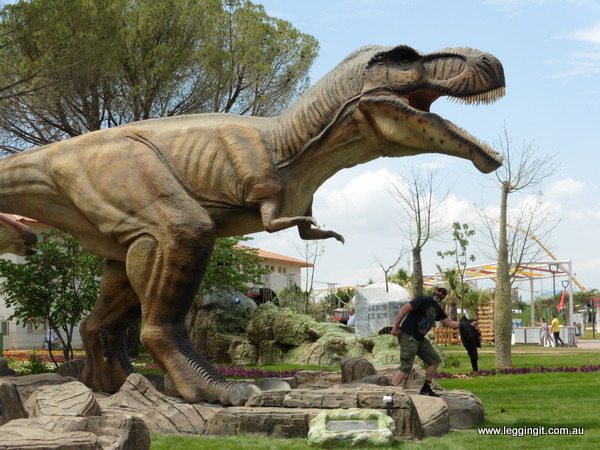 Keith was keen to see the dinosaurs so we battled the crowds to get a few snapshots with them. There was a nice display of different dinosaurs which had animatronic mouths and heads. It was hilarious watching a bloke trying to get a cheek to cheek photo with a dinosaur who’s head was programmed to move back and forth non stop. We were waiting for him to get seriously hurt.
The next section we visited was a sci-tech style exhibit. It had great interactive science exhibits for kids to play with and learn about. There were all sorts of exhibits on the human body, mechanics, photography, sound, and lots of equipment for kids to play with.
As it was lunch time we looked for somewhere to eat, first finding a local cafe area which was overrun with volunteers before moving onto another which was pretty deserted. We settled on some overpriced hotdogs which had to be sent back to be cooked. I think the vendors were expecting to be swamped by crowds but it was still early days at Expo. The tip is take your own food 🙂 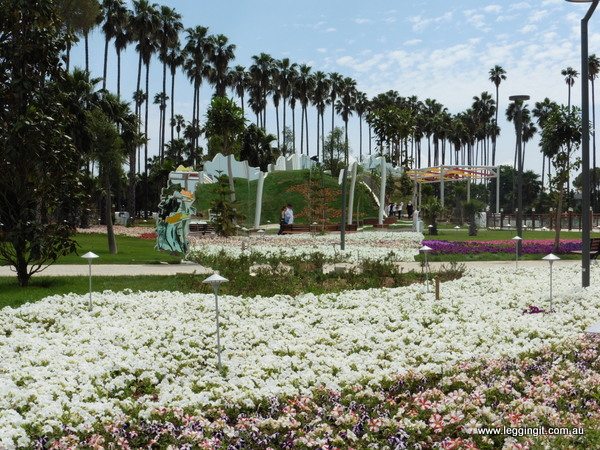 The gardens leading up to and around the lake were superb. We stopped to enjoy the midday sound and water show at the lake fountains whilst in the background cranes and boats repositioned steel features in the lake. Not far from the lake we discovered a lovely row of restaurants with aromas which made us hungry again. If the interactive displays were working we would’ve ate here. 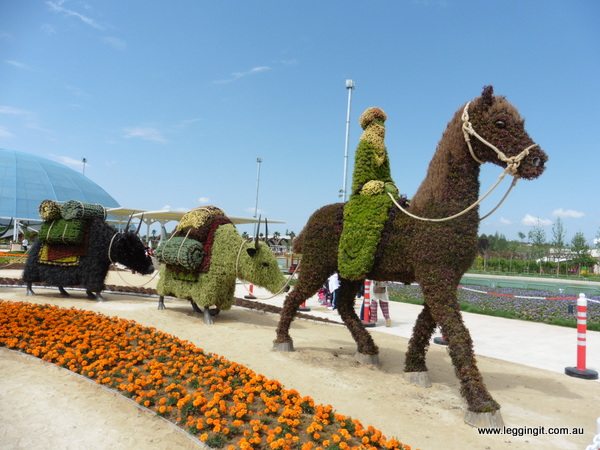 A local Turkish band caught our attention as they travelled through the Expo site banging drums and blowing ne’s. It also led us towards the most beautiful hedge art gardens. Giant Turks leading caravans of camels and horses, traditional farming scenes, elephants, lions and all sorts of scenes were throughout the area. It was the most amazing display. 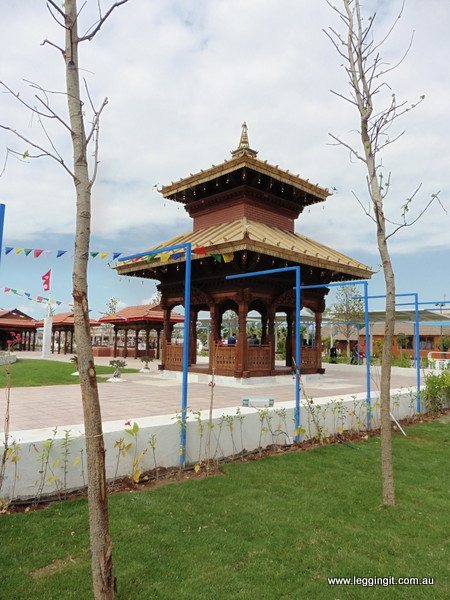 We wandered through the domed area before heading towards an area of countries displays many of which were still in the process of being built. Nepal had a stupa with prayer flags, India a traditional style cottage with henna painting, and of course a gift shop. South Korea a water garden with no water but it had a temple bell. There were a few others we visited which were pretty underwhelming. You’d think that the countries involved would actually each put on outstanding displays to promote tourism.

Lastly we visited a huge domed garden which was quite nice. It contained lots of flowers and plants which would burn up if exposed to Antalya’s hot days. A steel ramp slowly circled towards the top of the dome allowing a close up view of the plants. 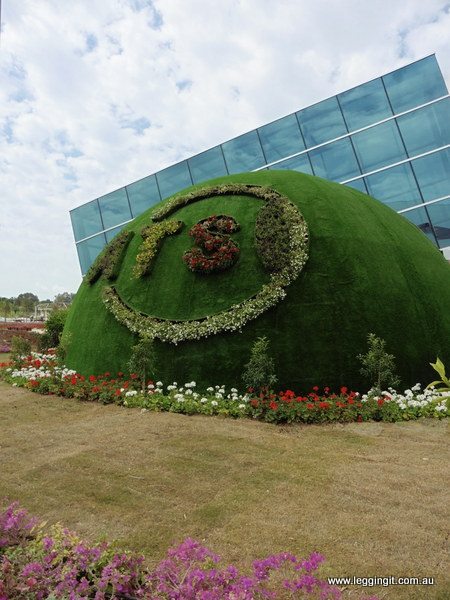 Overall Expo Antalya was nice enough and it would be nice to see it when it is finished. If you had kids it would be great to visit a few times, but only if you packed a picnic lunch. The food prices were exorbitant and if you were feeding a family of kids it would be crippling. 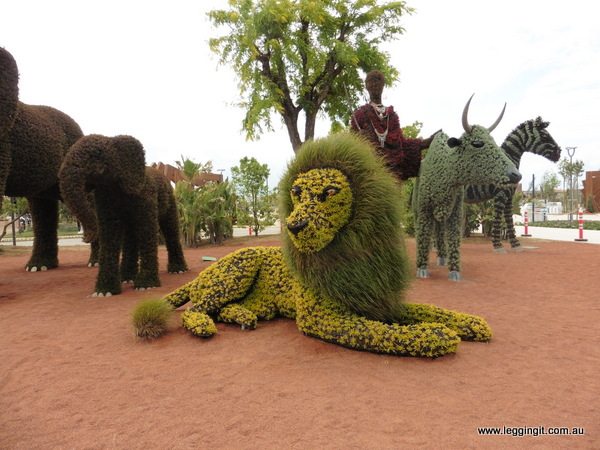 Getting to and from Expo Antalya is quite easy as it’s fairly well signposted. As far as transport goes a taxi ride cost us 70 TL each way so it’s quite expensive. It was the easiest way for us all to travel to the site without the hassle of getting on and off dolmus’. Hopefully the train station will be finished soon and the train will start running. If they don’t make transport to and from the venue easier I don’t think they’ll get anywhere near the number of tourists they expect. Our final opinion, if you were travelling to Antalya just for Expo Antalya we think, like us, you may leave a little bit disappointed.