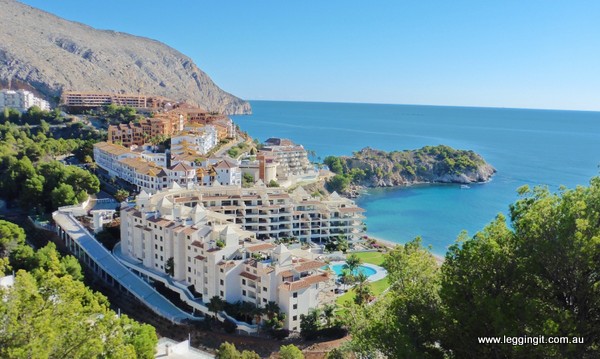 Time to say adios Valencia, as the road is calling…

Heading out of town we took the coast road which took us through lots of wetlands of the Pobles Sud area. There was a large area part of the National Park. Today was a public holiday so there were hundreds of Lycra terrorists out in packs riding along the roads. The countryside around Valencia is quite fertile and there’s millions of orange trees, and hundreds of plastic covered hothouses, growing all sorts of things from flowers to vegetables.

The road wound up and and over the Altea hills surrounding Calp and we stopped to enjoy the view. It’s easy to see why Spain is so popular with it’s golden beaches and beautiful turquoise waters.

Despite the beautiful views the other side of Spain was quite visible with hundreds of vacant apartment blocks, abandoned buildings, graffiti and prostitutes on the edges of the towns.

Alicante was our lunch destination and to my surprise a quaint little seaside village was in fact a massive seaside city. Along the waterfront we took a wrong turn down a one way street and got stuck inside the ferry terminal to Oman. As we could find no way out we retraced our route down the footpath. 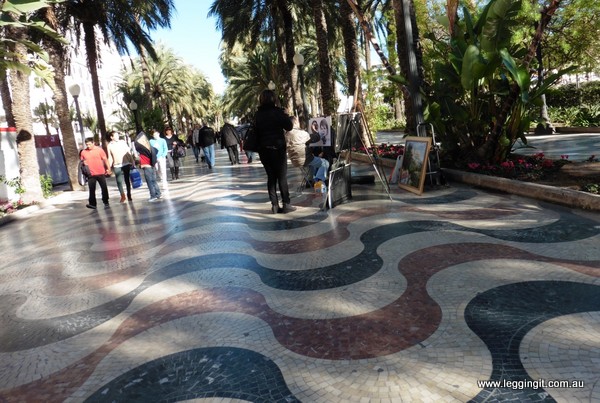 Eventually we found a little cafe along the boardwalk overlooking the marina. The Christmas markets were all set up and lots of people were out enjoying the sunshine. Another lost in translation moment at lunch when we ordered what turned out to be mushroom, garlic, butter and truffle 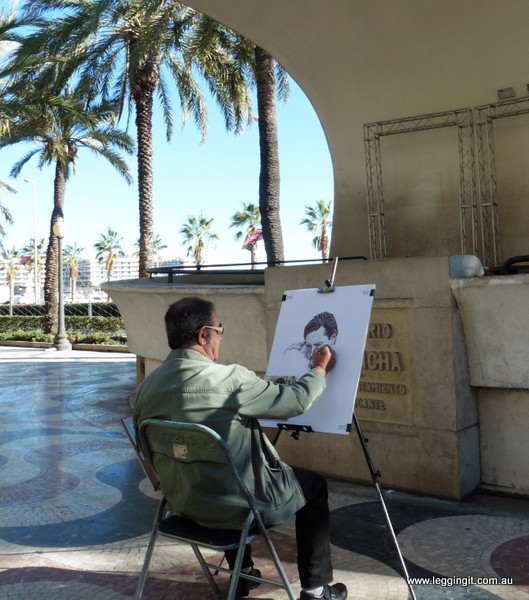 As we got closer to Cartagena it was obvious that this area has really fertile soils. There’s all sorts of fruit trees, fields of vegetables and lots of green houses. It’s was also interesting seeing the cemeteries where families have house like crypts, they are set p like streets and even have numbers on them. 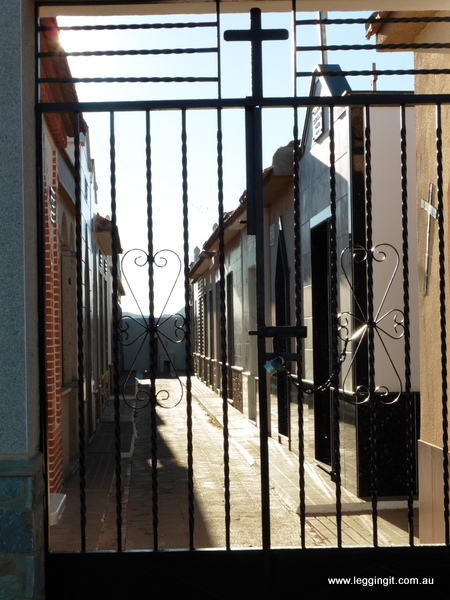 I think we were a bit wide eyed with amazement as we rode into Cartagena. It was like being in the Bronx with graffiti everywhere and rubbish blowing down the streets. It had us thinking that we’d made a bad choice in destinations. The hotel carpark was strewn with rubbish and although the room was ok Ron was a bit iffy about his bed. He made the mistake of googling bedbug and spent the next day scratching at nothing.

All the cafe’s and restaurants were closed as it was a public holiday. The hotel were pretty unhelpful so we just picked up some supplies from the supermarket across the road and settled down for the night.

Tomorrow hopefully we’ll decide whether or not we made a bad choice stopping.