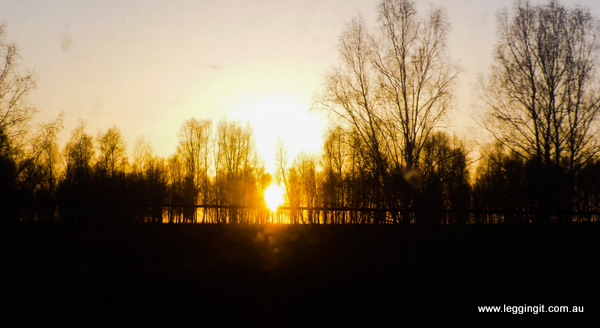 Today was the day we had been waiting for the Trans Siberian leg of our journey. The alarm went off at 5 and we were showered and bidding the lady at the hotel goodbye at 530. It didn’t take us long to walk down the hill to the station and we slipped through the security without any hassle. We showed the lady at the ticket desk our eticket on our iPhone and she indicated for us to go out the building and back in holding up one finger. We followed her directions and came in the next part of the building which had an information desk. We approached the girl and she wasn’t overly worried about a printed ticket so we sat down. We scrolled down the email and right at the bottom it said the ticket must be printed so I showed it to her again and she shook her head indicating it wasn’t necessary.

There were announcements with Mockba in the name so we headed to the platform which was indicated on the board and showed them the iPhone and we were ushered to our cabin. No need to stress after all. The train was ultra-modern and easily the best train we’ve been on so far. The cabin had a power outlet, fold away bottom bunks which convert to seats when not in use and lift up to aid stowing baggage underneath. The toilets are attached to a HVAC system which means that waste isn’t ejected onto the tracks. The toilets were clean, modern and the service was quite exceptional.

After the train departed the station the conductor was soon in our cabin with firstly with fresh linen, then with a box containing all sorts of souvenirs from Sochi Olympics, then finally with a box of snacks and biscuits.

We settled in watching the world go by and enjoying the comfort.

Our ticket included four meals what four we weren’t sure but the steward popped past about midday (Irkutsk time) to deliver a paper bag which included tea, coffee, sugar, cutlery, a bottle of water and chocolate. He soon arrived with vegetable soup and not long after a meal of fish in a cardamom sauce with a brown, cold peas and hard bread. The fish was a bit boney and the meal was not to Michele’s taste so as the Jim The Goose in Mad Max said “what’s the matter” “not hungry” “give it here”

There was no chance of Michele starving however, as the steward waltzed past with a covered tray. We stopped him and he pulled back the cloth to reveal a sort of warm bread rolls filled with mashed potato and others filled with steamed carrot and cabbage. I think we quickly became his best customers as he seemed to pop in every hour or so with something else for us to buy. We’d hear him almost singing as he’d enter the carriage carrying trays of food.

The train passed through lots of forested hills and lower areas and it seemed the whole area relied on forests. The houses in all the small villages were all made of wood and once again either weatherboard or log cabins with brightly painted window frames. The trees were the same as west of Irkutsk along with white trunked poplars and tall thin pine trees. There was a little selected logging but no real clear felling which would be more expected.

The countryside slowly changed and it became less high hills in presence to rolling low hills. It really reminded us of Belgium, maybe because of the colours, or the bogginess. There were a few larger towns and cities along the way and the contrast to the smaller villages was amazing especially with building materials. We spent a nice afternoon playing cards, just the two of us in the cabin, well actually I had a nice afternoon playing cards and Michele occasionally threw the cards at me out of frustration as she couldn’t win a trick.

Dinner didn’t arrive so we figured that wasn’t an included meal so opened our noodle bowls added hot water and presto dinner was served.

We watched the first two “Back To The Future” movies before Michele called it a night. I watched another movie and the train pulled into a station and next thing we knew it we had two cabin mates. Two young Russian guys. I stayed up as late as I could so that I can make the transition to Moscow time easier. (5 hours behind).

The countryside had started to change when we woke up the next morning. The hills had gone and now it was flat and swampy. There were still forests of white poplars, but now there were fields of golden grass. It was a bit of a shock after all the hills and forests. One of the Russians left the train and we got a new passenger, an older Russian bloke, about Michele’s age.lol He couldn’t speak English and the other young bloke wouldn’t even speak Russian to him. It was as if talking was like sending a telegram and he had to pay for every letter. I had slept without a pillow thinking Michele had mine but it turned out the bloke in the other bunk was sleeping in luxury enjoying two pillows. I looked everywhere but couldn’t find the fourth pillow anywhere so I went and saw the conductor. I took the routard and the Trans Siberian book just in case she couldn’t understand my russglish. I couldn’t find the word for pillow anywhere. The afternoon conductor was as round as she was tall (and she was a fair height.) She was missing most of her teeth and looked like she belonged ladling borsch at a gulag somewhere in Siberia. I pointed at pictures of pillows, assuring her these weren’t my best pickup lines. After a while she made the symbol for sleep so I guessed she knew what I meant, Padooshka. She walked down to our cabin to investigate, looking high and low before finally pointing to one of the folded up beds. That’s when Michele made the revelation that the Russian bloke who’d left this morning had two pillows last night so the missing pillow was probably still on his bed. If only she’d have made the realisation before I walked up to see the conductor. The older Russian was having a nap and when he awoke the conductor was nearby and fished my padooshka out and gave it back to me.lol

We had a bit of a chat with the older Russian bloke using the useful language phrases in the back of the Trans Siberian Handbook, a pen, the routard (a book with pictures) and drawings. He even rang his daughter to get help with a word. We could almost hear Eddie Maguire from “Who wants to be a Millionaire” voice ringing out “would you like to phone a friend”. It was a really nice exchange.

Our second train meal arrived white rice, corn kernels and braised beef with bread. I’ll never complain about Qantas food ever again. We’d thrown the small plastic container out that the bread came in yesterday and the steward gave the Russians a bit of stick, but it was a disposable container and what do you do with disposable containers?………

He forgave us and not long after the evening meal was singing away as he waltzed past with his delicious pillows of bread and cabbage again. One of each thanks. “Adeen, Adeen payzhalyasta”

As the conversation wasn’t going anywhere we watched another episode of Back to The Future and headed to bed.

Snow was streaming past our window as we awoke the next morning and all around everything was covered in a nice thick coat. The snow continued to fall on and off for the next few hours. It was so beautiful.

The housing construction had also changed a bit. There were not so many log cabins and weatherboard cottages with brightly coloured windows and low roofs. Now in the smaller villages houses had high pitched roofs, had the entire exterior painted, were increasingly built of brick and concrete. Some looked a bit like Dutch barns with an almost rounded roof. In the cities the construction was similar to the Western European with old soviet style grey brick apartment blocks, but with many new office blocks poking through.

The train passed through the Urals, a mountain range which the local motorbike was named after, (well actually not mountainous just a little hilly). There were some scenic areas with beautiful little churches surrounded by snow-rivers winding through villages. Coming out of the Urals the countryside had changed a bit with the swampy areas now being replaced by flat open plains filled with grasslands.

The train stopped in Kirov and I got off to check out what the local stalls were selling. It’s one thing about the train at all the major stops the locals turn up and set up stalls selling all sorts of things, books, vegetables, snacks, smoked fish, salamis. In a lot of places they just turn up with a hand trolley with their goods and when the train departs they drag it back home. Everywhere we’ve been it seems like bigger department store shops hasn’t quite taken off yet and people set up smaller shops, some no bigger than a broom closet where they sell all sorts of things. It the train stations there can be often twenty or more shops selling food, jewellery, clothing, sometimes more than one shop selling the same goods as the one next to it.

At Kirov the talkative Russian departed and we were joined by another Russian, who was seen off by his wife and young daughter. It brought back memories of shipping off to sea with the little girl wanting to see where her Dad was sleeping for the night. The Russian who had been with us for most of the way finally broke his vow of silence and like the hermit in “the Life of Brian” wouldn’t shut up. He was excitedly chatting away to the newcomer like they were long lost friends. The evening meal arrived, something else inedible so I just tucked in. Pretty soon the singing steward was entering the carriage delivering his crispy delights.

Soon it was time for bed, our newest cabin mate scaring us (or scarring us) as he literally stripped off for bed. Tomorrow Moscow, Moscow la la la la la (I can’t remember the rest of the words)

Many of these photos are through a pretty dirty window but will give you an idea of the countryside we travelled through.