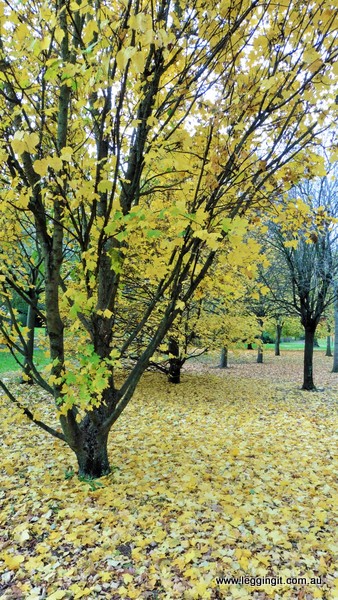 You know you are in a budget hotel when…. The lady next to you is dressed in hospital pyjamas and she is coughing so much she could represent France. I tried to avoid eye contact because she looked pretty unhinged and keep my hand over my breakfast as much as possible, but cringed every time she’d start another coughing fit. After breakfast when I returned to our room I could hear her shouting at the cleaners. Meanwhile Ron was busy refuelling the bike and giving a fellow bike rider a push start. An interesting start to the day. It was a little cooler than previous mornings heading out of town with patches of fog and visors suddenly fogging up as we hit different temperature patches.

The ride however was really beautiful up through lots of hills with the occasional Chateau overlooking the valley. There were lots of tiny villages with old churches and the occasional factory which seemed out of place. Then suddenly as we crossed over the hills the architecture changed and as we headed into Fumel we were pleasantly surprised to find a Spanish looking town. The first thing we noticed was the terracotta roof tiles which was quite odd after all the grey slate of France.

Also the shape of buildings including the pitch of the roofs was a little different. We stopped off at an artisan patisserie and ordered a few cakes and two coffees. As we were ordering cars were pulling up and very soon their was a line up in the cafe, obviously very popular. After our cakes we headed on to Toulouse and as we headed on it was quite obvious that this area was totally different to the north. Red brick buildings with terracotta roofs were now the norm. Peaches, pears and apple orchards and red clay soil.

The distance we had to travel was only just over 200 odd kilometres but as we got closer to Toulouse the traffic started to build up. It was a long slow ride through the outlying suburbs of Toulouse as French drivers can be erratic. There was evidence of this along our trip today with two cars in ditches and another upside down in the middle of a flat three lane highway not far from our destination.

Eventually we arrived, about 3 hours after what I’d told Tanya and rode around the hospital trying to find the correct entrance. Finally we just parked and walked until we found a map which pointed us in the right direction. Arriving at the hospital hostel we booked into the room and the staff were so helpful. They didn’t speak much English but with a few words of “frenglish” and a few laughs we were soon set up. Not long after we found our friend, we don’t know how she’s managed by herself so far from home to hold it together after her husband’s bike accident for such a long time. He’s back in the ward now but he’s got a long way to go. On the weekend the hospital is like a ghost town.

It’s pretty disappointing to hear that the insurance company which specialise in long term travellers are mucking them around. They just need to get back to Australia where people speak English, so his rehab can get going. The insurance company is doing all they can to not pay for anything – no we can’t pay for you airfare home as you didn’t have one booked – no we can’t pay for your accommodation because you did not have any pre-booked – make no sense. To top it off she is also trying to organise the bikes and their gear to be taken home. Make you wonder whether having travel insurance is really worth it?

It seems like the hospital operates on a Chinese whisper system where everyone is telling a different story, of whne he is leaving or not leaving, it must be so frustrating.

It was heartening to see the other people at the hostel all banding together in support. Even if they don’t speak much English they are always trying to ensure everything is ok.

We were able to take our friend for a break from the hospital the next day for a few hours. The plan was to catch the tram into the city, however after speaking to a girl at the shop we changed our plans. A big demonstration was planned and the metro would be closed to prevent riots. A good time to head the other way on the tram. Eventually we found a park, for a walk and chat before finding a little restaurant for lunch and some great cakes. After lunch it was back to the hospital, we hoped that our little trip was a little stress relief for her. I hope just having someone to talk to helped.

Tomorrow I is time to hit the road again and continue our journey towards Spain.