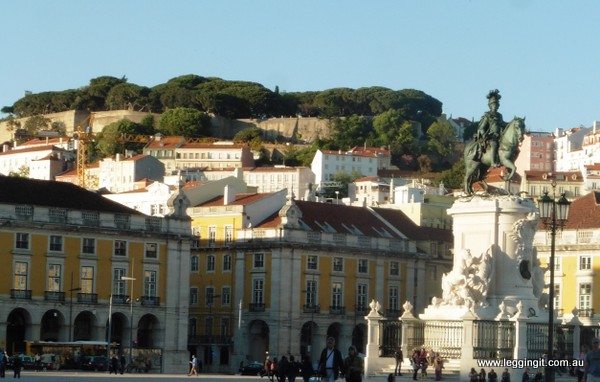 Lisbon is an interesting city set around a harbour amongst seven hills, (well actually that’s a bit of a fallacy which was created so that it could be just like Jerusalem hundreds of years ago). We were staying in the old suburb of Almeny just below the castle with narrow windy cobbled streets circling the hill and almost vertical streets linking them, (great to walk down but a killer to walk back up). After walking down to the station where the closest big supermarket is situated it’s easy to see why locals just shop at the small local corner stores, walking up the hill with a bag of groceries on each arm would be a heart attack waiting to happen.

I can honestly say I was petrified going down the hills on the back of the bike so I don’t know how locals do it. Actually most locals spend lots of time in their own neighbourhoods. Around Almety little laneways lead off the streets like spiderwebs linking the whole neighbourhood. Our accommodation was near one of the main streets, well the street was only big enough for one car to fit down it past the parked cars. Along the street were lots of little supermarkets, cafe’s, bars, restaurants, and shops. 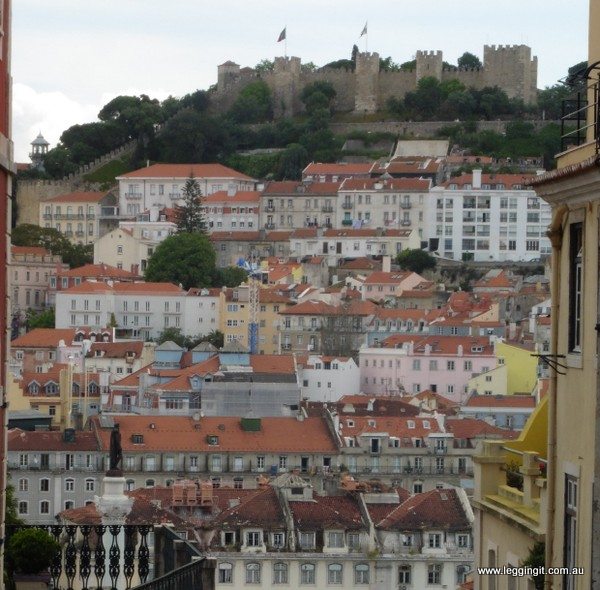 Lisbon is the birthplace of fado music, a type of local folk music. They’re songs with melancholy lyrics and tunes about loss, so you could probably call them a type of blues. Around Almeny there’s lots of Fado bars so wedecided to check out Maja’s Bar which featured Maja Milinković and a quirky Japanese guitarist. Wow Maja has a voice that can only be described as a voice that just grabs a hold of your heart strings and gives them a good tug.
Maja would sing a song then race off to take and bake orders, deliver food and drinks, while the Japanese guy entertained us with some traditional Portuguese songs. It was a great night in the little bar with only about five tables and room for about twenty people.

The next day we walked into town and joined a Sandeman Free Walking Tour of Lisbon. We hadn’t been on a walking tour since Cadiz so we were keen to check this one out. Also being a Sandeman Tour we knew that they were normally high quality. Well sure enough we really enjoyed the tour because it introduced us to a country we knew so little about. We learnt the four most famous Portuguese poets were Fernando Pessoa. How can that be? Well Fernando wrote under various heteronyms (personas which had different biographies, styles, religions, political views, thoughts… Quite odd sort of multiple personalities) 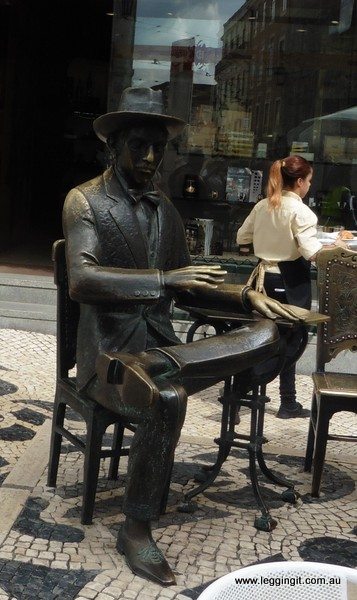 Another poet we learned a bit about was Luís De Camões the famous one eyed warrior writer who wrote the most famous Portuguese book Os Lusíadas. His ship was wrecked on the Cambodian coastline and according to legend he had the choice to save his Chinese lover or the manuscript he’d been writing for years in a cave. Needless to say the statue has his book firmly tucked under his arm and since the book was saved it has gone on to be part of the curriculum taught throughout the Portuguese speaking world. The date of his death is also the National Holiday.

Walking around the centre of Lisbon we visited the oldest bookshop in the world, with a Guinness Book of Records certificate proudly displayed in he window.

Other things we learnt about was some fun facts about Harry Potter and the author JK Rowling. She had lived in Portugal and in the book bits and pieces of Portugal had appeared. Salazar Slytheryn was named after Salazar the former dictator of Portugal. The cloaks and hats the students wear is the same as what is worn by students in Portugal.

It was interesting hearing about the history of Portugal from the ancient people who fought the Roman Invasion, the great earth quake of 1755 which destroyed most of Lisbon and the Carnation Revolution of 1974.

The tour took us up through the inner city hills and allowed us to see many of the sights of Lisbon in a short time. 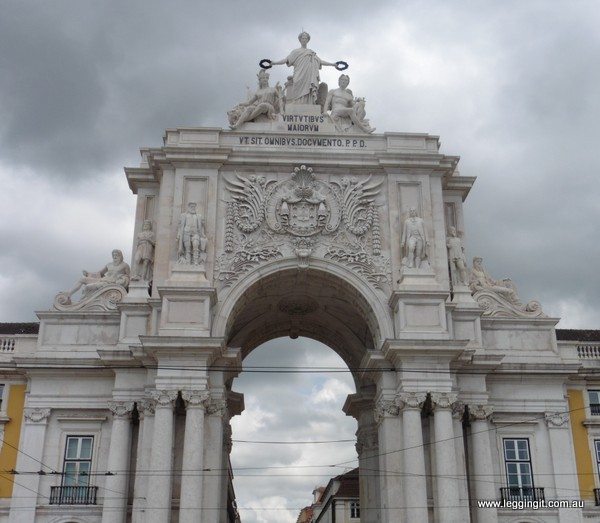 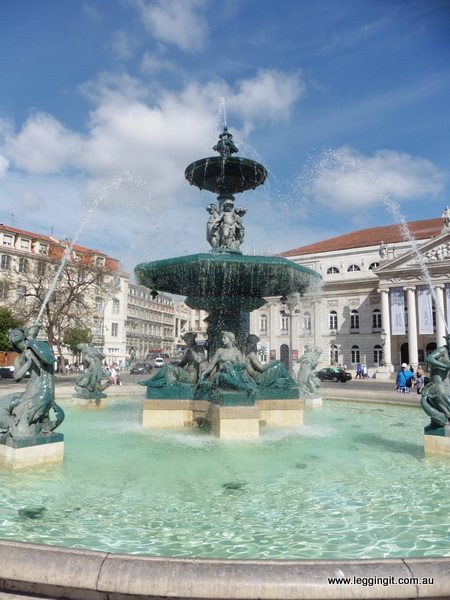 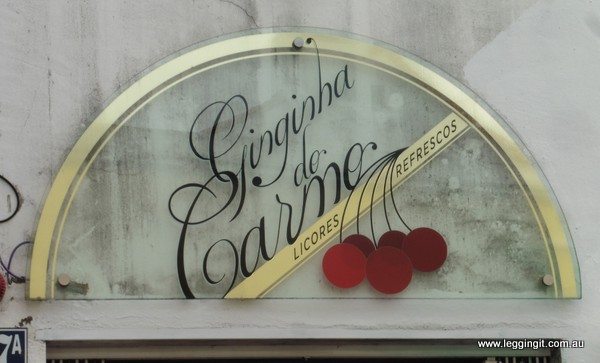 One thing which was worth checking out was Ginjinha. Sour Ginjin berries (Morello Cherries) are soaked in aguardente (Portuguese brandy), then sugar, water and cinnamon are added. The result is a smooth not too sweet or sour cherry liqueur that’s not too rough either. Supposedly Ginjinha is the favourite liqueur of many Portuguese and a typical drink in Lisbon. Around the centre of the city are a number of Ginjin Bars and we stopped at one which served shots in chocolate cups. What a great combination two shots and you get to eat the up afterwards. The Ginjin bars are all little hole in the wall places where locals pop in for a quick pick me up and they’re on their way.

The Baixa area was interesting as its basically the only part of Lisbon not on a hill so it has lots of pedestrian only areas, lots of outdoor cafe’s and lots of shops. It’s the perfect place to enjoy the sun in Lisbon.

Later in the day we caught the train to Belém for another walking tour. Belém is a nice place to take in the views of the harbour with a walk along the shore. The tour took us through Gerónimos Cathedral, a Unesco World Heritage site, which has the tomb of Luís de Camões, the famous Portuguese Poet and Vasgo de Gama, the famous explorer. The Cathedral is special because of its Gothic Manueline style. A Portuguese mix of Moorish, Gothic, Spanish, Italian drawing on maritime elements, shapes and nature. 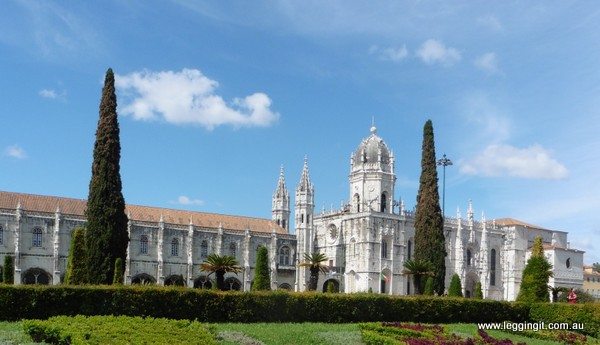 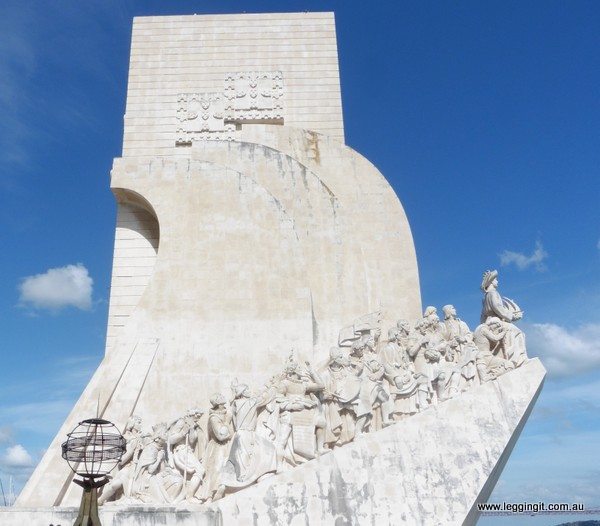 Not far away is the Padrão dos Descobrimentos a recreation of a tower celebrating the famous Portuguese discoverers. The statues include Vasco de Gama, Henry the Navigator, Ferdinand Magellan, Bartolomeu Dias, Luís de Camões, and many more famous Portuguese from the Age of Discovery in the 15th-16th century. 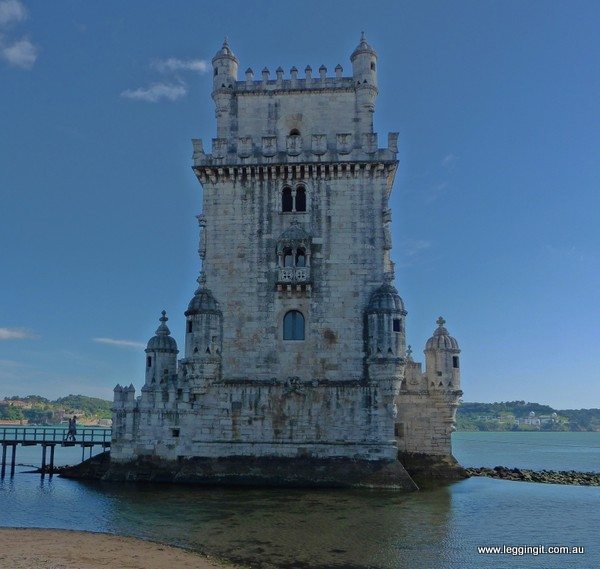 Further along we visited the Torre de Belém, a tower fort which used to sit in the middle of the river protecting against invaders. Land reclamation has the land only about twenty yards away these days. It’s a nice little place to stop and take photos. 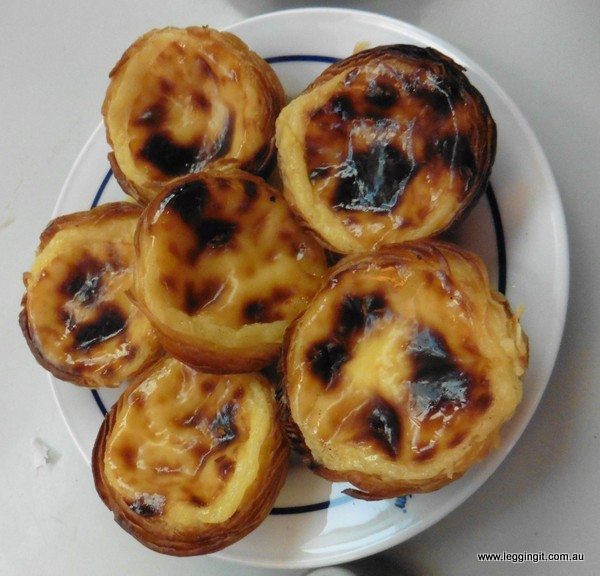 The real attraction in Belém of course isn’t churches, tombs or towers. It’s Pastéis de Nata or what we call Portuguese Tarts. Those lovely little egg custard filled pastries. The story goes that during the Liberal Revolution of 1820 the monks were facing expulsion from the monastery so to make some money they teamed up with the local sugar refinery to sell their secret pastries
.
The Fábrica de Pastéis de Belém was formed three years later and since then have been selling the delicious sweet. The line for take aways was around the block when we arrived and we popped in to the sit down area where a smaller line was formed. All we can say is wow, room upon room filled with people and tables. It was enormous inside. After ordering we were served four warm tarts so that we could trial the local custom of sprinkling them with sugar and cinnamon. Hmmm well the pastry was a bit too flaky and I wasn’t convinced about the sugar. I think the first tart I sampled in a small cafe in Faro still was the best I’ve tasted so far, but the research continues….