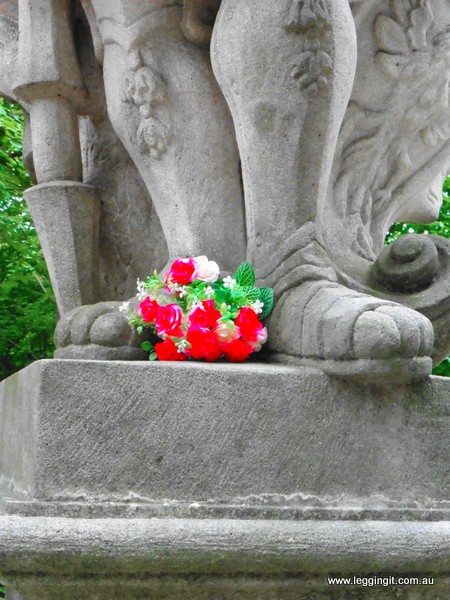 After spending two days in Olomouc it was time to head back to Prague.

We headed north west to the northern most part of Bohemia. An area in Czech known as Český ráj, close to the German border.

The area is famous for its odd sandstone outcrops and columns. Finding our destination of Hrubá Skála proved to be a bit of a challenge for the satnav put it at the other end of the country. We also tried Český Ráj but that was impossible also as it refers to a region rather than a destination. The drive up was really nice as we passed through a large slice of the countryside. Apple trees lined the roads with fields of soya beans, corn, sorghum, hay bales and sunflowers with drooping heads stretched out on either side. The roads with no shoulder, which are quite common in Czech republic, were a bit of a challenge especially the smaller roads through the forests where the shadows disguise the road meeting trucks and tractors on corners was a bit hair raising. 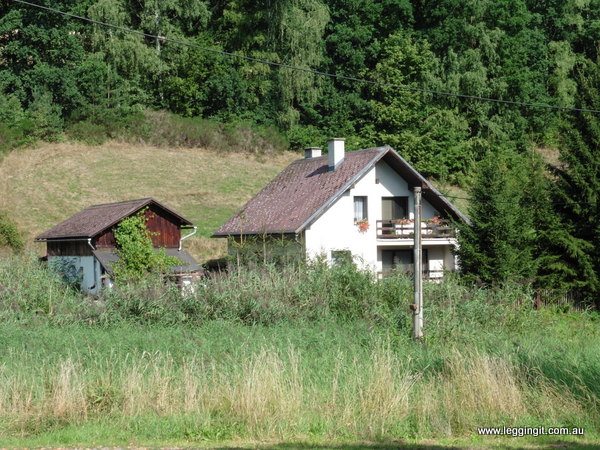 Despite all that, the scenic route was really something else, and we took a break in a one pub village which once again proved to be a great choice.
After lunch we rechecked the large map outside the pub and found we were fairly close to our destination. The satnav lead us to the village of Hrubá Skála, which we’ve since discovered shares its name with the chateau. So after a trek around the village at the bottom of the hills trying to find a road up into the hills we finally saw the sign to the Chateau. Parking wasn’t a problem for there was a manned carpark, along with a row of outdoor eateries and market style stores selling tourist trinkets. 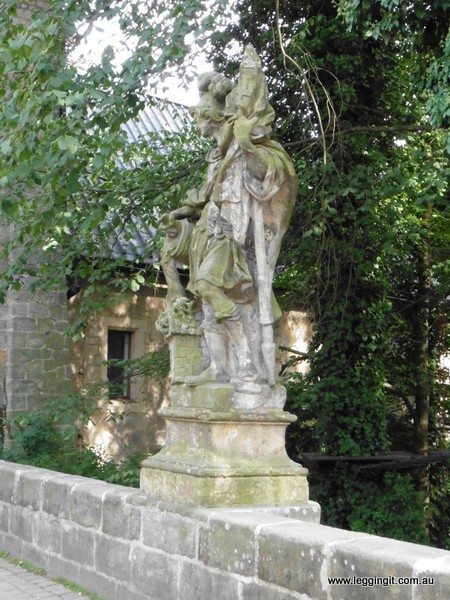 Hrubá Skála was originally a Gothic castle, built around 1300 on a rocky outcrop and it gets its name from the Czech word Skály which translates to rocks. All that remains of the original building are a well, cellars and remnants of stairs carved into the rock. A Renaissance chateau replaced the castle in the 16th century but like all buildings that are heated by fire and lit by candles it burnt down. Not just once, but twice, firstly in 1710 and then again in 1804.
Near the gatehouse is a beautiful renaissance style church which we took a brief look inside before heading onto the chateau.

To reach the chateau you have to cross a stone bridge that spans a steep-sided gorge which also hosts high wires and cables which are part of a higher ropes course. On the other side of the bridge an arched gateway leads into a beautiful courtyard with an ivy-covered wing of round towers at one end and the neo-gothic mansion at the other. Some of the old designs are still visible on the walls. These days it’s a luxury hotel but there’s still access certain parts of the grounds. There’s also a restaurant inside, which looked really snazzy with chandeliers and beautifully laid tables. They even have tables out on the courtyard which is great on a nice sunny day. We took a look around the courtyard and the tower which has some great views down the valley and over the village of Hrubá Skála. 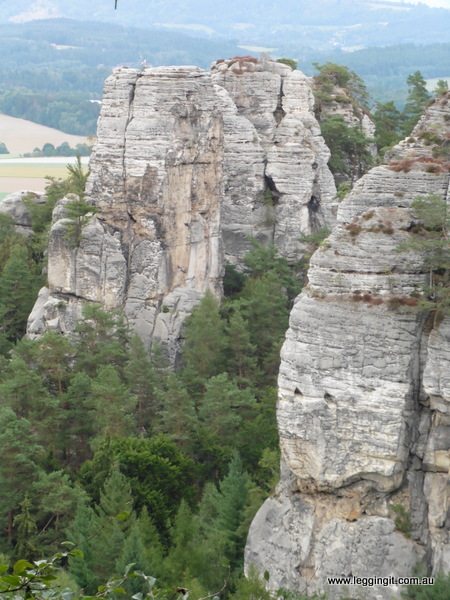 As we were still looking for some close up views of the sandstone columns we headed on to Hrad Vildštejn (Castle Vildštejn).
The trek up to Hrad Vildštejn was pretty hard going as the road to the top is pedestrian only. Not far from the carpark a sign pointed off the one lane road to a pretty rough walking path through the forest. The path wound around the ridge, slowly rising up through the forest and was pretty steep in some areas. In areas it is sort of cobbled but nature is reclaiming the land with tree roots sticking up through it. We were wondering how the hell they got carts up the hill in days gone by as it was pretty precarious. The trail eventually rose up a 45 degree slope before passing under the castle bridge and emerging near the Hospûdka na chaloupcē, a quaint little restaurant bar. After the trek up the hill we were looking forward to a drink but settled on a magnum instead. 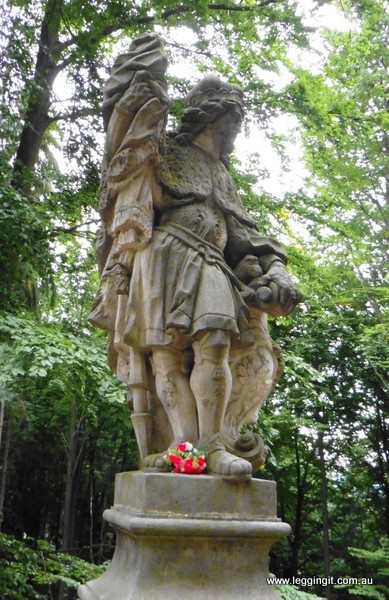 Hrad Vildštejn or Vildštejn castle was built on a rock promontory above Lobník Stream late in the 13th century. It was destroyed in the 14th century with only the foundation walls and moats surviving until the present day. It also has a chateau built on it. Jan Amos Komenský, a Czech protestant priest and member of The Brotherhood, allegedly hid here on his escape from Fulnek in 1621. Like Hrubá Skála it has a long bridge leading to the gatehouse lined with statues of saints. As we arrived late only Gerry who sprinted off up the hill got a chance to look around inside. When Gerry returned, he and Ron set off for a viewpoint to take some more photos of the sandstone columns. I couldn’t walk any further so after a rest Deb and I headed back down the trail to the car-park. Up on the promontory Ron and Gerry had some great views of the columns but said it was the sort of countryside where you watch your step because on the sheer cliffs it’s a long way down.
On the way back down they decided to follow the paved road and said it was a little longer but a whole lot easier. It also took them around different parts of the castle.
By the time Ron and Gerry made it back to the carpark it was getting late, so with no time to spare we headed back to Prague.
Finding the apartment was easy enough but finding a parking spot was impossible. We parked up in the park across the road while we rang the apartment owner to organise a key, and Ron searched for a parking spot. Pretty soon we had a park and the owner had arrived. The apartment was in an old grey communist era apartment block with graffiti covering the outside wall. Looks can be deceiving because inside it was a beautifully decorated two room unit, with all the conveniences, even a hot tub. After a quick trip to the local convenience store which was only three doors away we settled down for a night of cards. Tomorrow we head to Pilsen (Plzen) which we are all looking forward to. If it’s as nice as Olomouc it’ll be a cracking spot.