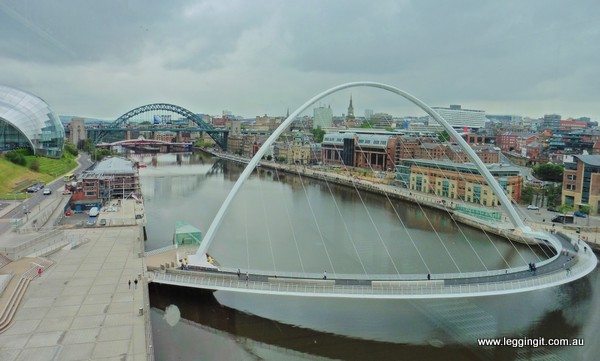 As the weather was forecasting rain we left the bike at home and took the bus into Newcastle. I’d found a Newcastle Walking Tour  on a local blog and decided to check out the sights on it today. We love walking tours and try and do one especially in big cities as they both help us get our bearings but also give us some quirky historical information about the city. Luckily for us this tour did both. 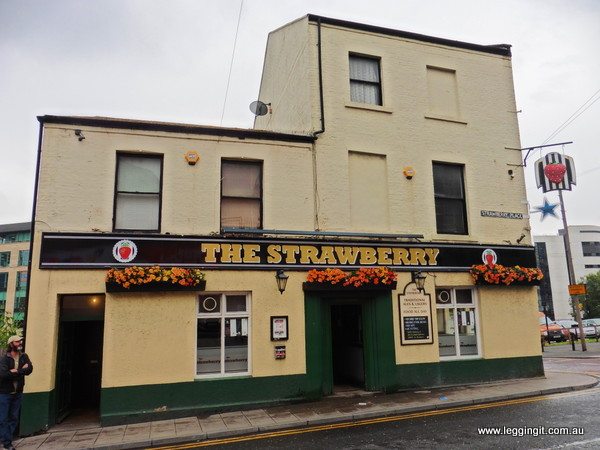 Leaving Newgate our first stop was the Strawberry Pub, across the road from the Gallowgate entrance to the home ground of the Newcastle Football Club. The Strawberry is chockas with memorabilia, with everything you ever wanted to know about the black and whites adorning the wall.

It’s also a great place to grab a bite to eat and we ordered a toastie each. Well two ham and cheese toasties with chips turned up alright but Steve Hooker would’ve had trouble pole vaulting over them, they were enormous.

After our break our next stop took us to Chinatown, which seems a bit out of place. We followed along the old city walls, 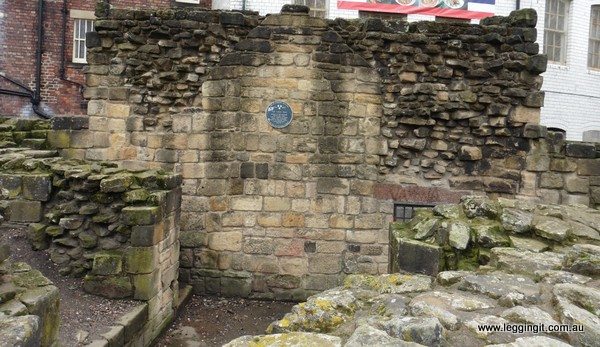 past the site of the old lead smelter, around the old cloisters winding down to the New Castle and the Cathedral of St Nicholas. 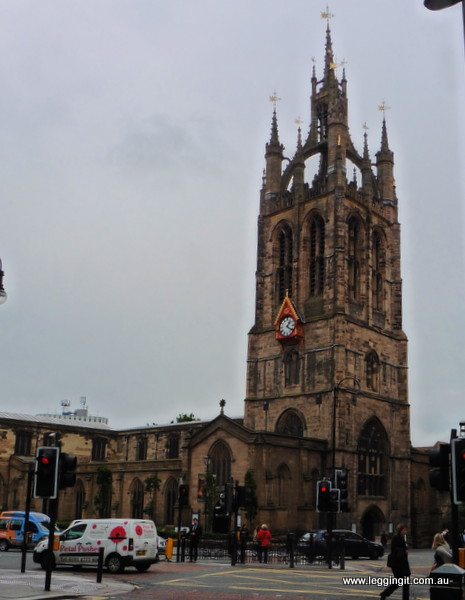 Newcastle Cathedral is different to other cathedrals further south because the original burnt down and this cathedral dates from 1350. The interior has a beautiful wooden ceiling and internal arches which are unlike the gothic ones throughout England.

Not far from the cathedral is the New Castle which gives the city its name. In 1080 a wooden castle was built here replacing an old roman fort, hence the name New Castle Upon Tyne. The current castle and nearby Black gate was built in 1170’s when they realised that wood burns and the Scots love to burn wooden castles. 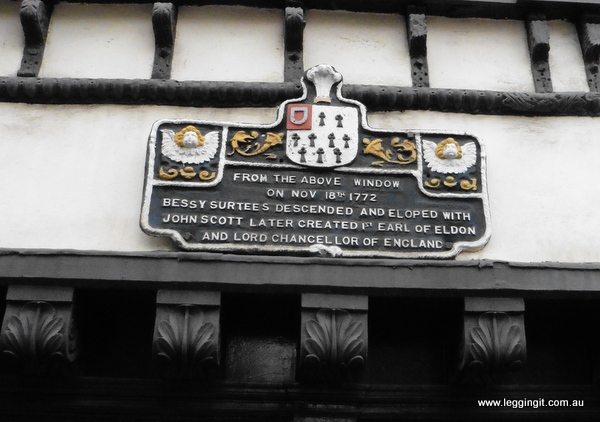 Venturing further on our tour took us down dogleg stairs mentioned in a Dire Straits song to Bessie Surtees’ house. It’s two merchants buildings from the 16th and 17th century. It was here that John Scott eloped with Bessie Surtees, the bankers daughter, by putting a ladder to her window. They escaped over the Scottish border to Blackshields where they wed. Neither family was happy but eventually they reconciled and John went on to become Lord High Chancellor of England and 1st Earl of Eldon. The building was rescued from being demolished and now has been opened to the public. As with all old wooden buildings the floors are all up and down. There’s also a bit of history about the two families. 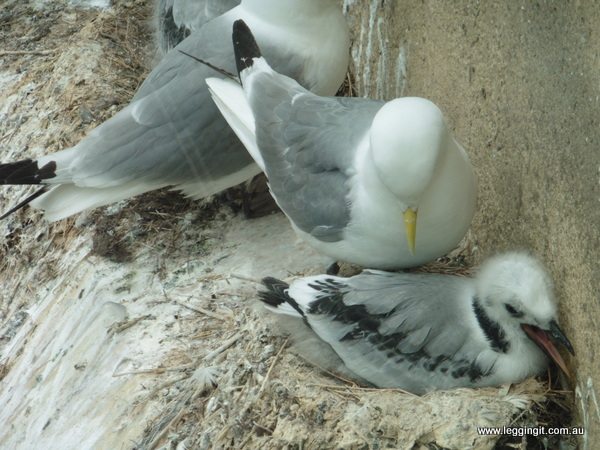 As we continued through Sandgate we became a ware of birds screeching and looking around most of the buildings and all over the Tyne Bridge Kittiwakes had built nests. The Kittiwakes normally nest in offshore islands but have made this part of Newcastle their home. It also a sign of how the industrial centre of the city has cleaned up its act with the birds fishing in the river Tyne. Not all the buildings were happy to have screeching birds nesting on their ledges and many were covered top to bottom with bird netting. 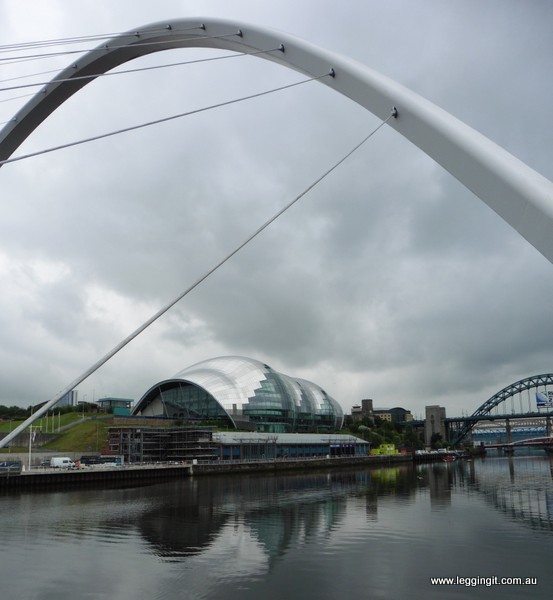 Across the river Tyne at Gateshead is Sage, a massive music venue that has been described as a giant silver slug or a condom. It’s part of the redevelopment of the river district which includes the Millennium Bridge, a pedestrian walkway which levers to allow ships to pass underneath and the Baltic Centre for Contemporary Art. We took a look at some of the exhibits in Baltic which left us wondering what made this art more worthy of exhibiting.
As the time was getting on we made our way back to Newgate to catch a bus. We really enjoyed the walk, it was a nice change from being in a group where you can;y just stop when you feel like it.