Our breakfast came to a screaming halt this morning as a strange burning smell filled the hotels restaurant. At first we thought it was a light but the smell was everywhere. There were no sirens, alarms or smoke so we returned to the room by the stairs and hurriedly packed, looking out the window every time we heard a siren. By the time our bags were packed about five vehicles had gone past but as none had arrived Ron headed to the carpark and packed the bike whilst I checked out.

In the carpark the painters were busy repainting so the bike was covered in drop sheets but soon they were off and we were on the road heading north. 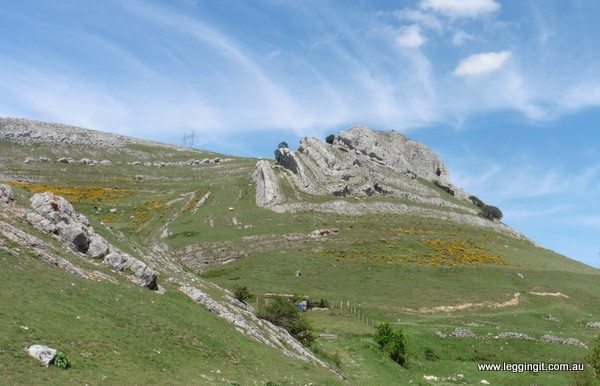 We took the back roads to Sasamon looking for some heads mentioned in the Obscura. Well we didn’t find the heads but we had a great ride through long sweeping plains covered in fields of rapeseed, wheat, vineyards, and beautiful wild flowers of white and yellow daisy, lavender and blood red poppies lining the road side. 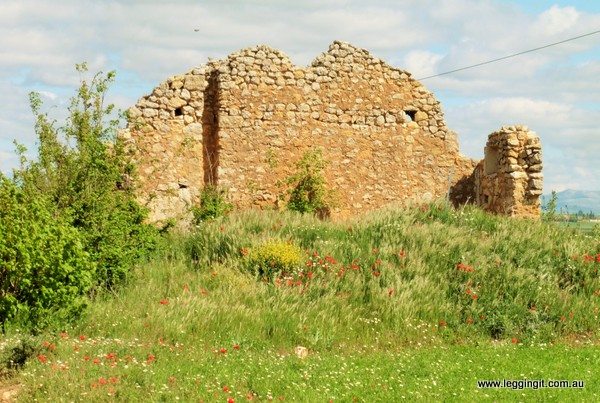 Little towns and villages dotted the landscape with rustic stone and brick houses circling the local church. As it was close to lunchtime we headed on to Burgos, which surprised us how huge it was. The Menu of the day was a drink, salad, pizza and dessert for €12:50, a it pricey but still ok. The food was great apart from Ron’s Cappriciosa pizza which just had too much topping so it had no distinct flavour. 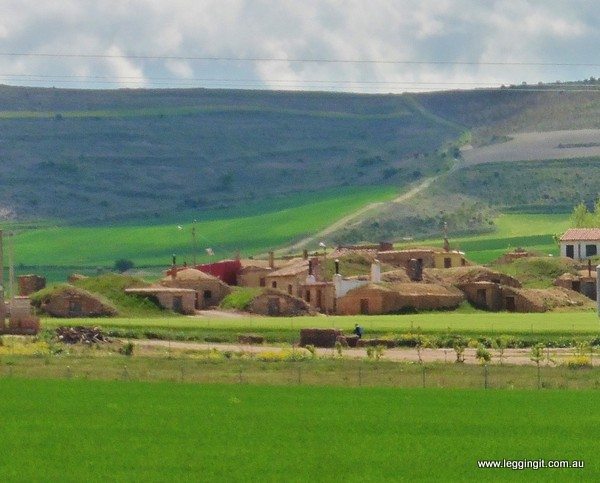 Back on the road we got on the back roads again (BU- I think it stands for back up) and it took us through more beautiful farming country, hills and more picturesque little villages. A lot of the villages had rooms cut into the surrounding hills, cliffs and just dug into the ground. We supposed they were cellars or maybe tombs but the jury is out. 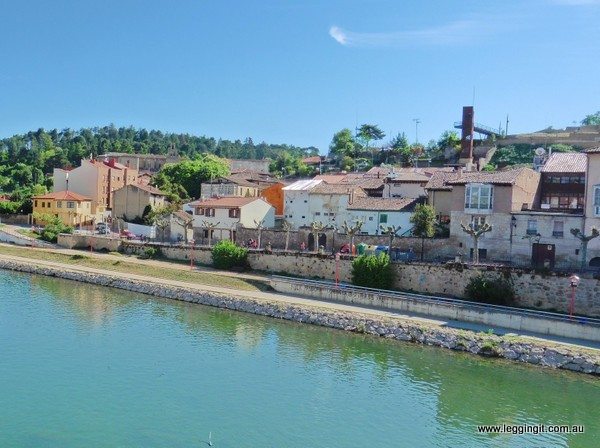 Arriving in Miranda De Ebro we easily found the monastery where we were staying and booked in. Wow what a fabulous hotel. After checking in we walked around town, checking out our side of the river which is filled with houses and buildings from medieval times down through the different centuries. Some of them look like they haven’t had any new paint since then but many have been renovated and are looking really great. 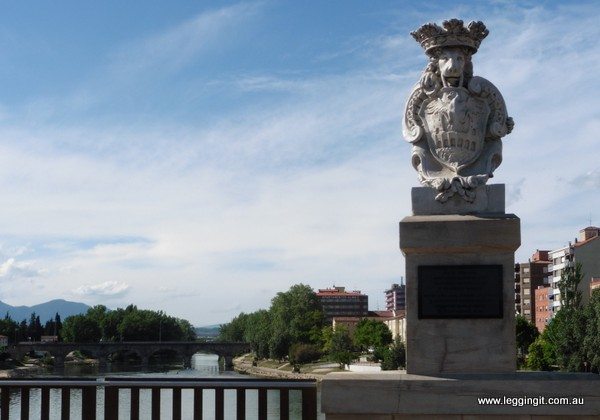 There’s an old bridge linking the old part of the city with the new which dates back to the 10th century. There’s heaps of outdoor cafe’s in the new and old cities so we just picked one in the old city and was surprised how cheap it was compared o just down the road in Burgos. It was great just soaking up the sun in the village square tomorrow we head to the ferry so every bit of sunshine help. 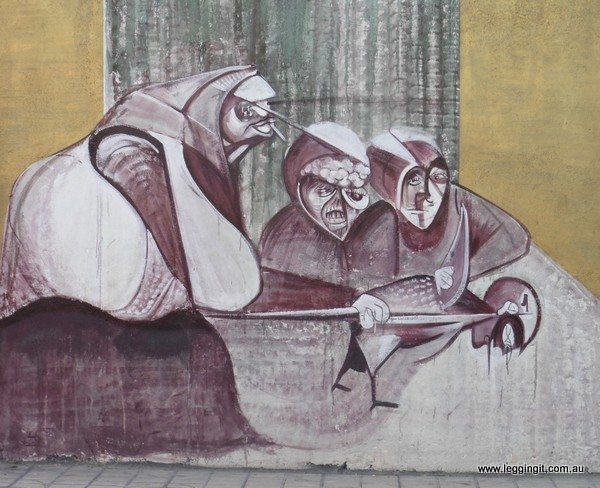