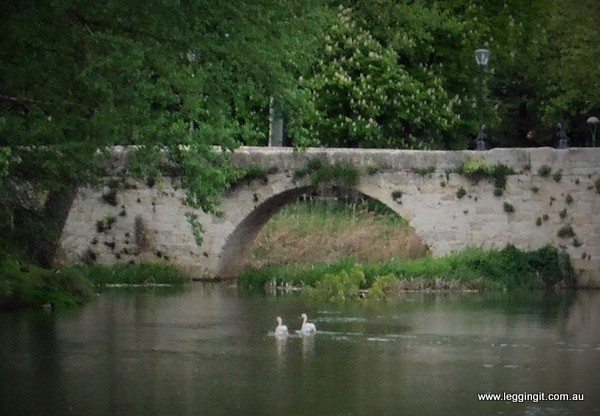 Heading north from Salamanca to catch the ferry at Bilbao we decided to have an overnight break at Palencia.
Checking into the Hotel wasn’t as hard as expected although the receptionist didn’t speak a single word of English.

The room was beautiful set on the second floor, with heated floor tiles which was quite unusual. The sneaky buggers however, charge an extra €5 to park the bike in their own carpark under the hotel. 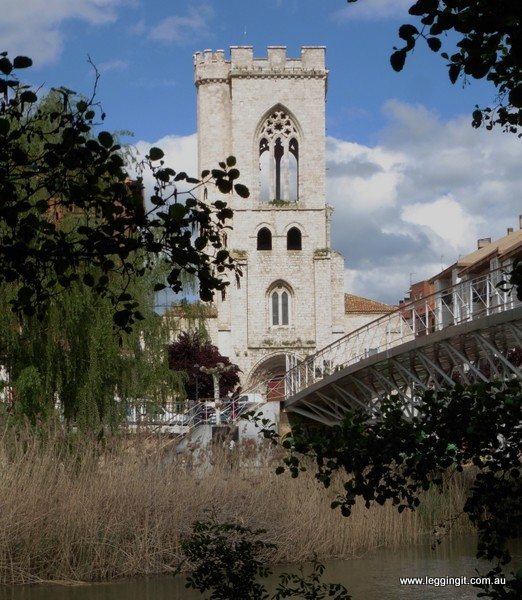 As we’d arrived early we took a walk around town. The free tourist map is really good with different walking tours marked on the map. Not far from the hotel is the cathedral, known officially as the Holy Cathedral Basilica of St. Antolín. The cathedral, like everything in Spain, closes for lunch so we continued on our walk discovering that basically the whole town had shut down for siesta.

Returning to the Cathedral we were stunned to find that they charge an entrance fee of €5, with a small map to find your way around but no other information, guide books are extra. The Cathedral is quite large surprisingly for a rural centre and is dedicated to St. Antolín, whose chapel still contains relics. St. Antolín or St Antoninus of Pamiers was born in Pamiers and spent his life as a missionary before being martyred at Vallis Nobilis, now Saint-Antonin-Noble-Val in the French Pyrenees. He is said to have lived somewhere between the 1st and 5th century as he is often confused with other missionaries of the same name and supposedly performed many miracles. The relics (bits of his body) supposedly were brought back from Syria. 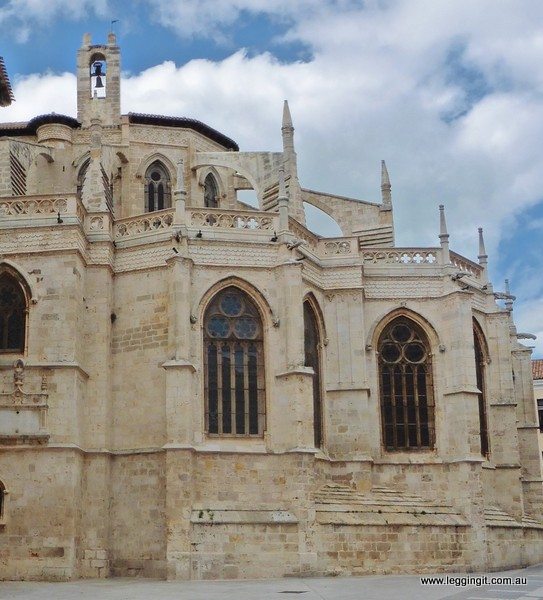 Beneath the cathedral is the crypt of St Antolin, an early temple which was built by the Visigoths back in the seventh century. Walking down into the crypt is a trip back in time with oil lamps hanging from the arched ceiling, carved pillars and curved windows with narrow slits which now are part of the foundations of the cathedral.
One odd tomb we found near the chapel of the Shrine was the tomb of Ines de Osorio, a noble lady who died a widow and childless. In her will she left a large sum of money to the cathedral with which they could finish the vaults of the transept and a few other areas. On her tomb is a statue of herself but at the feet is a small girl with pigtails. We googled her name and were amazed to discover that the girl with pigtails was actually her maid in waiting. Local tradition for all students is to pull the girls pigtails for good luck in exams. Sadly we did not get a clear photo but here you can see some images. 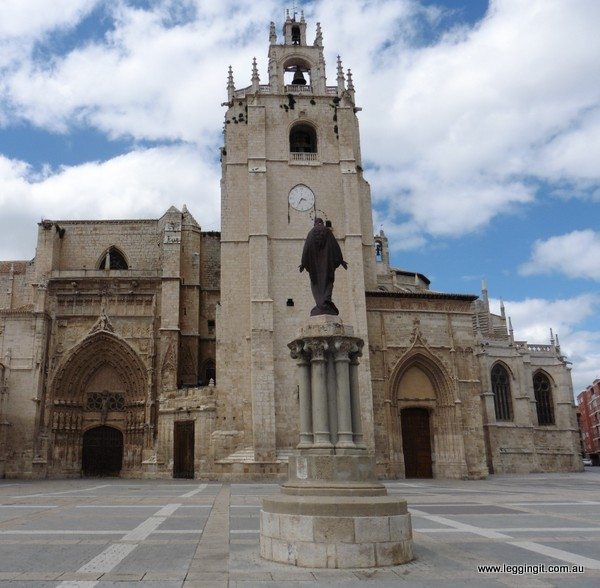 The cathedral is the only one built in Spain during the 14th century being built over the existing buildings. The exterior is pretty plain and maybe reflects its functionality or even the mindset of the builders. The cathedral ticks all the boxes for architecture as it has all the different styles through the ages visigoth, romanesque, gothic, renaissance and some beautifully decorated chapels, everything you’d expect from a cathedral. The ticket price however, at €7 you’d expect a brief history leaflet but this cathedral is about making money so guidebooks were extra, and at this price really was a rip off.

Around the city there are some nice walks along the river and we spotted some swans with cygnets. The adult swans were plucking reeds out of the bottom of the river and feeding the young ones. It was something we’d never seen before. 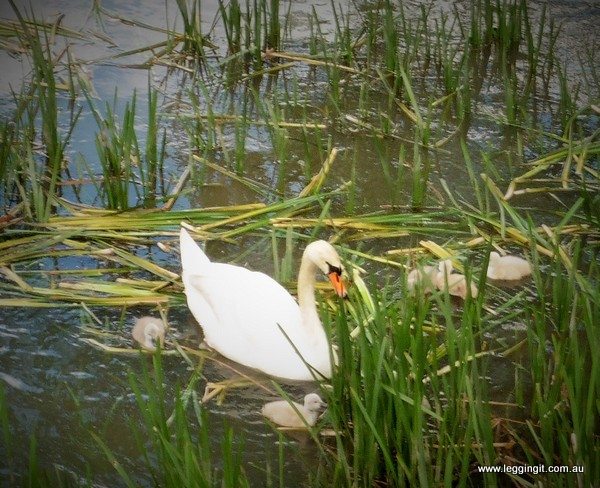 As the day was so lovely and sunny we walked around following the self guided tours which was quite interesting.

One thing about Palencia we discovered was although accommodation was quite cheap, finding a reasonably priced place to eat was pretty challenging and eventually we settled on a local kebab shop.
The next morning as we ate breakfast a strange burning smell wafted through the restaurant. No alarms were going off but not taking any chances we hurriedly packed and headed for the road. Next stop Miranda De Ebro.