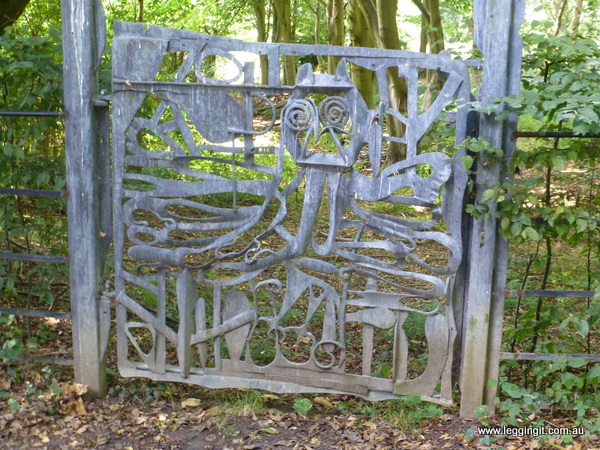 It was great to be back on the road after three weeks. We been house sitting a beautiful house in the countryside outside of London for just over two weeks. The house was in a little English village with the local church dating back over 1000 years and historic houses just about everywhere.

We also looked after a few dogs which were great fun to walk. Around the area were lots of public walkways through fields and properties. Using the local Woman’s Institute booklet we were able to follow some of their walk trails.

Around the area were lots of farms, woodlands and great little village pubs. We visited most of the little pubs during our stay as British pubs have got a great social atmosphere.

It wasn’t all beer and skittles however as during this time we went through the process to register the Princess. Registering an imported motorcycle can be tricky, but being an overseas citizen makes it just a little harder. We ordered our paperwork from DVLA weeks before to minimise delays. The first step was to contact HM Revenue and Customs to tell them we were importing a vehicle from the EU. This was pretty easy as it was all online.

In the meantime we booked the bike into a local bike shop and got it MOT’d (a certificate to say the bike is safe to drive on the road). We had to wait 2 working days after contacting Customs before we sent our registration documents to the DVLA. The DVLA paperwork was really confusing with lots of technical questions. Our first hurdle was our address. Although we had our last motorcycle registered at our address that was not proof enough for the DVLA to register our next motorcycle. Try figuring that one out. One of the requirements was Proof of residence ie utility bills, bank account. We tried to open a bank account but without proof of residence it was impossible. It seemed like we were going around in circles until we were told that we could send a utility bill from where we were sharing would be ok. At the same time we were trying to insure the motorcycle and surprisingly the company who insured the last bike refused us because we weren’t British residents. It was really odd as we’d told them a number of times of our situation. Eventually however just when we were about ready to call it quits and leave this “god forsaken place” we got insurance. Yeah.

After about ten days we rang the DVLA who refused to tell us what the progress of our registration was, bloody annoying waiting.

We dropped the bike back into Moore’s at Hemel, for a major service. I could’ve done the service myself in Denmark. We helped a mate do exactly the same service however as we arrived at his place on a Saturday afternoon I couldn’t source all the filters and plugs. This time however I didn’t have all the tools so we let them get on with it.

After two weeks we called the DVLA again and this time spoke to a nice bloke who informed us that our request had been refused and the paperwork had been returned, however it’d been returned to the wrong address. It was really frustrating. The guy was pretty good however giving me his address to send it to when we returned the paperwork.
We got a friend Phil to call them again as he was a local and spoke “English”. lol

It was a great move as we then found out that the paperwork had been sent to Yorkshire, the date it’d been sent, and that something hadn’t been signed. All eyes were then on me that somehow I’d stuffed up and not signed the paperwork, but I was positive that I’d done it. However, I’m sure there were a few whispers behind hands.

As we weren’t sure how long before the paperwork would be found and returned we tried to speed the process up by getting new paperwork. It was so annoying as all the originals of certificate of conformities, matriculation certificate, bill of sale, postal money orders, everything had been sent.

There are no local DVLA offices so we weren’t able to talk to a local representative, and nowhere to pick up paperwork locally. The only way was through the office in Swansea and they said to allow two weeks. Man this was going to take forever.

The uncertainty of waiting for the mail was frustrating however the redirected letter from DVLA arrived two days later. When I opened it I checked the paperwork and I had signed everything. The paperwork was rejected because the utility bill wasn’t accompanied by a note to say that I was living at the address and signed by Michele’s mum. Quite mind boggling how I can register one bike at the address but to register he next one we need a note from a parent. Michele’s mum wrote the note and we walked to the local post and resent the paperwork addressing it attention to the guy we’d spoken to. Fingers crossed it wouldn’t take too long to process it.

In the meantime we booked accommodation in London for a few days to check out a few places we hadn’t seen last time we were in England. It was also a good stress reliever. Our AirBnB hosts were really wonderful showing us where the bus stops were, the places to get our phone fixed, places to eat. During our three days we visited the Imperial War Museum, took the Jack the Ripper walking tour, the Rock and Roll tour and visited the Tower of London to check out the poppy installation which is part of the centenary of the First World War. By November there’ll be close to one million ceramic poppies, each one representing a British or Commonwealth soldier killed during the war. It’s a pretty powerful sight flowing out from the castles walls and around the moat and on towards the Thames.

Returning back to Michele’s mum’s we picked the bike up from Moore’s all serviced and ready to go.

As the third week came to an end the stress levels were pretty high. Our housesit in Scotland was programmed for Tuesday and we still had no rego papers although they had been approved and sent. When the postie poked a brown envelope through the mail slot our hopes were high only to be dashed when we realised they were a set of import paperwork we’d ordered when our originals went astray. When Saturdays delivery arrived I noticed a brown envelope so checked it out and sure enough the rego papers had arrived. Unnoticed I slipped the envelope into my pocket and whipped out the paperwork ta da. Freeeeeedommmmmm.

We slipped down to Moore’s again and had a number plate printed off then celebrated with lunch at the Boot, at Belsize, what a great little pub with delicious reasonably priced food. We were almost becoming regulars.

Sunday morning dawned and we dragged our heels a bit, slowly packed the bike up rearranging our load and somehow finding more space……I dunno how.

Eventually we headed off, just as the skies opened up, we think we have a big dark cloud that follow us when we travel in England.

The satnav of course was flat because someone didn’t plug it in, but it was irrelevant because we were on the open road again “Wild Hogs Baby”.

We just headed up the M25 motorway legging it for The North. Most of the way was pretty uninspiring rain showers, road works, gusty wind and the occasional burst of sunshine.

Every time we stopped for a break the sun was out and when we climbed back on the bike the rain started again. It was if it was following us.

As we got up around Hull we left the motorway and got onto the A roads again. The A roads are much smaller but a whole lot more enjoyable as they wind through farmland, towns and villages.

It was interesting as we travelled through Nottingham County we passed Sherwood Forrest. Visions of Robin Hood and his merry men running through the forest chased by the sheriff of Nottingham came flooding in. Further along the way were signs of the illusive hero with pubs named in his honour, and a sign to Robin Hood Bay.

Eventually we made it to Scarborough a quaint little seaside town. It was as we’d imagined seaside towns would look. Rows of Victorian style buildings lined the streets. Most painted white and with big bay windows. The town is perched on two cliffs split down the middle by a big gully which runs down to the sea. A road bridge an a foot bridge join the two.

Finding a hotel wasn’t too hard, there were a few with their shingles out and we found one, The Granville, at quite a reasonable price with breakfast included. The room was nice with a big bay window, owner was pleasant and helpful so we felt quite relaxed. We went for a wander around the town. People were playing on the beach (in their raincoats), there was an amusement area on the beachfront, a very English scene indeed. After dinner in a nice little Italian restaurant, complete with Italian chef it was time to head back to the hotel. Unfortunately we arrived a bit late for the daily sea battle at Peasholm Park where local model boat enthusiasts battle it out. If we can get the room for the second night we’ll check it out tomorrow.