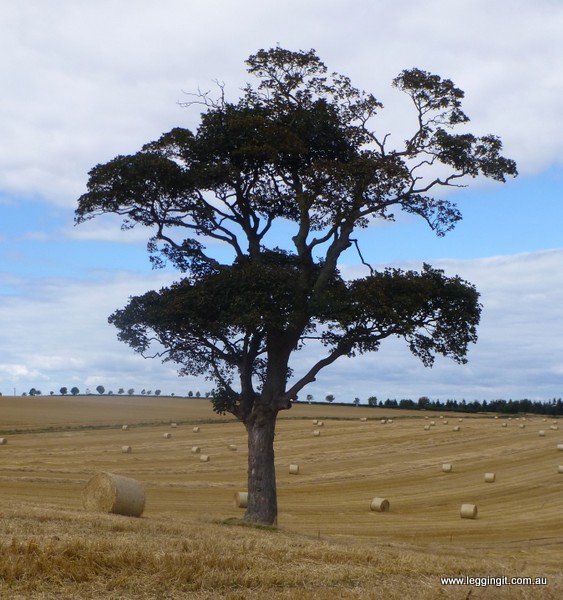 Blessed with another stunning day we decided we would go exploring the coast between Dunbar and Edinburgh. We headed out for breakfast. One of the local pubs has breakfast, we discovered they do really good meals but really average breakfasts :-(.

We then headed off to explore a small town called Haddington….it turns out it is almost a case of the last person out please turn off the lights. It seemed nearly every building was for sale so we decided not to stay.

Next stop was Athelstaneford , this is the place where the Scottish flag was first seen. This happened in 800s and makes the Scottish Saltine the oldest flag of all Commonwealth countries.They have an interesting tiny museum set up in a Dovecot. Dovecot’s were used by the rich in the area to keep their pigeons so they could eat well in winter. They let the pigeons out and they fed on all the farmers crops and came home big and ready to be eaten.

From here we headed to North Berwick and spent a few hours wandering around the coastline.

It is a bustling seaside town and it had many day trippers enjoying the beautiful day. We had read there was a plane doing aerobatics along the coast at 3.30pm but it never turned up.

North Berwick is also home of the home of the Scottish Seabird Centre, they have webcams on many bird colonies around Scotland so you can see what they are up to. We didn’t go in as this time of the year many have moved on and all we could see was Gannets. They also have trips out to a local island to see the seabirds there if you want.

Back on the bike we headed along the coast riding through many small towns and seeing some really big houses as well. We then stopped for fish and chips in a stand near the coast before heading home.