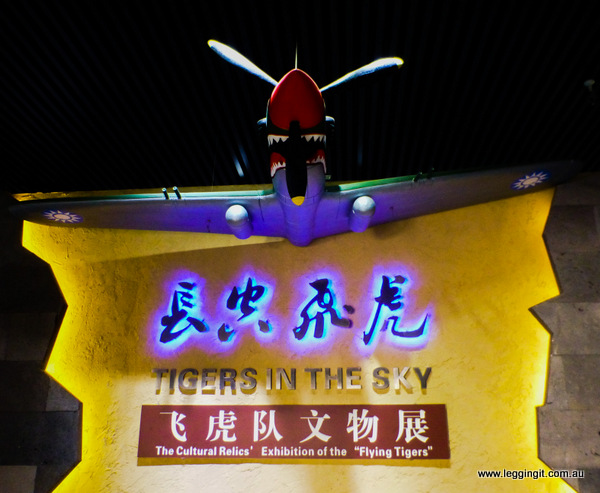 Sleeping in has been rare on the trip as there’s always a bus or train to catch or a tour booked, so it was nice to take it easy this morning and have a late start.

We wandered up to breakfast about 10 ish and ordered a Dutch Breakfast three eggs, mozzarella cheese, bacon, grape tomatoes on thick crusty toast with a side salad (to fool everyone into thinking its healthy) Michele had Eggs Bacon, cheese, tomato on a bun(a bit like mine but not as healthy lol)

One thing I find hard to get my head around is that they serve warm water before every meal.  You pick the glass up feeling the warmth (your brain thinks ah it’s just come out of the dishwasher) then you drink it. That’s when the alarm bells start ringing. The voice in your head starts going “What the …..this is warm!” Well it could be just me?

While we were sitting drinking coffee we caught up with Dave (who we hardly recognised because he looked so healthy) and Ben sporting a rather stylish designer growth beard. We had a chat to the two lads about travelling, soccer and footy. They’re great blokes having the time of their lives .

We decided to go to the Kunming Museum, so walked up to Renming Zhong Lu. Across the road in the park an old man was wrestling with a kite stuck in a tree with not much success.  We caught the number 2 bus to Tuo Duong Lu and walked the couple of blocks dodging scooters of the footpath, as you do.(sometimes walking on the footpath is like being in a game of frogger and you’re the frog)

The Kunming Museum is pretty deserted but has a free entry fee (very unusual). The bottom floor on one side has a Bronze Age exhibit, with all sorts of tools, weapons, drums and ceremonial goods made from bronze dating back a few hundred years BC to about 800 AD when iron took over.

The next exhibit were photos taken during the final year of the war in China by an American soldier. There were some beautiful black and white shots of Kunming, local people, housing, the countryside and all sorts of war photos in China. One particular stirring one of a refugee carrying two small children in baskets suspended from a bamboo pole draped across his shoulder with a white flag flying above one basket covered in Chinese character writing. The exhibit really captured a moment in time.

We headed upstairs to the Flying Tiger exhibit. The Flying Tigers started life as the American Volunteer Force in the days before America entered the Second World War. The Japanese had invaded China and destroyed the National Air Force. Word of the atrocities stirred many men who joined the volunteer force, headed by Claire Chennault. When looking for an emblem a local suggested a tiger was the fiercest creature, so a flying tiger would be even fiercer so hence the Flying Tiger was born.

They were famous for flying Curtiss P40’s with Shark teeth across the front and flying tiger emblems painted across their fuselage. But through the war they flew an array of fighters, transports and bombers. They also flew much needed stores from Burma and aided the RAF fighting the Japanese in Burma. The exhibit tells the story and pays homage to those who fought against the Japanese to liberate China. This including the locals who repaired bombed out airstrips, carried stores,  supported the troops and pilots, fought on the ground and in the air as Flying Tigers. Kunming was one of the places where the Flying Tigers launched hit and run raids against the Japanese so they are very dear to the city. It really was a good exhibit.

We caught the number 2 bus back and went looking for lunch, finally settling for another Muslim Chinese restaurant. We pointed to a couple of pictures on the wall and then watched as a young bloke started making noodles “old school way”.  He made both round and flat noodles and then grabbed a knife and started carving thick noodles off a big chunk of dough. it was amazing watching as he stretched the dough twisted and repeated until there were lines in the dough then he just flicked it up and down and hey presto it separated. A peppery beef soup arrived followed by chicken with flat noodles in a North West Chinese sauce followed by beef capsicum and onions with round noodles. The fresh noodles were so tasty and had great texture like nothing else we’ve eaten.

We returned to the hostel to pick up our bags and enjoy a nice cup of coffee. Who knows how long it’ll be until we can enjoy a decent cuppa. Overall the Lost Garden Hostel was the friendliest place we’ve stayed in so far. They have the best staff, the meals in the restaurant were awesome, they went out of their way to help us and we really regretted leaving Kunming as we could’ve stayed longer.

We caught the number 2 bus to the train station and showed our tickets put our bags through the detector and were through pretty quickly. Just after 6pm everyone started rushing for the gate so we sort of guessed we could be boarding. All the locals were busily pushing each other jostling for a better spot in the line. We guessed that as we had booked seats we should just wait a bit so we did. When the line was clear we grabbed our bags and calmly walked down to the platform, boarded the train and quickly found our cabin.

The four berth cabin was fairly good quality with a back rest for the bottom bunk so it was quite comfortable. They even had a triangular cotton cloth over the top as a protector. The air-conditioning was next to useless as we could hear it working but when I put my hand on it nothing was coming out. If you could believe the thermometer on the wall the cabin stayed at 24 c the whole time. However, the air was really stuffy so we had to open the door to get some air circulation. We were sharing with 2 Chinese blokes, who had some mates onboard, and spent their time down at the bar so it was pretty quiet as the train passed through the countryside. (For a fast train it sure stops a lot and for long periods)

The carriage has a boiling water point at one end, a washroom with basins at the other end, a squat toilet and a western toilet (which they’d locked). The conductor wasn’t too happy with Michele when she demanded the western toilet to be unlocked, (but Michele was acting in the greater good for all the people who hate squatting)

I grabbed a meal off the porter which consisted of rice, beef with pickled vegetables, chicken with tiny cubed vegies, Tofu in a spicy rank sauce. It wasn’t the best Chinese meal I’ve ever tasted and Michele was pretty lucky not to order, but I just got it down my neck as quick as possible without thinking about it too much. Meanwhile the drinks lady was setting high speed records down the passageway we’d hear her voice and catch a glimpse of her white sneakers as her trolley sped past. Eventually we laid in wait for her and caught her just as her white sneaker passed the door. I held up a bottle of water and pointed to it. She opened her trolley and pulled out one and said something holding up three fingers. I pointed to the bottle and held up two fingers. She said something and held up three fingers. I thought to myself “is this going to go all night, before she realises I want two …….. bottles”. I then held up six fingers and the penny dropped for her, well actually ¥6.lol

The conductor came through after everyone’s tickets, he took them placing them in a zip up folder and swapped them for some hard plastic cards with our seat number on them. Strange…….

About 1100 I called it quits and climbed into the bunk. It was pretty hard to get to sleep with the train stopping and starting and the two Chinese blokes chopping wood in the bunks opposite, but when I did Michele reckoned I chopped a whole forest by myself.